The cheek of it! Samsung and Microsoft have both tried to patent Apple’s pinch-to-zoom.

Microsoft describes their technology thus: “The pinching motion is illustrated as two dotted line circles, which represent locations where the user is touching the touch screen, and simultaneously moving their fingers together. The application interprets this as a zoom-out indication.” The patent was published by the US Patent Office this week, notes Patently Apple.

Samsung’s patent application, reported by Patently Apple the following day, was filed on 30 August 2012 and also published this month. It describes a method for rendering a user interface with a size that “varies in response to a user’s manipulation of the display unit.” 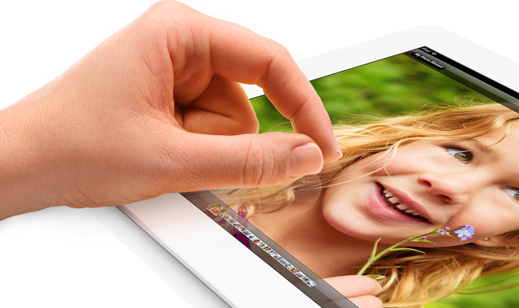 Back in 2010 when HTC introduced pinch-to-zoom functionality in a handset Apple’s late CEO Steve Jobs reportedly “hit the roof”, according to iDownloadBlog’s report. Those two companies have now settled that dispute.

Apple also forced Google to disable multitouch on some Android devices due to its ownership of the patent.

Apple has licensed some of its design patents to Microsoft, but these do not include the pinch-zoom patent.

Pinch to zoom is one of six patents that Samsung was found to have infringed during the Apple v Samsung trial last year.

In December 2012 Samsung filed a complaint seeking to invalidate Apple’s prized pinch zoom patent. The US Patent Office announced that the patent should never have been granted to Apple.

PatentlyApple notes that it’s no wonder everyone wants ownership of this patent as it describes: “perfect features that you have to have in order to be a modern day touch-screen computer”.