The officially licensed Japanese comic series, illustrated by artist Mari Yamazaki, is based on Walter Isaacson’s official Steve Jobs biography. It will be serialised in “female comic” magazine Kiss, which is published by Japan’s largest manga publisher Kodansha.

Pocket-Lint reports that Yamazaki, who has recently unveiled the first illustration from the manga online, has reportedly been chosen to illustrate the story of Steve Jobs because she feels “sympathy” for him, and has a “realistic and charming painting style”.

Yamazaki’s most famous work is Thermae Romae, a manga that has won several awards and also has a movie adaptation. 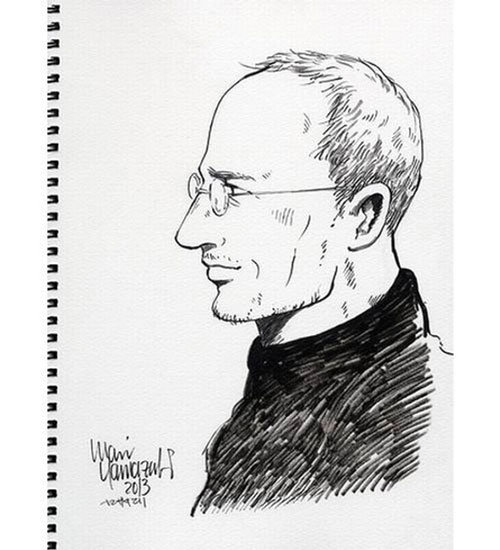 The first part of the manga will be released in Japan on 25 March.

This is not the first Steve Jobs comic book to be created. In January 2012, Bluewater Productions released an unauthorised comic book rendition of the life of Steve Jobs, called ‘Steve Jobs Co-Founder of Apple’. The 32-page comic was criticised for its poor drawings, though.

Walter Isaacson’s biography of Steve Jobs is also being turned into a movie by Sony and The Social Network’s screenwriter Aaron Sorkin.

A separate Steve Jobs film, jOBS, which stars Two And A Half Men actor Ashton Kutcher, premiered in January to mixed reviews.

Tim Cook describes CEO transition with Steve Jobs: ‘I was surprised, I thought Steve was getting better’

Detailed Steve Jobs figure set to ship this month, but will it get banned?