Speculation that Apple is gearing up to release an iWatch is reaching fever point, with every tech pundit and his dog speculating rampantly about what the iWatch could, would, and sometimes foolhardly stating what the iWatch will feature.

According to all the pundits: Apple iWatch will come out this year ( or in three years time), will run iOS, will have Siri, 4G LTE, and be made from solid metal (probably that old LiquidMetal chestnut) and the iWatch will make a ton of money for Apple. All of this is pure speculation, which is a lot of the fun of being an Apple fan, but not very informative.

What nobody seems to be able to answer is why?

What market will the iWatch disrupt? The watch market… who cares? We’re not saying it’s a tiny market, but is it seriously failing at what it does?

Time Magazine recently asked: “Has Apple finished disrupting markets?” Not likely is our swift answer, it’s not stopped yet.

The Guardian’s Jean-Louis Gassée has some interesting thoughts on the watch industry in general, i this “Can Apple do it again with the iWatch” piece He looks at the current watch industry, with its either cheap-but-clumsy digital watches or ludicrously expensive mechanical time-keeping mechanisms-cum-fashion-statements.

He notes that the watch really isn’t anything to do with time-keeping, but fashion. “Watches are no longer judged for their temporal accuracy, but for their beauty and, just as important, for the number and ingeniousness of their complications… but each new function introduces UI complexity, as this page from the instruction manual for my Seiko multi-function watch establishes.” 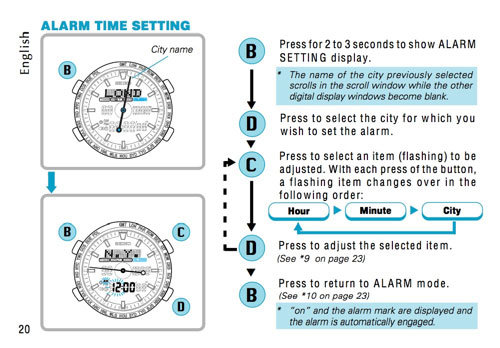 So the watch market is clumsy and rudimentary and has a pre multi-touch feel to it. Almost like the mobile phone market before Apple came along and stomped all over it.

The problem with this is that watches still work as, well… watches. In that they tell the time. Indeed the biggest threat we can see to the watch market has been the mobile phone, a device that most people have on them at all times that tells them the time, amongst a myriad of other functions.

A quick straw-poll of the Macworld team reveals three people still wearing a watch. “I always wear it. I miss it if I lose it.. and if I don’t have it I’m endlessly looking at my wrist” says Karen Haslam, Macworld Editor.

Nick Hayek Jr. head of Swatch GroupAG really doesn’t seem to care too much about the iWatch either. “Personally, I don’t believe it’s the next revolution,” the chief of the largest Swiss watchmaker said at a press conference on annual results in Grenchen, Switzerland. “Replacing an iPhone with an interactive terminal on your wrist is difficult. You can’t have an immense display.”

It’s even harder to imagine Cartier or Gucci being worried by Apple. While James Bond needs a timepiece, he’s hardly likely to swap the Rolex for an iWatch, and neither are people buying luxury Swiss-brand watches. They’re different devices, sold for different purposes. A Rolex is a style statement, specifically one that suggests the owner is ‘minted’ rather than fulfilling any functional need (other than, perhaps, the obvious one related to power and wealth being an aphrodisiac).

However, as design and management ‘surgeon’ Kontra reminds us, Palm CEO Ed Colligan once said: “We’ve learned and struggled for a few years here figuring out how to make a decent phone… PC guys are not going to just figure this out. They’re not going to just walk in.”

Which is exactly what Apple did with the iPhone. They walked in with a device that was much more advanced than anything anybody thought of. One that fulfilled a need that wasn’t even conceivable at the time.

In fact, most devices that Apple created that shook up a market were consistently derided by the manufacturers of devices in the top spot at the time. From Palm deriding the iPhone, to BlackBerry

For fun read this BusinessInsider piece called “All the dumb things RIM’s CEOs said while Apple and Android ate their lunch” whenever any business leader derides Apple speculation.

But what problem does the iWatch solve? That’s a much bigger question. The problem of telling the time, of a stopwatch on your finger? We can’t really see a problem here, even if current digital watches are a bit clunky. Is there a huge pent-up demand for a stopwatch with a swish multi-touch interface that we’re unaware of? Or digital alarm clock that can be voice activated?

Apple is good at finding solutions to problems that we didn’t know existed, such as the iPhone which didn’t so much replace the mobile phone as give us a pocket-sized computer that worked. But it has to be something other than the watch itself? If Apple’s making a watch then it’s disrupting something, but it’s not the watch industry.