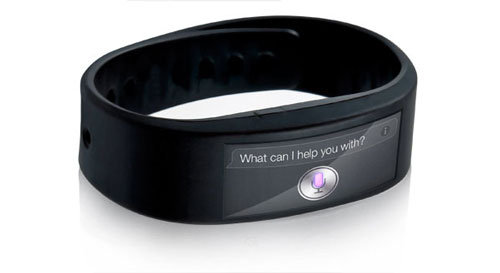 Much of the tech speculation surrounding the iWatch seems to focus on what the mythical iWatch will be, rather than what it will do.

So let’s assume that the iWatch is coming out. While we’re at it let’s take a punt and suggest that Apple’s going to make it work, insofar as putting an iOS-powered touchscreen display on your wrist. Battery life is good enough, charging is easy enough, it has good connections (probably wireless), the screen displays the info you need, and the interface (both touch-based and Siri-based) works for what it does.

You’re now wearing a thin strip of plastic on your wrist with a curved screen displaying information, and you can press it and do stuff with it.

I’m sat at my computer at the moment, so it’s hard to see anything that it could possible do that my computer doesn’t. Mind you, I could say the same about my iPhone which is sat next to the Mac. A better mental excersise is to take a long walk and imagine what that would be like with an iOS-powered wristwatch. What would be useful?

Here’s the functions I think you can expect the mythical iWatch to have:

What the mythical iWatch probably won’t do

If it plays out this way we can see the iWatch being designed to kill the smartphone. It is the device you have with you all the time that lets you place calls, send and receive messages, and tell the time. All the stuff you used to do with a feature phone before the iPhone came along and put the mobile internet in your pocket.

But why would Apple want to kill off the smartphone? Because it controls the iPad market, and people don’t need an 4G/LTE iPad or iPad mini and a 4G/LTE-powered iPhone. Apple is controlling the tablet market, but its grasp on the phone market is looking increasingly shaky, You don’t need an iPad and iPhone (although owning both is preferable to owning an iPad and feature phone) but you do need to still be able to place calls and receive SMS messages. That’s why people who are forced to choose get an iPad can choose a cheap Android phone over an iPhone. It’s just to make and receive calls.

Everybody says Apple should make a cheaper iPhone, and perhaps that would help. But Apple doesn’t like to just strip things back, it likes to make things different. The iWatch would certainly offer less functionality than an iPhone, but in such a radically different way that it appears to be a step forward, rather than a step back. People who bought iPhones would buy iWatches; they wouldn’t buy iPhone nanos.

Is the iWatch the cheaper iPhone nano that everyone’s asking about. It would be a typical Apple ballsy move, one that shifts the goalposts while giving people what they really want. A cheaper way to send and receive messages and calls, without cutting in to the app market of the iPhone or the large screen web surfing of the iPad.

See also: iWatch could be name of Apple television, not smart watch.