Apple is being sued for not indicating to consumers that there are two types of Retina displays used for its MacBook Pro.

At issue are the Retina displays that come from LG and, apparently, suffer from ghosting issues.

Apple also uses Samsung displays that are not affected by the issue, according to reports.

The class action suit, filed by Beau Hodges, claims that because the two displays “exhibit different levels of performance and quality”. Apple should be making it clear that there are differences between two Retina display models by marketing the two products separately, according to the lawsuit, writes Ars Technica. 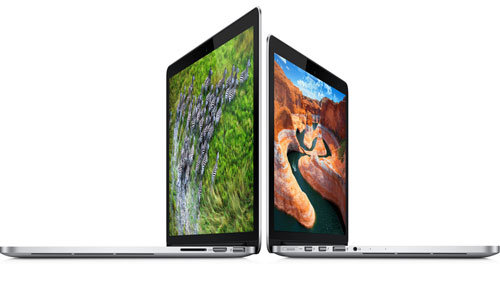 The suit suggests that Apple is tricking customers into buying a screen that is affected by ghosting issues.

The ghosting issues mean that if an image is displayed on the panel for some time it may create an imprint on the screen for a minute or longer. Customers have noted that this happens more frequently with LG screens.

Apple recognized the issue and has published a page on ‘Avoiding image persistence on Apple displays’ in which it explains that: “On an IPS display, when an image such as a login window is left on screen for a long period of time, you may temporarily see a faint remnant of the image even after a new image replaces it. This is referred to as ‘persistence,’ ‘image retention,’ or ‘ghosting.’ This is normal behavior for an IPS display, and the faint image will disappear over time.”

However, the company does not indicate that this may be an issue with LG screens only.

This isn’t the only issue that has been encountered by MacBook with Retina display owners. We reported last week that owners of the latest MacBook Pro with Retina display models were experiencing fan speed issues that cause the cooling fan in the laptops to spike during basic tasks.