This week, Apple’s filed and granted patents include a protective mechanism that aims to prevent iPhone damage and a collaboration system providing an enhanced user interface for interacting with electronic devices. Apple’s iAd has also become a Registered Trademark.

Mechanism could save iPhone from being damaged when dropped

Apple has filed a patent that describes an invention that could help protect an iPhone from damage when it’s dropped.

The patent ( via Apple Insider), which was published by the US Patent and Trademark Office on Thursday, covers a “protective mechanism for an electronic device,” which can detect when an iPhone, for example, is falling, and alter the smartphone’s centre of mass mid-flight to protect the most vulnerable sections of the handset from the impact. 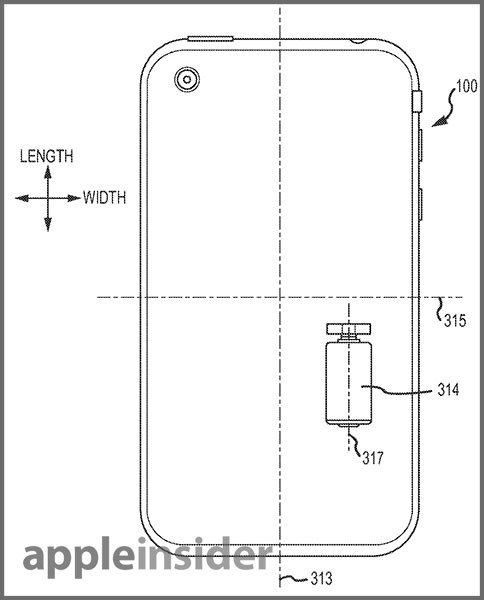 The system could use sensors, such as gyroscopes, accelerometers, position sensors, or even GPS and imaging sensors, that would know when a device is falling and would be able to estimate an impact area based on the device’s orientation. The mechanism could then change the orientation of the device depending on that estimated impact zone.

Earlier this week, Apple was granted a patent for a “collaboration system” by the US Patent and Trademark Office.

“A collaboration system provides enhanced user interface to enable users to interact with electronic devices,” reads the patent’s abstract. For example, users could use electronic pens and “large digital surfaces” in order to allow multiple people to collaborate on a project.

The electronic pens could be used to input data into the system and would have built-in sensors to stream coordinates to a collaboration server. This would allow for a digital reproduction of conventional pen and paper handwriting. The data could then appear on an interactive whiteboard or other large interactive display, either immediately if the use chooses to stream their input, or at intervals.

The collaborators can be in the same room, or they could be in different geographic locations. Apple uses the example of business situations that often require people to collaborate with one another from different offices.

Apple suggests that, during conference calls that use audio and video, collaborators may become distracted, but a tool that allows users to input notes using a digital pen as described above could help focus a group of people by “providing a way for the moderator of the meeting to keep returning the participants’ attention to the main theme of the meeting.”

The electronic pen could be used to write directly on to a special pad of paper or perhaps on ordinary paper, and the data would then be stored in the electronic pen to stream to the collaboration server on demand. Wacom has already launched a similar device called the Inkling, which is designed for artists to enable them to create a traditional version of their art work that can be immediately translated into a digital version.  Apple pointed to the Anoto Pen and the IOGear Mobile Digital Scribe in its description.

For more detail on Apple’s “collaboration system” patent, you can read the filing here.

Meanwhile, Apple’s iAd is now a Registered Trademark, as noted by Patently Apple. The trademark was published on Wednesday, after being filed back in June 2011.