Apple on Thursday updated its widely criticised Podcasts app to version 1.2, with changes including the introduction of playlists, custom stations, enhanced iCloud support, and a redesigned user interface that drops the skeuomorphic ‘tape deck’.

The much-needed update to Apple’s Podcasts app for iPhone and iPad brings users the ability to create custom stations of favourite podcasts that will be automatically updated when new episodes are released. Users can choose whether the stations begin playing with the newest or the oldest unplayed episode.

Stations can now be stored in iCloud and automatically updated and synced across all of your devices.

A new on-the-go playlist enables users to create a custom list of episodes, and playlists synced from iTunes now appear in the Podcasts app thanks to Apple’s fix for the major problem experienced by users of the app’s previous versions. 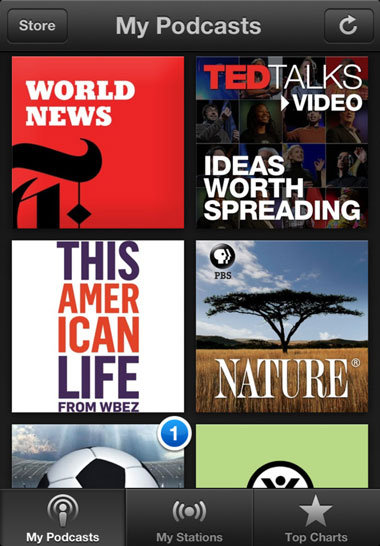 A welcome change for many is the new user interface, which scraps the Podcasts app’s previous skeuomorphic reel-to-reel ‘tape deck’ elements in favour of a cleaner, easier to use design minimalistic design reminiscent of the Music app. However, there are a number of Podcasts users who are sad to see the tape deck design go, if the app’s App Store reviews and our Twitter feed are anything to go by. 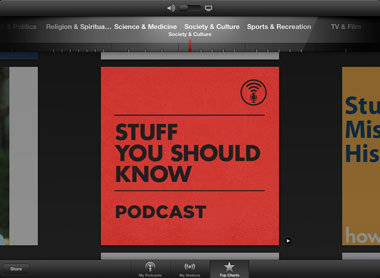 Some bugs fixes, including an issue with resuming playback when returning to the app, and performance and stability improvements have also been made. However, it appears that many users are still experiencing crashing when using the app.

The podcast update could be the first sign that Apple will be leaving skeuomorphic designs (which imitate real life materials such as wood, leather and cloth) behind for good, under the new leadership of Jony Ive. Ive took on Apple software responsibilities following an executive shake-up in October that saw Scott Forstall, who was previously in charge of iOS software, leave the company. SEE: Jony Ive could nix faux leather and wood apps

Forstall was said to be a big skeuomorphic fan, hence the leather binder effect of Address Book, and the wooden poker table of Game Center etc.

What do you think of Apple’s Podcasts update? Let us know on Twitter.