Apple’s new operating system, Mavericks has been available to download since the end of October 2013. It’s a free upgrade for all versions of Mac OS X going back to 2009 – that’s Snow Leopard and later. In the video above we discuss the announcements that Apple made at its 22 October event – which included the launch of Mavericks. In this article we also look at the implications of Mavericks being free, what Mavericks will mean to you and your Mac, what new features are on offer, and whether your compeuter will be able to run Mavericks.

Q: How much does OS X Mavericks cost?

This isn’t actually the first time a Mac OS update has been free. Last time Apple offered a free update to OS X was OS X 10.1 (codename Puma) which was released for free on 25 September 2001. This was a free update to Mac OS X 10.0 which had been plagued with bugs.

There is some criticism that, while free, this is a very minor update, so minor that Apple couldn’t charge for it. Many of the new features in Mavericks are “engineering techniques to make up for Mac hardware limitations,” complains Macworld publisher, Simon Jary.

Alternatively, the decision to make Mavericks free could also be seen as an offensive move, specifically a dig at Microsoft Windows.

Crucially, shifting to a free upgrade ensures that stragglers who wouldn’t have paid for OS X Mavericks will be up-to-date software-wise. That lets developers create apps targeting Mavericks’ capabilities, rather than limiting features for the sake of backward compatibility. Meanwhile, the allure of free OS upgrades makes Mac hardware more appealing to shoppers, especially those from the Windows world who are used to paying for a operating system upgrade – the standard, full version, of Windows 8.1 costs £99.

What is Mac OS X Mavericks?

Mavericks is the tenth major release of OS X. For those new to the Mac, OS X is Apple’s operating system, the X is read as “ten”. The first version of OS X launched in March 2001. It is Unix based and is designed to run exclusively on Macs. The core of Mac OS X came from NeXT, the company run by Steve Jobs after he left Apple. It was Apple’s decision to purchase NeXT in 1996 that ensured Jobs’ return to the company he founded in the 1970s.

Apple previewed the new Mac OS X at WWDC in June and developers have been assessing the beta version of the software ever since.

What does Mavericks mean to me?

If you download OS X Mavericks you should be able to get even more battery life out of your current laptop.

The new Mac operating system offers a dramatic reduction in power consumption thanks to new under-the-hood software technologies. For example, Apple will exert more control over the way apps run to increase the time that CPUs spend idle, throttling down apps that are not being actively used, and even compressing memory to reduce swap disk access.

According to Apple, these changes could boost the average MacBook’s battery life by as much as 50 percent. This news, coupled with the introduction of Intel’s new low-power Haswell chipset, suggests that we could soon get a whole days battery life from our Mac laptops, without ever having to plug in.

When it launched, Apple claimed that the MacBook Air can offer 10 hours of battery life – that number should go up once you are running Mavericks.

The other result of this is that it will have a positive effect on the environment, not just that, these power-saving features will cost you less in your own energy requirements, and you will be able to benefit from more battery life without upgrading to new hardware.

Why did Apple call this version of OS X ‘Mavericks’?

Apple’s OS X has a long history of cat names, since version 10.0 the versions have had cat code names, although these codenamed only became official names when Mac OS X 10.2 Jaguar launched. For this reason everyone expected that the next version of OS X would be named after a big cat too. Then in June, when Apple previewed the new version of its Mac operating system, the company revealed that would no longer be named after cats. Instead, probably in an effort to promote Apple’s Californian roots, future versions of the the Mac OS will be named after places in California.

The first of these locations is Mavericks, a famous surfing location just southwest of San Francisco.

What new features does Mavericks offer?

You can also read our  OS X Mavericks tips and tricks, get more out of Mac OS X 10.9 Mavericks feature to uncover the best new features in Mavericks. We have also published a series of tips on how to master Safari in Mavericks. Find our Maps tips here. Finally, read how to use two screens at the same time in Mavericks.

The Finder gets more attention than it has had in almost a decade – Apple has completely redesigned the Finder, adding new features including Tabbed Browsing and Tags to make navigating the files and folders on your Mac even easier.

Another new feature is iCloud Keychain. This will make it easier than ever to manage multiple passwords – basically you won’t have to, Apple will remember your passwords for you, and even suggest strong passwords for you.

Safari got a number of changes, such as the Favorites Bar which will house the Sidebar (which includes Bookmarks, Reading List, and Shared Links) and Top Sites. Shared links is interesting. That’s where links to content that friends are sharing on Twitter appears. 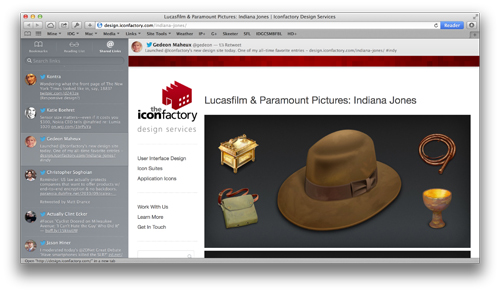 Safari Reader also gets a makeover, you’ll be able to scroll on down to the next story in your list, for example.

Mavericks also introduces Maps on the Mac. AndiBooks has also come to the Mac with Mavericks. This is good news for book lovers and students alike.

Mavericks also includes some advanced technologies that will have an impact on battery life, the use of RAM and power consumption. These new power features were a particular hit with the developers we spoke to after the new Mavericks operating system was announced at WWDC. The developers were pleased that a significant number of changes in OS X are geared towards power users and also that Apple appears to be putting resources into changing software so that it uses battery life more efficiently. Read more in our OS X Mavericks: Apple’s developers discuss Apple’s new love for power users article.

There are also interface changes to internet browser Safari, Mail, FaceTime, Messages, Calendar and Notes, bringing these apps into line with their iOS 7 counterparts. Read our review of iOS 7 here.

For an in-depth view of everything you need to know about Mavericks, check out our OS X Mavericks review.

Should I install Mavericks?

We think you would be crazy not to. Mavericks includes a decent amount of new features, although it has to be said, you might not realise this when you first install it. Mavericks still looks a lot like Mountain Lion. However, you will find that some apps, such as Calendar, have a new simplified (less skeumorphic) design. You will also notice that there are new Maps and iBooks apps, along with updates to Safari. Our favourite changes are to the Finder and they make finding and filing your documents really easy. It might sound boring, but we think these new Finder features (described in detail below) will transform the way we work. Most of the new changes in the operating system happen behind the scenes, however, and these under-the-hood features and enhancements will make your Mac run better, with improvements in performance and battery consumption.

Will my computer be able to run Mavericks?

As well as the Mac App Store, your Mac will need to have the requisite minimum system requirements, this includes pretty much any Mac that Apple has sold within the past five years, with a few exceptions. You can run Mavericks on the following hardware: a 2007 iMac and MacBook Pro or later; 2008 MacBook, Macbook Air, or Mac Pro or later; and the 2009 Mac mini or later. This is generally any Mac that runs a 64-bit OS on Intel hardware, as long as it doesn’t use an ATI Radeon X1600, Intel GMS 950 or an integrated GPU.

Apple laptops that will upgrade to OS X 10.9 Mavericks:

Apple desktops that will upgrade to OS X 10.9 Mavericks:

Mavericks appears to be the most compatible OS X release Apple has made in years. 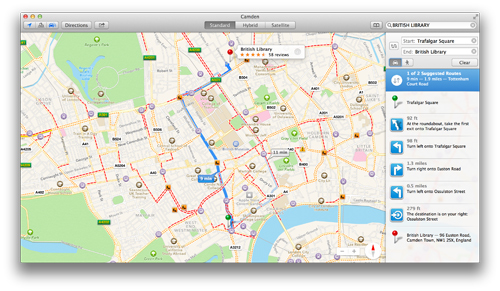 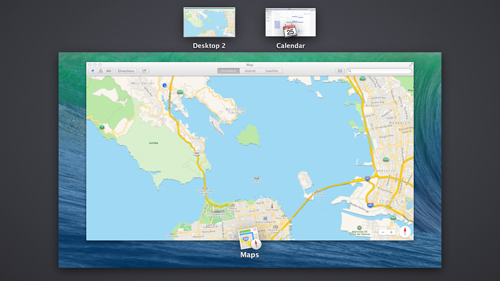 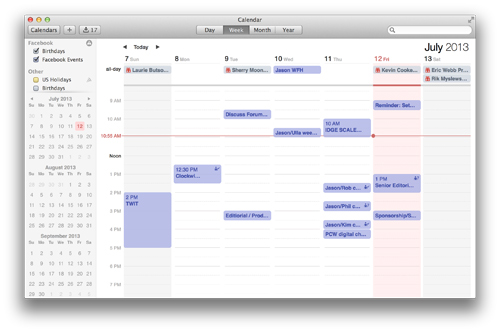 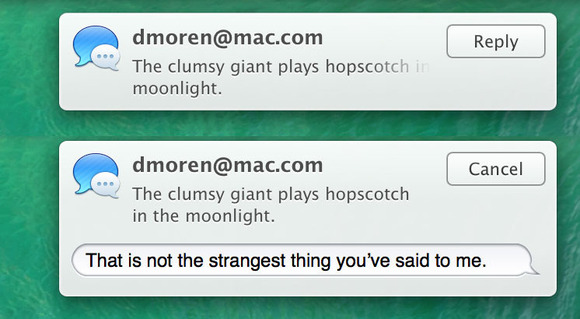 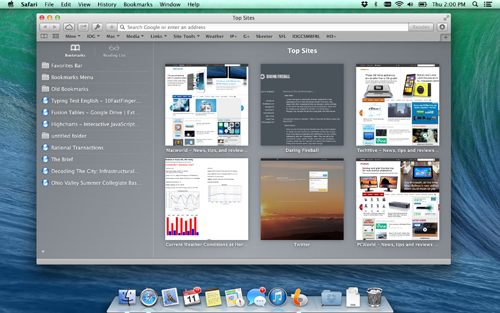