Apple has quietly rolled out an App Store update to highlight apps’ recommended age ratings based on their content.

Now, visitors to Apple’s App Store will notice a small box containing an age rating located just below the app’s title and developer name on its info page.

The tweak could be part of Apple’s push to offer more App Store transparency, following an incident earlier this year in which Twitter’s Vine video sharing app, which was Apple’s ‘Editors’ Choice’ at the time, accidentally featured pornographic content as an ‘Editor’s Pick’. Apple quickly stripped Vine of its Editors’ Choice award.

In the same month, Apple pulled photo sharing apps 500px for iOS and iSO500 from its Apple Store because they allowed users to search for pornographic images. 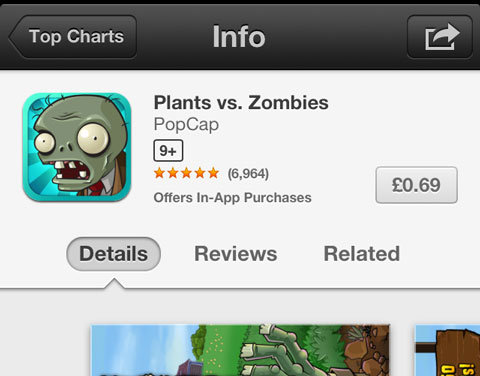 Now that Apple has introduced its age rating update, Vine and 500px both have a 17+ recommendation due to their content.

A recent influx of incidences in which children have unwittingly racked up £1000 bills while playing games on their parents’ iPads and iPhones has also raised concerns.

The growing concern among parents over App Store content and in-app purchases also appears to have led Apple to highlight its ‘Parents’ Guide To The App Store’ in the Featured section of the UK App Store last week.