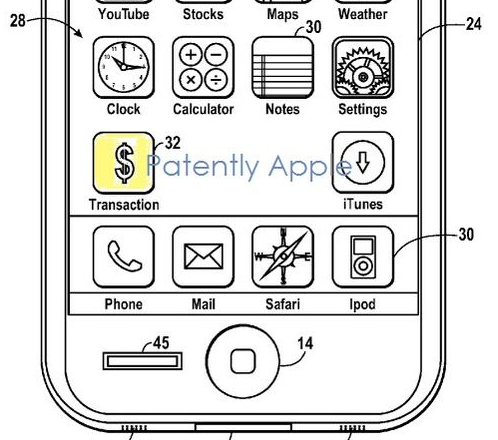 The US Patent & Trademark Office has published a new Apple patent application that details a new iWallet transaction patent.

The new patent describes a method for conducting a transaction, and Patently Apple suggests it means we may be a step closer to Apple debuting NFC technology on its iOS devices.

With an iWallet feature on the iPhone, Apple would join the NFC party. NFC stands for near-field communications, and is a set of short-range wireless standards that let mobile phones communicate with each other – or with other electronic devices. A number of NFC-equipped Android phones can act as an e-wallet, paying for goods with a swipe of your handset.

Passbook – which offers a partial e-wallet experience already, providing quick access to tickets, boarding passes and loyalty cards – is Apple’s closest approximation of the idea currently, and could also be expanded to include NFC and mobile payments. (Chances are your bank card offers this feature).

– Taking a picture of a first code displayed on a transaction terminal using a camera of a portable electronic device;