Apple’s iPhone model numbers ‘send a weak message’, according to a branding consultant who used to work with the company.

Apple’s iPhone naming policies have been strongly criticised by a branding consultant who worked for the company for more than a decade during the Steve Jobs era. Ken Segall believes certain iPhone model numbers advertise the fact that they contain “only modest improvements”.

Since the iPhone 3G, Apple has followed a system of alternating between full number upgrades – the iPhone 4 and 5 – and upgrades denoted by adding an S to the previous model – the 3GS and 4S. Segall argued that this is both complicated and unappealing to consumers.

“Tacking an S onto the existing model number sends a rather weak message,” wrote Segall. “It says that this is our ‘off-year’ product, with only modest improvements. 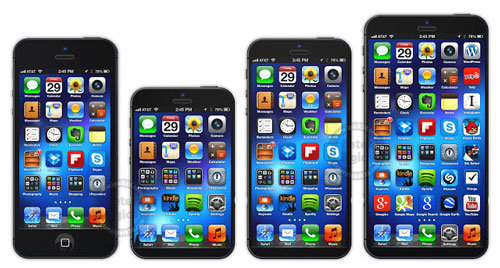 It’s not just about the names, though. Apple also tends to make larger upgrades to its ‘new number’ iPhones, with the iPhone 4 a major step forward and the iPhone 5 featuring the first ever screen-size modification. If every iPhone model was truly equally innovative, would we care as much about naming conventions?

In fact, do people other than branding consultants care about this stuff full stop? Despite press complaints about ‘iterative updates’ in the 4S, that phone was still monstrously successful. It’s possible that there are consumers on the cusp of buying the latest iPhone, and they may be put off by the naming conventions. But most will either have the money and inclination to update their iPhone this year, or they won’t. Calling the next iPhone the iPhone 5S instead of the iPhone 6 isn’t going to fool anyone if it’s just a slightly modified version of the 5.

On a related note, this Apple follower at least thought Apple should have skipped the number 5 entirely and called the iPhone 5 the iPhone 6. Which now seems a bit bonkers, sadly.