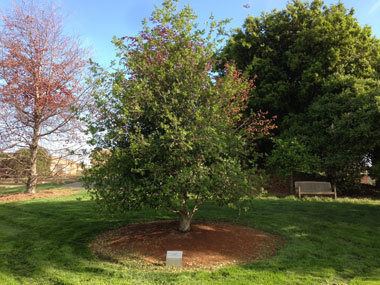 Pixar has dedicated a tree at its California campus to the late Steve Jobs, who was CEO of the animation studio until it was acquired by Disney in 2006.

Pixar Times’ Samad Rizvi shared a photograph of the tree on Thursday, and explained that it is situated just outside the campus’s main building, which has recently been named The Steve Jobs Building in memory of Apple’s co-founder, who died in October 2011.

“The tree’s solitary nature appear to extend its beauty, as if a spotlight shined on its leaves and highlighted its importance,” Rizvi writes.

A plaque placed beneath the tree reads: “Dedicated With Love And Gratitude To Steve Jobs, Our Partner, Mentor, And Friend.” 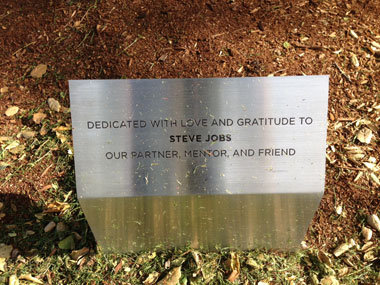 The words on the plaque are the same words that appear at the end of Brave, a recent Pixar film.

Craig Elliot: ‘Steve Jobs gave me a Porsche because I sold the most Macs’ (PHOTO)