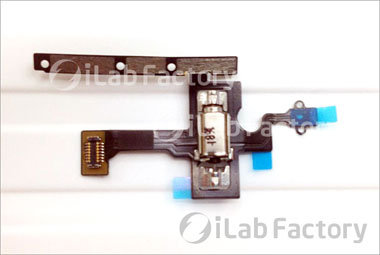 Photos of allegedly leaked parts that could belong to Apple’s rumoured low-cost iPhone have been published online this week, indicating that the mute switch could become a push button on the cheaper smartphone.

MacRumors reports that Japanese parts vendor iLab Factory has posted a new set of photos on its website, showing two previously leaked parts and a third, new part that appears to be a flex cable housing the front camera of an upcoming iPhone.

The report points out that the leaked vibrator/audio control flex cable appears to have a button in the place where current iPhone models have a mute switch, suggesting that the low-cost iPhone could see the mute switch replaced by a mute button. 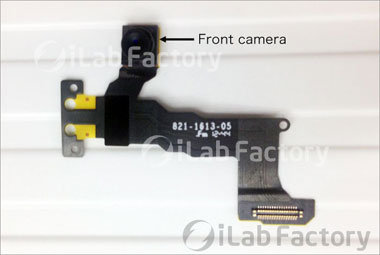 Also leaked is a Home button flex cable, which appears to be significantly longer than the corresponding part found in the iPhone 5. The leaked front camera flex cable is almost identical to the iPhone 5’s but is lacking a microphone and other sensors, reports MacRumors.

Take a look at iLab Factory’s website for the full set of images.

Of course, it is not yet clear whether these images are legitimate, or what device they may find their way into.

This week, photos of a purported leaked iPad 5 front panel also emerged, indicating that production of the new iPad may have begun.