Google still wants its maps to be the default mapping app on Apple’s iOS devices, the company’s Chairman Eric Schmidt has revealed.

Speaking at the All Things D mobile conference on Tuesday, Schmidt said that Google is pushing Apple to once again use Google Maps as the main navigation tool on iOS, despite being booted out of the default spot on iPads, iPhones and iPods when Apple launched its own mapping service with iOS 6 last year.

“We would still really like them to use our maps,” said Schmidt. “It would be easy for them to take the app in the store and put it as their basic one.”

When iOS 6 first launched in September, it was widely criticised due to the poor quality of Apple’s Maps app. CEO Tim Cook issued a public apology for the service within weeks of its launch. In his apology, Cook pointed to Google Maps as an alternative mapping service while Apple works to improve its offering. 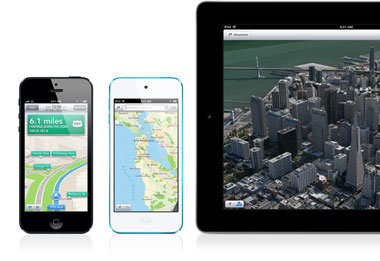 At the time, Google Maps was only available as a web app, but when Google Maps was released on the iOS App Store in December, users flocked to install it. The app was downloaded more than 10 million times within the first 48 hours, and is believed to have sparked a 29 per cent rise in iOS 6 adoption.

Schmidt declined to say why Apple decided to build its own mapping service to replace Google Maps as the main app in iOS, and didn’t specify whether talks with Apple are ongoing, reports CNet.

Would you like to see Google Maps back as the default navigation service on iOS? Let us know in the comments section below or on Twitter.