A photo of a rear casing that allegedly belongs to Apple’s low-cost iPhone has emerged online, alongside a report that suggests the cheaper iPhone, dubbed iPhone mini, could launch on 15 October for £229.

The image, published by tech blog Tactus on Thursday, shows a white, plastic polycarbonate shell sporting Apple’s logo and iPhone trademark, which appears to be around 0.4 to 0.6mm thick.

According to Tactus’s unnamed sources, the low-cost iPhone will have the iPhone 4S’s 3.5in Retina display and A5 chip, and the iPhone 4’s 5-megapixel camera. 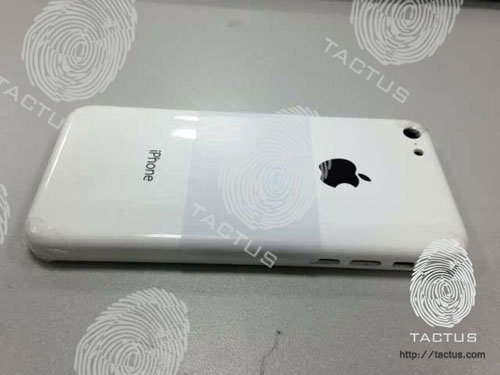 Tactus also claims to have spoken to sources from the supply chain that say the low-cost iPhone will be available in black, white, blue, red and yellow versions.

Finally, the report predicts that the cheaper iPhone will hit the shelves on 15 October this year for £229-£249, but details about how this information has been obtained have not been disclosed.

Of course, there is no way of telling whether this new report is legitimate, as there has been no official word from Apple to confirm that the company is even working on a budget iPhone.

However, this is not the first time reports have indicated that Apple is considering launching a more affordable iPhone. Several analysts have forecast a 2013 launch for such device, and some of those analysts have concurred that the cheaper iPhone will be available in multiple colour choices.

In February, Morgan Stanley analyst Katy Huberty said that the low-cost iPhone that targets emerging markets such as India and China ” makes sense” for Apple.

KGI Securities analyst Ming-Chi Kuo, who has a good track record when it comes to predicting Apple product launches, also expects a cheaper plastic iPhone to arrive this year.

Former Apple CEO John Sculley said in January that he thinks the company should focus on making a cheaper iPhone, because it needs to “adapt to a very different world.”