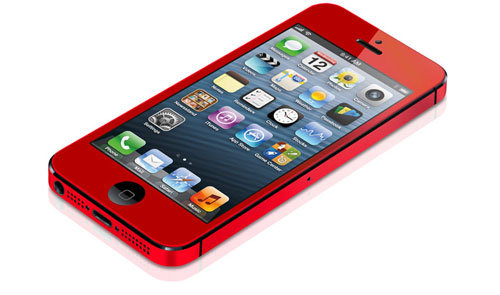 Reports earlier this week claimed that Sharp was due to commence work on the screen of the next iPhone in June, and now report are suggesting that Pegatron, who are a manufacturing partner of Apple, has announced plans to in increase the number of workers at its plant in China by up to 40% in the second half of this year, fuelling speculation that a new iPhone is on the way.

Reuters claims that this new iPhone will be the rumoured low-cost budget iPhone.

A Reuters source said that small-scale production of the display panel for the cheaper iPhone would begin in May with mass production ramping up in June.

Pegatron’s Chief Financial Officer Charles Lin told Reuters that 60% of the company’s revenue for 2013 will come in the second half of the year.

Pegatron posted a 81 percent surge in net profit in the first quarter from a year, notes Reuters.

This report is completely contrary to a Bloomberg report, which focuses on Pegraton’s loss of revenue, blaming fewer orders of the iPad mini. (UPDATE 10/05/13: Pegatron Chief Executive Officer Jason Cheng has denied saying the following, he claims that the Bloomberg reporter “Put words in his mouth”.)

The Bloomberg report claims that Pegatron Corp has seen a decline in revenue due to a drop in demand for the iPad mini, although, according to Pegatron Chief Executive Officer Jason Cheng, the declines at the company, which was spun off from Asustek Computers, were: “Not just tablets, also e-books and games consoles, almost every item is moving in a negative direction,”

The iPad mini is big business for Pegatron however, it accounts for more than half of Pegatron’s consumer-electronics revenue, while the iPhone 4S is a big seller for the communications division, according to Cheng.

Cheng blames the mini for his company’s troubles: “We’re seeing strong indications from the supply chain that demand for iPad mini will now fall 20 percent to 30 percent from the first quarter, instead of an earlier 15 percent estimate.”