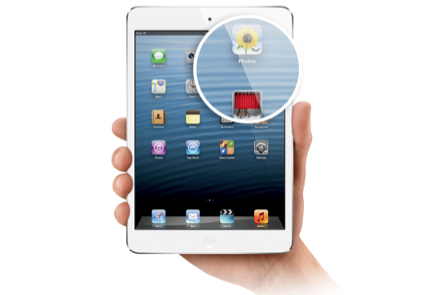 The Mobileaks report, translated from the Dutch here, states that it got the information from a “tipster”.

This tipster claimed that Apple is working on an A7 chip and that it is even feasible that this new chip could find its way into the new iPad mini.

The same report claims that the new device will also include a 8-megapixel camera.

It’s not all good news, the new iPad mini will be slightly thicker at 7.5mm (rather than 7.2mm) due to the fact that it will need a larger batter to power the new 2,048 by 1,536 pixel display, according to the report.

Last week’s reports that the new iPad mini would not feature a new processor chip lead to concerns that battery life would suffer considerably due to the fact that the current chip (the A5) would be stretched to produce the extra pixels required for the Retina display. The A5 processor is two years old and features in the iPhone 4S and iPad 2 as well as the iPad mini.

NPD DisplaySearch analyst Richard Shim suggested that the A5 chip would be inadequate for an iPad mini with Retina display as it would  need to “light up twice as many pixels” so battery life and performance would suffer.