Apple won’t launch its rumoured smartwatch, dubbed iWatch, until the end of 2014, according to an analyst.

KGI Securities analyst Ming-Chi Kuo, who has a been right about product launches in the past, has said that the iWatch is unlikely to arrive until 2014 due to changes that will need to be made in iOS in order for the mobile operating system to be compatible with the device.

“Apple may not have adequate resources to develop an iWatch version of iOS because it may require big changes to iPhone and iPad iOS this year,” Kuo said in a research report this week. “In addition, wearable device components aren’t mature. For these reasons, we think mass production of the iWatch is more likely to begin in 2H14, not 2H13 as the market speculates.”

Kuo’s predictions line up with Apple CEO Tim Cook’s comments in April, when he revealed that Apple is working on “amazing new products” and “exciting new product categories” for 2014. 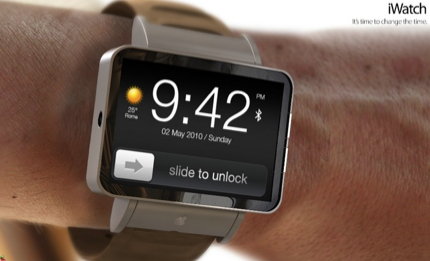 As for the iWatch’s specifications, Kuo expects that Apple will use a 1.5in to 2in display, implementing some technology used in the iPod nano in order to achieve this. He adds that the panel could be made by a Japanese or Korean supplier.

“We think a 1.5in to 2in panel suit watch applications best. The reason for choosing Japanese or Korean suppliers is that they enjoy closer cooperation with Apple, hence are more likely to become suppliers for Apple’s new products.”

In his note, Kuo added that he believes biometric support and cross-device integration will be the key selling points of the iWatch.

Kuo has an impressive track record when it comes to Apple forecasts. Last year, Kuo correctly predicted that the 17in MacBook Pro would be discontinued, and that a new, thinner model, which turned out to be the Retina MacBook Pro, would be introduced. He also accurately predicted that Apple would launch a redesigned iPod nano and the iPad 4 with a Lightning connector.

Not only that, but Kuo also warned that Apple’s new iMacs would suffer from low stock months in advance of Apple’s launch event for the redesigned all-in-ones, which also turned out to be true.

Earlier this week, it was reported that Foxconn has begun trial production of Apple’s iWatch, and that the company is testing 1.5in OLED displays for the device.

In February, Bloomberg claimed that Apple has a team of 100 people working on the iWatch.