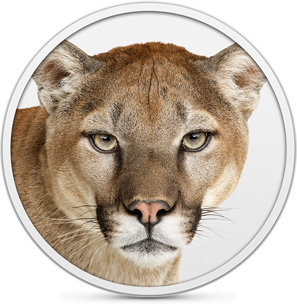 Should I upgrade from Mac OS X Snow Leopard, or Lion, to Mountain is a question many of our readers ask. It’s a good question. Like most Mac operating system updates, Mac OS X 10.8 Mountain Lion offers a lot of new features.

But upgrading is a hassle, and even though Apple goes to great lengths to ensure that the process is as smooth as possible, there are always risks with re-writing the entire operating system.

In this feature we’ll take a quick look at upgrading to Mountain Lion. What the benefits are and what the installation process is, and how to minimise the chance of any installation problems.

How many people have upgraded to Mountain Lion?

The key thing to note is that many Mac users have forged ahead and upgraded to Mac OS X Mountain Lion. In January 2013 Apple’s Mountain Lion became the most widely-used version of OS X, according to California-based Net Applications (a Web measurement firm). They measured that a third (32 per cent) of all Macs online were using Mac OS X 10.8.

Because of this it’s worth noting that Apple is still updating Mac OS X 10.6 Snow Leopard. If Apple stopped serving security updates to Snow Leopard, it would leave a major chunk of its user base unprotected. So regardless of whether you’re running Mac OS X 10.6, 10.7, or 10.8 Apple still has your back: at least with regards to security updates. However, there is more to the Mac than just working in a safer environment. What’s really important in Mountain Lion though, are the new features.

What features do I get from Mountain Lion?

Here we look at some of the key features introduced in Mac OS X Mountain Lion:

In Mac OS X Mountain Lion iCloud is used to quickly setup and sync your Mac. With Mountain Lion, however, Apple has added new features to iCloud and integrated those sorely missing from its desktop OS. The biggest of these additions is called Documents in the Cloud. This feature allows the app you’re using to store your documents in the cloud, wirelessly and remotely; you can then access them from any computer or iOS device you’ve linked to iCloud that has that application installed.

To activate Notification Center, simply click on the notifications icon in the top right corner of the menu bar, or swipe with two fingers from the right edge of your trackpad towards the middle. This works at any time, even when you’re in a full screen app.

Any application can use notifications, as long as the app hooks into OS X’s Notifications feature. For starters, Apple programs such as Calendar, Reminders, Mail and Messages can display notifications. Many third-party apps also use notifications. For instance, if you have added your Twitter and Facebook logins to Mountain Lion’s Mail, Contacts & Calendars preference pane, you can see status updates and tweets. 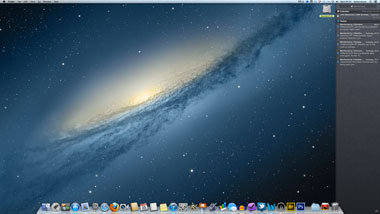 Anywhere you can type text on your Mac, Mountain Lion lets you dictate it, too. On iOS, the onscreen virtual keyboard provides a little microphone key that you can use to trigger Dictation mode. Because your Mac can’t update your hardware keyboard dynamically, Mountain Lion instead requires you to use a keyboard shortcut instead.

By default, that shortcut is tapping the Fn key twice. (You can also use the new Start Dictation item near the bottom of the Edit menu.) But you can customize the keyboard shortcut in the Dictation & Speech preference pane in System Preferences. (Before Mountain Lion, that pane was merely called Speech.)

With Mac OS X Lion, Apple combined Spaces and Exposé into one feature and named it Mission Control. Long time Mac users may grumpily hint that not every feature found in Exposé and Spaces made it into Mission Control but once you get to grips with this feature it becomes an incredibly powerful way to switch between apps and document windows. It’s especially useful for Macs with smaller displays, like the MacBook Air. 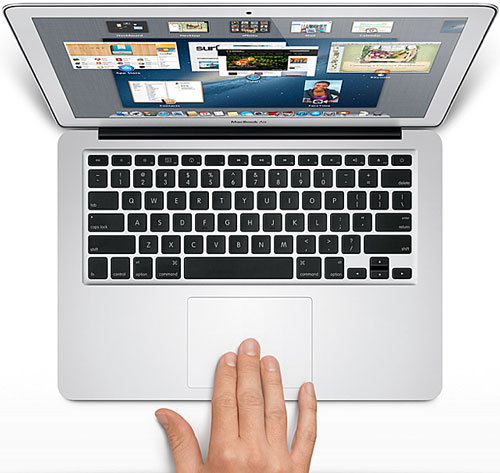 We are fully expecting a new version of Mac OS X 10.9 to be revealed at this year’s WWDC event in June, and released sometime later in the year. The next version is rumoured to be name ‘Mac OS X Lynx’.

According to rumours “reliable sources” Mac OS X 10.9 has Siri voice command integration that can help users carry out functions using just their voice, like in Apple’s latest iPhones and iPods. This would make sense given how successful it has been on iOS, although making it work effectively on the more complicated Mac OS X platform will be more of a challenge.

Apple is also planning to bring its widely criticised Maps service to the Mac with OS X 10.9. Should the mapping service make it through the early stages of development, it could enable developers to embed the maps into their Mac App Store applications using the MapKit framework like the one made available for developers in iOS 6.

How to upgrade to Mountain Lion

If you’ve decided to take the plunge and update to Mountain Lion you need to install it via Mac OS X’s built-in App Store. This is only available on Mac OS X 10.6 Snow Leopard or later, so if you have an earlier version of Mac OS X you’ll need to update to Snow Leopard first and then Mountain Lion (the easiest way is to pick up an old Snow Leopard installation disc from eBay).

It’s important to back up your Mac before performing the upgrade. The easiest way to do this is via Time Machine.

See: How to backup a Mac using Time Machine

While Apple  describes the process of upgrading to Mountain Lion as a simple download and install, those of us who’ve been doing this for a while know that a major OS update is never that simple. Perform the following tasks before the upgrade and you’ll have a much better chance of actually enjoying a pain-free experience.