Apple could be about to begin a trial production of its rumoured cheaper iPhone, believed to be coming several colour choices. The iPhone, dubbed iPhone mini, could be set for a September launch.

Japanese blog Macotakara cites “trusted” sources that say Apple is planning to launch its cheaper iPhone with several different colour options later this year. One source said that there will be white, pink, green, blue, yellow-orange options available, while another mentioned navy, gold orange, white and grey versions. The report points out that a black model was not included in either of these lists.

According to the sources, Apple will be testing production of around 1,000 units of the cheaper iPhone, with the trial beginning in June. Mass production is set to begin July through to September, the sources say, suggesting a September unveiling could be on the cards.

Macotakara’s report adds that Apple’s next-generation iPhone, commonly referred to as the iPhone 5S or iPhone 6, could come in more than three colours, with a green and a gold model being discussed. 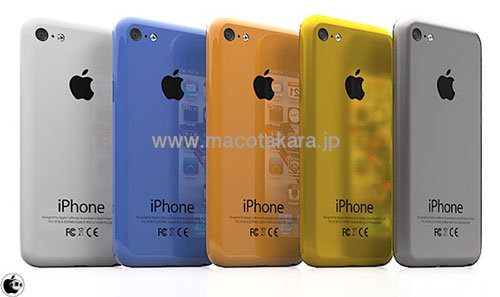 Rumours of a cheaper iPhone have been circulating the web for some time now, and this is not the first report we’ve heard that the budget model will come in multiple colours.

The low-cost iPhone is said to be aimed at emerging markets like China and India. See: Does Apple really need to make a cheaper iPhone for China and India?