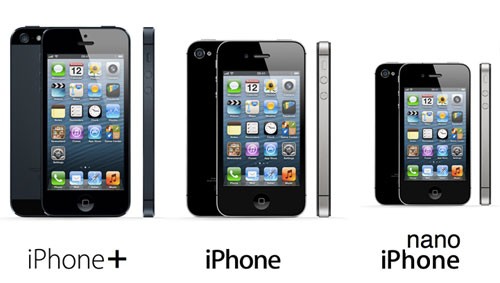 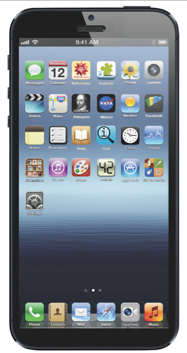 If you were hoping that one day Apple might offer more than one kind of iPhone model, maybe a cheaper iPhone mini, or a larger iPhone ‘Phablet’ you may be in luck, however, don’t expect it to happen soon.

Speaking at the D11 conference last night Apple CEO Tim Cook revealed that Apple chooses not to make multiple devices because it believes it is better to focus on making one good device.

“It takes a lot of work, a lot of really detailed work, to do a phone right, when you manage the hardware, software and services around it. We’ve chosen to put our energy in getting those right. And we’ve made the choices in order to do that. So we haven’t become defocused, working on multiple lines,” he said, during his interview with Walt Mossberg and Kara Swisher.

While this contradicts Apple’s model with the iPod, where the company creates various models: the iPod touch, iPod shuffle, iPod nano, and iPod classic, Cook explained that creating a smartphone is a more involved process.

“If you take the example of iPod, think about the evolution of iPod over time: at one point we bought in  the shuffle, but the shuffle didn’t have the same functionality as other products. The shuffle was a really cool product, it played  different role, it was great for some customers. But it was strikingly different then the nano, or the mini when it was announced. And the nano, or the mini played a different role then the classic did. If you remember when we bought out the mini people were saying: ‘Nobody’s going to buy this, it’s priced too high and it doesn’t store enough songs,’ because people got used to the huge amount of storage that was in classic. And then the mini proved that people really want something lighter, thinner, smaller.”

“These products all serve a different person, a different type, they serve different needs. And so, on the phone, that is the question. Are we now at a point to serve enough people that we need to do that?”

Based on the idea that people want phones with larger screens, referred to as Phablets, or even a stylus, Mossberg asked whether Cook has any comment in that area. Regarding screen size Cook reiterated his view that Apple would not be bringing a larger screen phablet iPhone to market until the screens are good enough. “A large screen today comes with a lot of tradeoffs. Customers are clearly looking at the size, but they also look at things like: ‘Do the photos show the proper colour?’ The white balance, the reflectivity, battery life, brightness, the longevity of the display. There are a whole bunch of things that are very important.”

“At this point we felt that the Retina display that we are shipping is overwhelmingly the best.”

“That’s why the tradeoffs exist. In a hypothetical world where the tradeoffs didn’t exist you could see that being one of the things that differentiates.”

However, in his interview with AllThingsD, Cook did admit that Apple may one day release a second model alongside the iPhone. He began by saying: “We haven’t so far. That doesn’t shut off the future.”

There have been calls for Apple to produce a so-called Phablet (the word is a combination of the word Phone and Tablet, it doesn’t mean the device is Fab). The Galaxy Note is one such oversized phone, and the company is estimated to have sold about 25 million Notes in 16 months, which sounds a lot until you note that Apple sold 48 million iPhones in just one quarter.

Will Apple make a Phablet?

Data suggests ‘phablets’ are a fad