Apple has given us a “sneak peek” at its all-new Mac Pro, which has been completely redesigned both internally and externally. 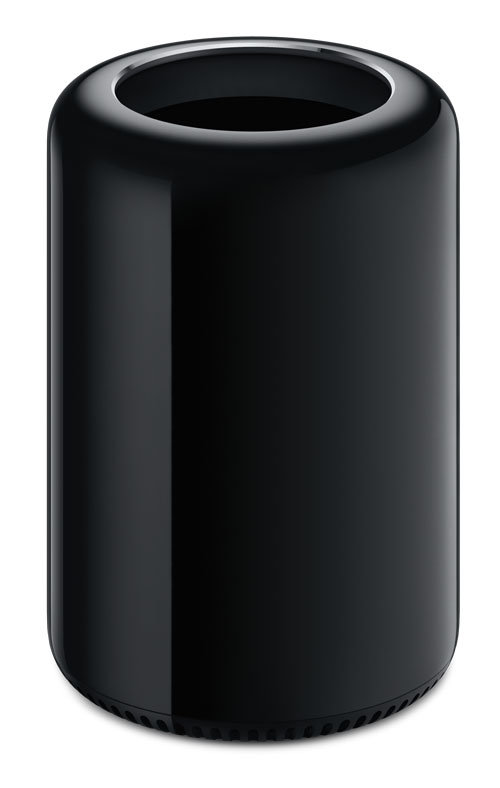 Apple senior vice president of Worldwide Marketing Phil Schiller and CEO Tim Cook took to the stage during the company’s WWDC 2013 keynote on 10 June to show off the new Mac Pro, which provides a powerful new machine for professional users, and also shows that Apple still takes the Mac and its product design seriously.

The new Mac Pro has a cylindrical design that differs dramatically from the current Mac Pro’s aluminium tower design that dates back to 2003 when the Power Mac G5 was launched.

The entire top of the Mac Pro is a handle for carrying the computer. That’s made possible because the new Mac Pro is about one-eighth of the size of the Mac Pro tower, and stands at just 9.9 inches tall. Schiller says that the new design is built around a “new unified thermal core” that aims to help keep the Mac Pro cool. It also has a motion sensor so that, when you turn the Mac Pro, the I/O panel on the back illuminates automatically.

Under the hood, the new Mac Pro has a new generation Intel Xeon E5 Ivy Bridge processor. It can have up to 12-cores, and offers double the CPU performance of the current generation. All Mac Pros will use third-generation PCI Express architecture. Apple is also using 1866MHz ECC DDR3 RAM. 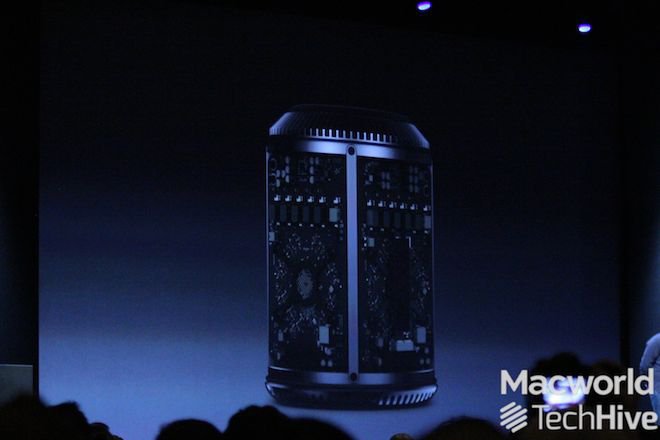 When it comes to graphics, the new Mac Pro now has dual AMD FirePro workstation-class GPUs, and will be able to run up to three 4K displays at once. The all-new Mac Pro is up to 2.5 times faster than the current Mac Pro and delivers seven teraflops of compute power, says Apple.

Apple is outfitting the new Mac Pro with PCIe-based flash memory, which is 10 times faster than any traditional desktop hard drives, according to Apple. 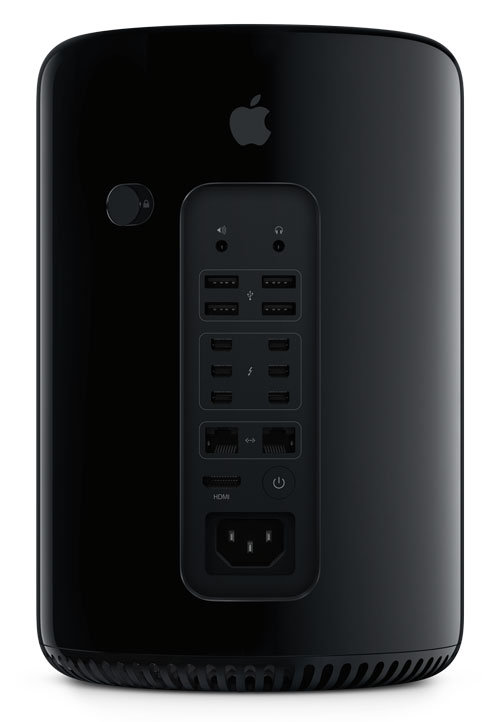 As for ports, the new Mac Pro has four USB 3.0 ports, six Thunderbolt 2 ports, two Gigabit Ethernet port and HDMI out. Thunderbolt 2 is the newest iteration of Intel’s thunderbolt technology that is double the speed of Thunderbolt 1, at 20Gbps.

“It is a Mac unlike any we have ever made,” said Apple’s Phil Schiller during the announcement. “Can’t innovate any more, my ass.” 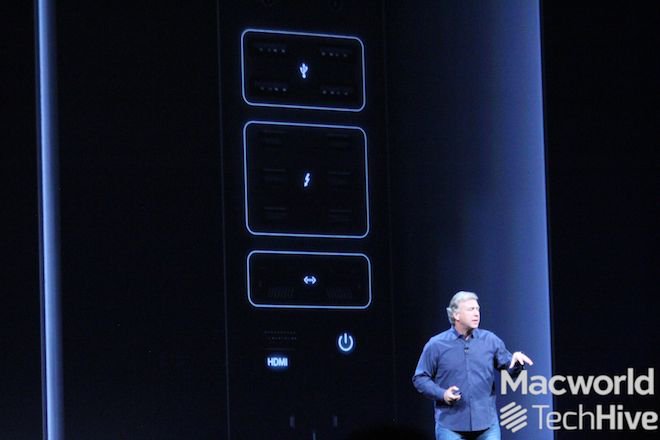 One of the most remarkable changes to the Mac Pro with this new generation is the lack of expansion slots. The current Mac Pro has a pair of 16-lane PCI Express 2.0 slots and two 4-lane PCI Express 2.0 slots. Current owners who have filled their Mac Pro’s slots and still need to use their cards will need to invest in an external Thunderbolt expansion chassis that will house expansion cards and connect to the new Mac Pro via Thunderbolt.

The new Mac Pro is set to arrive later this year, and is being assembled in California. No pricing information has been disclosed. You can find out more about the new Mac Pro on Apple’s new Mac Pro page.

“With the latest Xeon processors, dual FirePro GPUs, ECC memory, PCIe-based flash and Thunderbolt 2, all built around a  revolutionary thermal core, the next generation Mac Pro is the most radial Mac yet,” said Schiller. “All this performance and expandability is packed into a dramatic design that’s one-eighth of the volume, and best of all, it will be assembled here in the USA.”