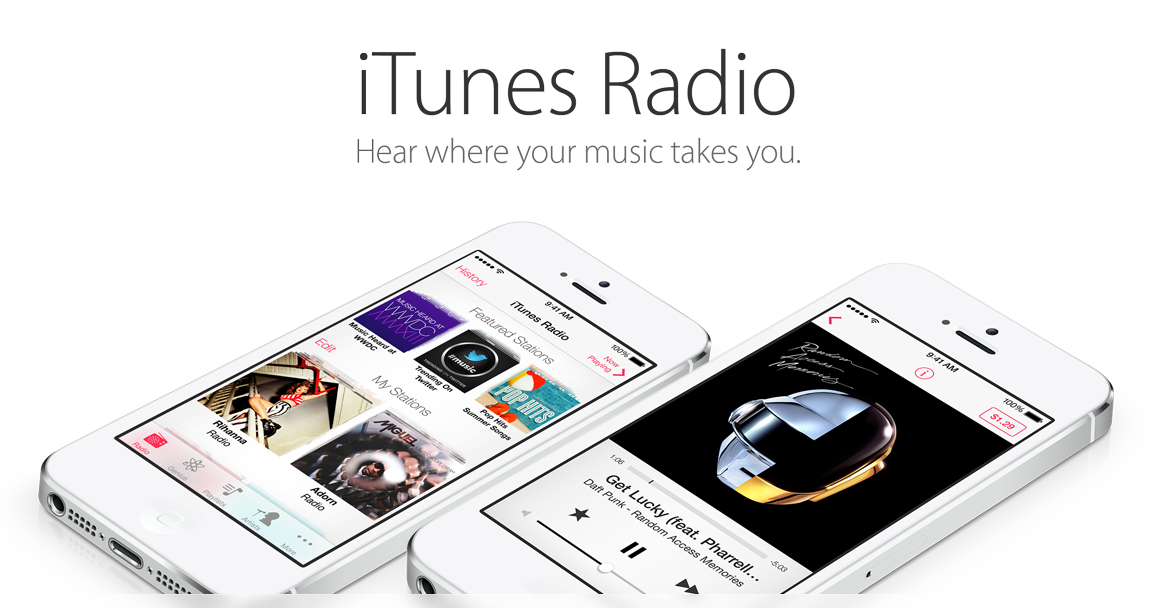 Apple has announced iTunes Radio, a new music streaming service. Apple’s SVP of Internet Software and Services Eddy Cue took to the stage at the WWDC 2013 keynote to show off the new service, which is built in to iOS 7’s new Music app.

Rather than an on-demand service like Spotify, iTunes Radio has more in common with Pandora, where you listen to stations inspired by a particular track, artist or genre. There are also more than 200 featured stations that have been created by Apple, such as Songs Trending on Twitter, Summer Songs, ’80s Dance Party, and Artists on Tour.

You can also create your own stations in iTunes Radio, which will appear under a My Stations heading, and share them with friends. Then, all you need to do is tap on the station to play it.

You can also modify a station, by tapping the star and choosing ‘more songs like this,’ or ‘never play this song.’ You can also add a song to your iTunes wish list to come back and purchase later. 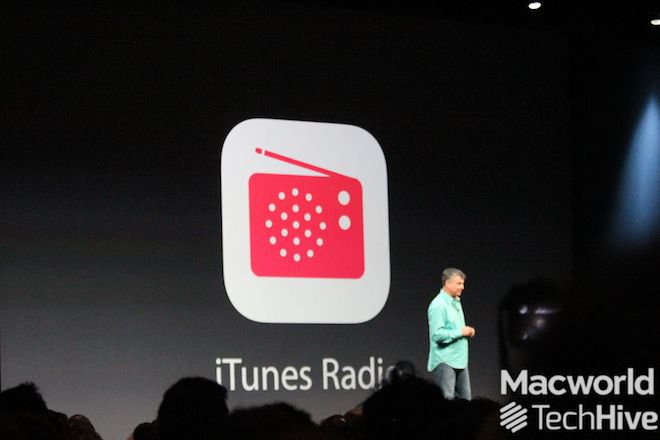 iTunes Radio also remembers all the songs you’ve listened to, and can create personalised genre-focused stations for you too. “iTunes Radio evolves based on the music you play and download,” says Apple.

In addition, iTunes Radio will give users access to “first listen” premeires, Siri integration and the ability to tag or buy anything you listen to.

“iTunes Radio is an incredible way to listen to personalised radio stations which have been created just for you,” said  Cue. “It’s the music you love most and the music you’re going to love, and you can easily buy it from the iTunes Store with just one click.”

iTunes Radio is built into iOS 7, and works on iPhone, iPod touch and iPad. It is also built in to iTunes on your Mac and PC, and on your Apple TV.

It looks like iTunes Radio will just be available in the US to begin with, starting in autumn, but will expand to the rest of the world (including us here in the UK) later.