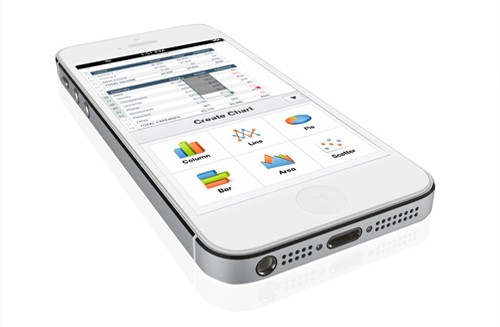 After months and years of rumours, Microsoft Office is finally coming to the Apple iPhone, in the biggest Apple/Microsoft news since Bill Gates agreed to support Office for Mac in return for getting Internet Explorer on Apple’s systems. Microsoft Office Mobile for iPhone is available today, to all Office 365 subscribers.

Microsoft has talked up the small-screen-optimised design of Office Mobile for iPhone, yet claims documents will look right on whichever device they are viewed on. “When you return to your PC or Mac your document looks like it should,” the company says.

You can sign into Office Mobile for iPhone using a Microsoft Account associated with your Office 365 subscription, or your Organization Account if you are using Office 365 at work. 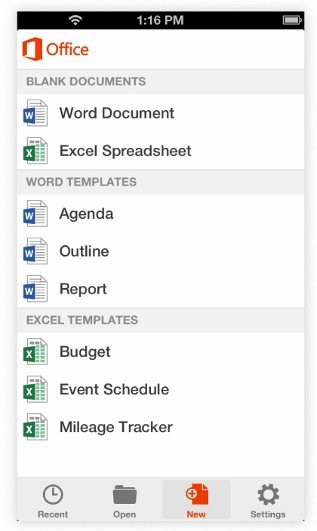 Announcing the move on the Office 365 blog, Pat Fox, senior director of product marketing in the Microsoft Office Division, offers details of the apps and services that will be available.

Microsoft Office Mobile for iPhone will feature all of Office’s main products:

Microsoft’s word-processing program, Word, comes to iPhone for the first time. Word Mobile is optimised for the iPhone screen and allows iPhone users to read, edit and create Word documents.

Fox confirmed that Word Mobile for iPhone also “supports Resume Reading, so documents you open from SkyDrive and SkyDrive Pro will resume where you left off from your other Office 365 devices”. 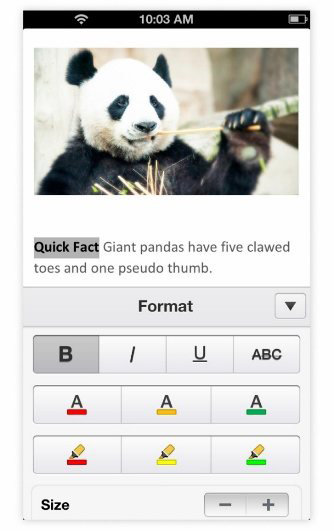 Microsoft’s spreadsheets program, Excel, has also been modified to fit neatly into the iPhone’s screen space. It’s based on a tab system (the tabs run along the bottom of the screen where relevant) that allow you to switch between worksheets.

You can create charts, filter and sort data, highlight cells and add comments.

“You can create data-driven charts, utilise the AutoSum features as they report the numbers, [and as with] Word, the Outline View allows you to jump to the tab and table of your choosing,” notes Fox. 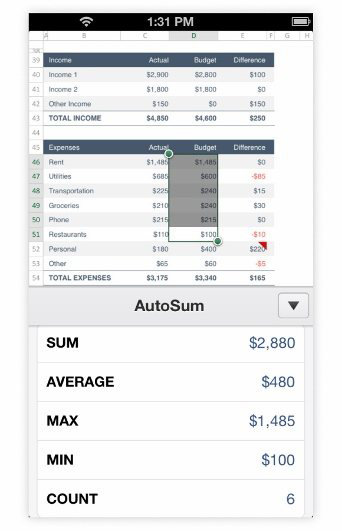 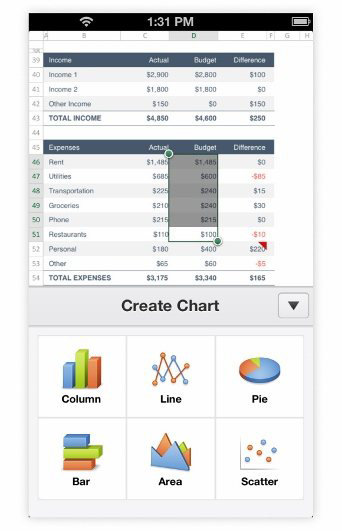 PowerPoint, Microsoft’s widely used but not always beloved presentation suite, makes the move to iPhone too.

“You can review your slides and edit speaker notes, move and hide slides, and make text edits directly from your phone,” says Fox.

How much will Office Mobile for iPhone cost? it’s free – sort of. Microsoft has announced it will not cost anything on top of the Office 365 subscription.

Will my iPhone be able to run Microsoft Office Mobile for iPhone?

That depends on which model of iPhone you’ve got. Fox said Office Mobile will run on iPhone 4, 4S, or 5 or iPod Touch 5th generation, running iOS 6.1 or later.

When will Microsoft Office Mobile for iPhone become available in the UK?

Office Mobile for iPhone is on the US App Store right now, but hasn’t appeared on the UK App Store just yet. However, it should be there within a few days.

“Office Mobile for iPhone will be available in 29 languages covering 135 markets,” Fox writes. “The international rollout will occur over approximately 4-5 days.”

Why didn’t Microsoft release Office on the iPhone before now?

It is thought that the real reason why Microsoft didn'[t previous release  Microsoft Office for iOS apps is Apple’s insistence that it take a 30 percent cut on sales, and complications arising from Microsoft’s subscription model. There has been some speculation that the launch of the had been delayed due to disputes about the subscription process.

But IDC analyst Bob O’Donnell said he felt Microsoft would be unwise not to release iOS versions of Office: “The day they [Microsoft] introduce Office for iOS and Android, they’ll start printing money.”

Back in April, Wes Miller of research firm Directions on Microsoft, put the impasse down to sheer corporate rivalry. “It appears that Microsoft doesn’t want to give Apple any money,” he said. “And I can’t say I blame them.”