Oscar Pistorius, the Olympian and Paralympian sprint star who stands accused of the murder of his girlfriend, Reeva Steenkamp, has allegedly told police that he cannot remember the 4-digit passcode for the iPhone 5 he was using the night of Steenkamp’s death. As a result, Apple execs have been asked for their help accessing the iPhone’s data.

Pistorius’ memory lapse may possibly be explained by the fact that he owned so many phones: it’s been reported that the iPhone 5 that police are trying to access was one of four devices found in the athlete’s bathroom shortly after the shooting.

Local police spokesman Vineshkumar Moonoo told the press: “Pistorius is saying he can’t remember the code and we have been unable to access messages sent or received that night. These could be crucial, and Apple executives in America have made their technicians available to help us.

“I cannot say Pistorius’s memory failure is suspicious but the mobile phones were clearly in use up to the time of the killing.”

Steenkamp died of gunshot wounds in the early hours of Valentine’s Day this year; Pistorius’s defence team accept that these wounds were caused by shots he fired through the bathroom door in his home, but the circumstances are disputed. His lawyers argue that Pistorius believed there to be an intruder in the bathroom. 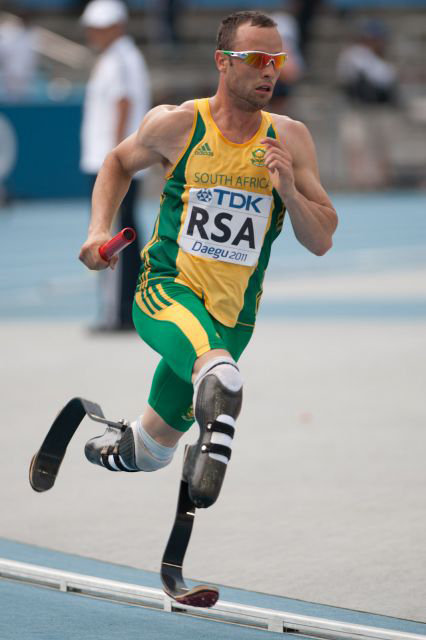