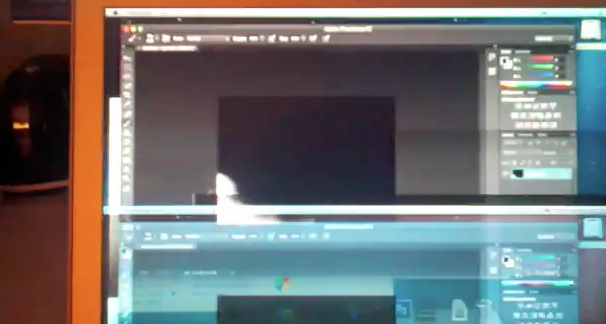 Some new MacBook Air owners are reporting flickering issues when running Adobe Photoshop and Adobe is laying the blame firmly in Apple’s court.

There are posts on the Adobe support forums relating to issues with “sever flickering in Photoshop”. There are also posts in the Apple Support Communities.

In the discussion on the Adobe Forum, which started on 26 June, title: Photoshop CS6 – Screen flickering when using brushes with new MacAir 2013, the author writes: “A number of users experience severe screen flicker in Photoshop CS6 when using any of the larger brush type tools (cloning, eraser, brush, spot healing, burning, and dodging).  As many on this thread are experiencing, it is awful and unusable! The flicker is screen wide black boxes, sometimes the whole screen goes black.  It only seems to happen when we put the cursor over the image to edit.”

Another user suggests that the issue is also appearing in Photoshop CC.

Adobe’s Chris Cox posted a reply, suggesting that a driver or GPU issue, or an issue with the LCD driver circuits, may be at the root of the problem. He points the finger of blame at Apple, suggesting that it “might be a bad batch of hardware.”

Cox states that Adobe has been unable to replicate the issue. He writes that: “My guess is that in this case there is a certain revision of the GPU or driver code that has this problem, and it does not affect all machines (otherwise we would have seen it ourselves),” adding: “We cannot solve these video driver issues – as we do not have the source code to Apple’s video drivers.”

“Adobe is not Apple, and Adobe cannot solve all of Apple’s problems,” he pleads, adding: “Adobe relies on Apple’s OS code working correctly, much like your car relies on a decent road to run on.  And you don’t call Honda to fix potholes.”

However, Cox later manages to reproduce the fault on his machine and reaches out to Apple.

Another forum poster suggests that he has been told that Apple is aware of the problem.

Here is Cox’s video of the display glitches.

The Apple support communities post, named: My screen flickers in Photoshop on my 2013 MacBook Air, also describes the flickering issue. One post reads: “When I use the brush tool in Photoshop CS6 and it goes over 100px my screen starts to flicker wildly”. That forum dates back to 18 June.

One forum respondent suggests that: “Changing the resolution of the display to the next highest setting provides temporary relief.”

Another suggests that upgrading to Mavericks fixed the issue, although this is obviously not an option for most users.

There have also been reports of WiFi issues with the new MacBook Air, with Apple now sending invitations to some users, asking them join its AppleSeed Program in order to get a pre-release version of an upcoming MacBook Air WiFi update.