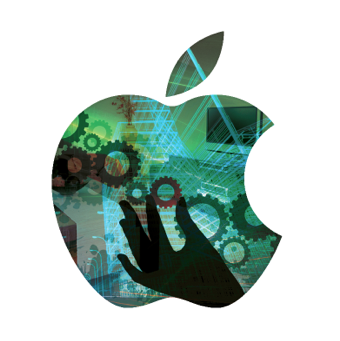 On 4 July, the US Patent & Trademark Office published an Apple patent application that covers a new speaker design that could be used to improve the sound emitted by built-in speakers in future iPad and iPhone models.

The new design aims to improve the audio delivery from small computers for music, video and speakerphone. In addition to smartphones and tablets, Apple highlights that laptops and notebooks, and even some desktop computers and low profile television sets with built-in speakers, could benefit from better a speaker design.

“In small back volume speaker boxes, improvements in low frequency performance are difficult to achieve since the air inside the box is confined to a small space which in turn may reduce the compliance of the driver,” Apple states in its patent background. “In addition, a large front volume tends to reduce the quality of sound output from the device.”

Apple proposes a new speaker assembly system with a Sound Radiating Surface (SRS) in order to resolve the problem.

As highlighted by Patently Apple, this is the third time Apple has attempted to come up with an effective speaker design for its iOS devices. In May 2012, Apple published its first design for an advanced sound system, which was followed by a second design in March this year and now this latest design.

In addition to the improved speaker, other patent applications published on Thursday include one relating to flexible battery packs for mobile devices. This latest battery-related patent aims to overcome the drawbacks of conventional battery packs, which may not be able to conform to new form factors, and could also include multiple cells subject to collect dust or moisture in their cavities. 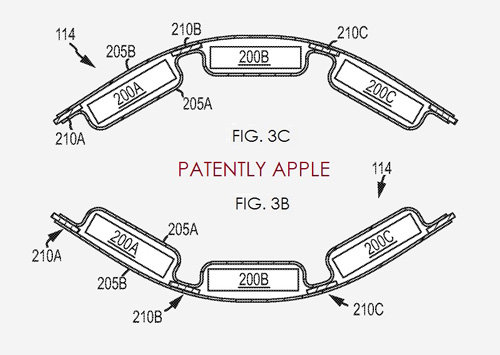 In order to overcome these drawbacks, Apple has come up with a flexible battery pack that may include a variety of cells and laminate layers coupled to those cells. By using an adhesive to couple the top and bottom layers together and separate the cells from one another, the battery can be shaped to fit a particular form factor, whether it has a slight curve in a future iPhone, for example, or further still a wearable device such as the rumoured iWatch. The arrangement will also allow individual cells to be removed.

Among the newly published Apple patent applications is also one relating to its Maps app. With this invention, Apple Maps users will be able to provide ratings for routes, streets and locations. 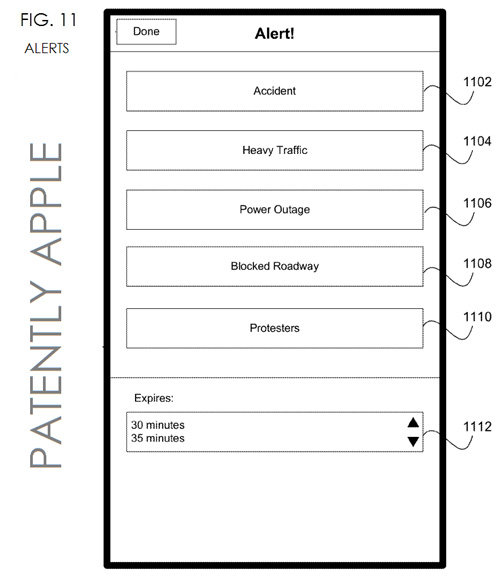 Plus, in a system reminiscent of crowd-sourced social maps app Waze, user-specified ratings and alerts can be used to determine which route will be quickest to get you to your destination.

“Route determination is improved by accounting for real-world considerations and concerns of travellers,” Apple’s application explains. “Real-time user-generated alerts allow for faster and more accurate notification of events within proximity of a user that might hinder the user’s progress as the user travels.”

The fourth of this week’s newly published Apple patent applications allows users, particularly teachers, parents or caregivers, to restrict user interaction with an iPad or iPhone, or other touchscreen device.

So, using this invention, teachers or parents could disable particular icons, buttons, sensors, and more to prevent children from accessing apps or functions that aren’t appropriate, or accidentally deleting a file, for example.

Also on Thursday, the US Patent & Trademark Office published an Apple patent application covering earphones that can automatically adjust audio output based on the quality of the seal detected by a built-in microphone or by measuring electrical currents, as spotted by Apple Insider. 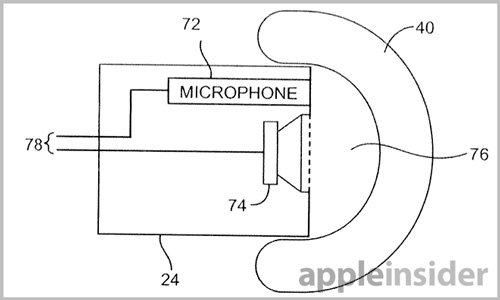 The patent, titled “electronic device and headset with speaker seal evaluation capabilities,” describes earbuds that can measure how well they are sealed to the user’s ears in order to adjust the audio to provide the optimum listening experience. For example, the volume, balance and equalisation settings may be adjusted, and noise cancellation circuitry settings can be changed.

Apple has this week been granted 15 new iPhone 5 design patents by the Hong Kong IP Office, with a 16th design patent awarded to Apple’s EarPods with Remote and Mic.

Who owns the iWatch trademark in the UK?