New images of what many are now calling the ‘iPhone Lite’ have been tweeted by Australian writer Sonny Dickson this week. The images show outer shells for what could be a new, cheaper, plastic iPhone in white, red, yellow, green and blue. This is the first time a blue case has been shown and the colours are a lot less bright than in the photos released earlier this month. 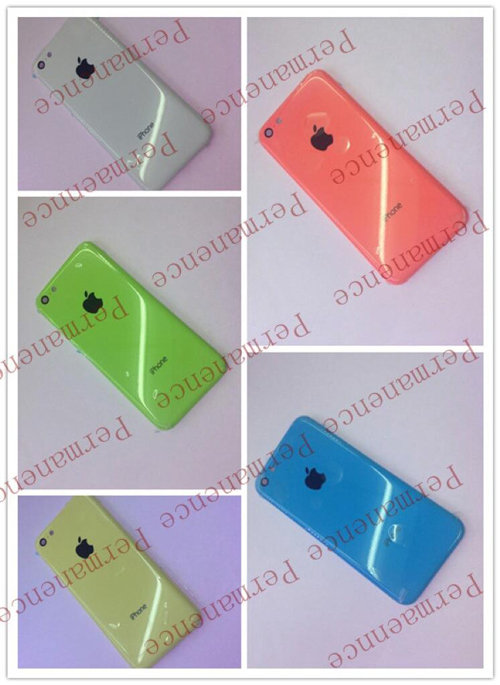 Plenty of images of a plastic “budget” iPhone have emerged online recently. Accessory reseller, Techdy, claims to have one of the plastic iPhones and states that the device has 4-inch display like the iPhone 5. While a lower-cost model might appeal to many, Apple Insider has deemed the images, posted by Techdy on its blog, as fake or incorrect.

What makes the legitimacy of these pictures questionable is that there are no outer buttons on the plastic iPhone whereas the iPhone 5 has four. Only the back of the shell is shown in the new images, not the sides where buttons or ports would be located which would possibly make it easier to determine whether the new photos are fake or not.

The release of a cheaper iPhone has been rumored and predicted for over a year, as the demand is high. The iPhone is a fantastic piece of kit, but it’s fairly expensive; a cheaper iPhone would be fantastically popular with people who want to buy into the iPhone experience, but don’t feel they can afford or justify a full iPhone.

Analysts said earlier in the year: “The low-end iPhone will have the same 4in form factor as the iPhone 5, but will have a plastic casing and a non-Retina display. With a lower price point, AAPL will be able to target a growing and important part of the smartphone market (sub-$400 price band).” If an ‘iPhone Lite’ is in the works, we could expect it as soon as September or October, to coincide with the expected release of the iPhone 5S/6 and iOS 7.

Should I buy an iPhone e5 or wait for iPhone 5S, iPhone 6?