Google’s relationship with Apple is on the mend, according to Google chairman Eric Schmidt, who this week revealed that the relationship between the two companies has improved after many meetings. 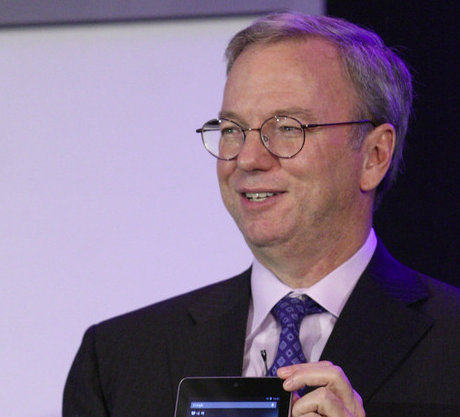 The relationship between Apple and Google has taken a tumble in recent years, after Schmidt left Apple’s board in 2009. Apple’s late co-founder Steve Jobs and Schmidt had known each other for many years before that, and Schmidt had been on Apple’s board up until the two companies became rivals when Android and Chrome OS were launched.

Jobs was certainly not happy with Google after that. According to Walter Isaacon’s official biography of Jobs, he said: “I will spend my last dying breath if I need to, and I will spend every penny of Apple’s $40 billion in the bank, to right this wrong. I’m going to destroy Android, because it’s a stolen product. I’m willing to go thermonuclear war on this.”

With iOS 6, which launched in 2012, Google Maps and YouTube were booted out of the iPad and iPhone operating system, further demonstrating the strain in their relationship. Users were forced to download the YouTube app from the App Store, rather than having the app installed by default, and the Google Maps app didn’t arrive until two months after the roll out of iOS 6.

Despite Schmidt’s comments and praise about Apple during the Sun Valley conference this week, Apple CEO Tim Cook, who is also in attendance, chose not to listen to Schmidt’s talk. Instead, he was spotted outside by reporter Jessica Lessin.

If Steve Jobs was right and this is a post-PC ear, why did Google release the Chromebook?