Paul Stoute’s 14-month-old daughter accidentally purchased a car when she was playing with her dad’s iPhone.

Stoute says that his iPhone was logged into the eBay app when his daughter Sorella started playing with it, and managed to buy a classic 1962 Austin Healy Sprite for $202 (£133). Thankfully, the old car is in desperate need for some TLC, hence the small price tag. 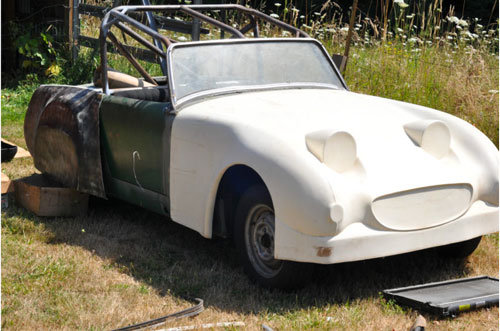 Above: ‘Frankensprite’ is in need of some TLC. Image from eBay listing.

Stoute says that first discovered that he had purchased the car, dubbed ‘Frankensprite’ thanks its hodge-podge of parts, when he received an email from eBay confirming his order.

Stoute eventually decided to keep the car, which he plans to fix up for his daughter’s 16th birthday.

This latest incident is one of many over the past year that have seen parents faced with huge bills after their children got their hands on their iOS devices.

In March, a five-year-old racked up a £1,700 bill by downloading in-app purchases on a free-to-play iPad game, a father accused his teenage son of fraud for a £3,700 iPad bill, and an eight-year-old spent £1,000 while playing a Simpsons game.

Parents of children who unintentionally racked up huge in-app purchase bills through the iOS App Store in the US have until January to claim compensation from Apple as part of a class action settlement.

Protect your phone and yourself, with bonkers iPhone case/stun gun combo