What is iOS? Find out in our beginner’s guide to iOS.

What is iOS? It’s Apple’s operating system (OS) for the iPhone and iPad – the software platform that’s pre-installed before you buy the device, and which underlies all your interactions with it. It organises your apps and lets you navigate around your device. iOS is to an iPhone as Windows is to a PC.

iOS was originally called iPhone OS, but was changed to reflect the growing range of Apple devices it appeared on: the iPod touch, iPad and iPad mini all use iOS.

There have been 6 full versions of iOS so far, and iOS 7 is being widely tested in a beta version – the full version of iOS 7 is expected to launch to all users in autumn, but you won’t be forced to upgrade to it if you don’t want to. If you buy a new iPhone after autumn, mind you, the chances are that iOS 7 will be pre-installed.

Which version of iOS have I got?

If you bought your iPhone or iPad since last September, it’s almost certainly iOS 6, the most recent full version of iOS at time of publishing.

To check which version of iOS you’ve got, go to the Settings app (the silver cog icon) and scroll down to General. Tap this, then click About at the top of the next screen. You can see your iOS version next to ‘Version’, 9 lines down. There may be additional numbers – I’m on 6.1.3 currently – but that’s still iOS 6. It just means I’ve updated with Apple’s minor fixes since the main iOS 6 update took place. 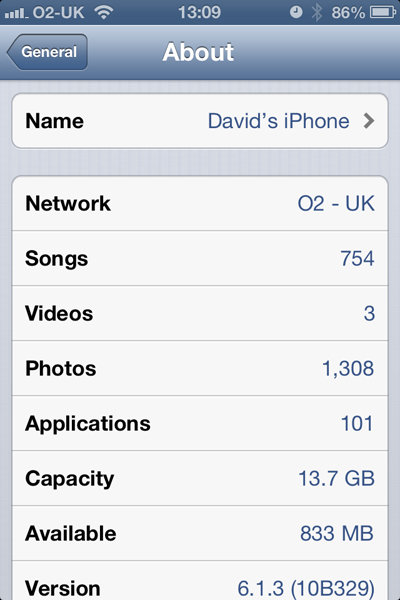 (Version 6.1.3 added some fixes for bugs and vulnerabilities and some improvements to Apple Maps.)

How do I update iOS to a more recent version?

You can easily see if there’s a more recent version of iOS by again opening up the Settings app, then clicking Software Update near the top. Your device will check for available updates, and offer to update to the latest version if you’re not up to date.

Bear in mind, however, that a full update to an entirely new version (from iOS 5 to iOS 6, for instance, rather than just iOS 6 to iOS 6.1.3) can take a bit of time, especially if the new version has only just come out. When iOS 5 came out, everyone tried to update on the same day, and Apple’s servers struggled to cope, making the process far more time-consuming than it would normally be. (iOS 6 was much easier, which suggests Apple learned its lesson and was better prepared for the stampede.)

Finally, be warned that updating to a new version of iOS sometimes makes things disappear or stop working. The troublesome iOS 5 update saw a few users lose some apps, but most managed to get them back fairly easily. These days it’s straightforward to re-download an app, since the App Store will remember that you’ve paid for an app already, but you may lose high scores in games. Back up your device before updating, in other words. (Again, iOS 6 saw a lot less of this sort of thing.)

As for apps no longer working: quite often (and especially if a new version of iOS is substantially different, as iOS 7 promises to be) app developers will have to overhaul their apps to work with the new platform. They will have had access to the new iOS in beta for several months before the official launch, so they may well be ready in time to ensure a smooth transition. But if it’s an old app that isn’t actively supported any more, there’s a small chance that you’ll never have a really satisfactory experience again.

I always advise people to wait a few weeks after a new version of iOS comes out. That way you can keep an eye on your favourite apps and check they’ve been updated. You’ll also avoid the rush on launch day.

Is it possible to go back to an earlier version of iOS?

It is, but it’s quite complicated ( here’s an explanation) and we wouldn’t recommend it. You’ll need to jailbreak your iPhone, which Apple doesn’t like one bit, and is likely to void your warranty.

Instead, what we’d recommend is reading up carefully on the new features in the next version of iOS (try our iOS 7 preview, for instance) before updating, and holding off if you’re strongly against them. (You may be surprised by how quickly you get used to a new interface or way of working, though.)

And if it’s too late for that, there are often workarounds to ‘fix’ those new features of the new iOS that you don’t like. With iOS 6, for instance, the main complaints were the lack of Google Maps and YouTube apps, and the replacement of the former with an unsatisfactory Apple Maps. Apple responded to user complaints by getting the Google apps back into the App Store fairly soon, and while they waited for them users were able to use the web app equivalents.

Hang in there, in other words – if you dislike something in the new iOS, there’s a good chance that other people do too, and a fix will be along soon. 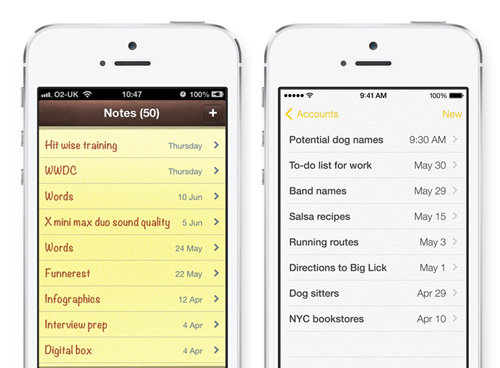 Notes in iOS 6 and the beta version of iOS 7, showing how different the new iOS is likely to look

Which is the best version of iOS?

The most recent, almost always. Certainly so far: up until iOS 6, Apple has gradually improved the interface without making any jarring changes that will confuse updaters. And with a few exceptions mentioned already, which are generally solvable, the features added have always been worth the effort.

This isn’t like Windows, where a significant body of users are still using the 12-year-old Windows XP, and where Microsoft removes the Start button and completely re-organises the OS between versions, then charges you £100 for the trouble. The majority of Apple iOS users upgrade to the latest version, and with good reason. Apple makes good updates to iOS, and they’re always free.

Getting the newest version of iOS means you’ve got fixes for bugs and patches for vulnerabilities. You’ll also get interesting new features that you never knew you needed, but will be dependent on within weeks.

iOS 7 looks like a more radical change than previous iOS updates, so a bit more caution is advised – it may take some getting used to. But we think it’s going to be great. 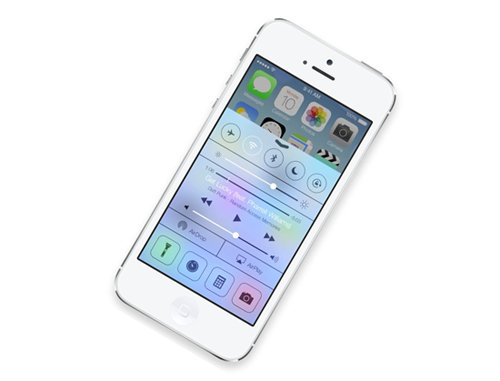 Related: How to update your iPhone or iPad to Apple iOS 7 |  Apple iOS 7 for iPhone and iPad preview & first impressions