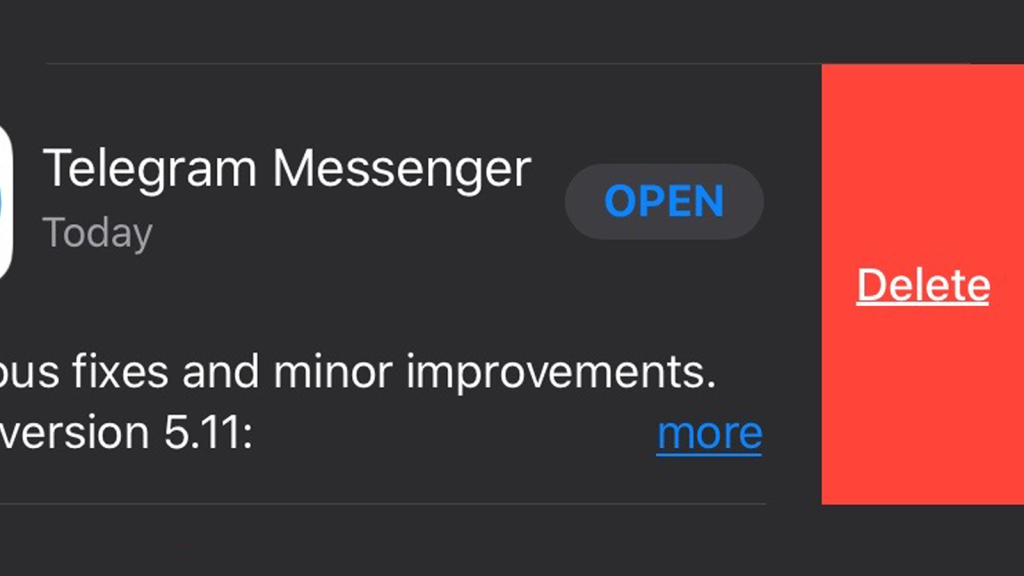 Want to delete an app that’s taking up valuable space on your iPhone or iPad? Well, there are a few different ways to make those unused programs disappear. In this article we show you the simple steps needed in iOS 13 and earlier versions of the operating system to keep your device clutter free.

It should be noted that iPads don’t use iOS 13 as Apple recently introduced iPadOS specifically for its tablets. Should your iPad be too old for the new platform (as several of ours turned out to be) then it will use iOS 12 or earlier, meaning the methods listed below will still apply.

Deleting apps in iOS 13 and iPadOS

Apple has made some small additions to the way you delete apps in iOS 13 and the new iPadOS.

The easiest way is the go to the Home screen, then press and hold on any app. Whereas previously this would have had the effect of making all the icons start jiggling and displaying a little X on its top-left corner, now you’ll see a contextual drop-down menu appear instead. 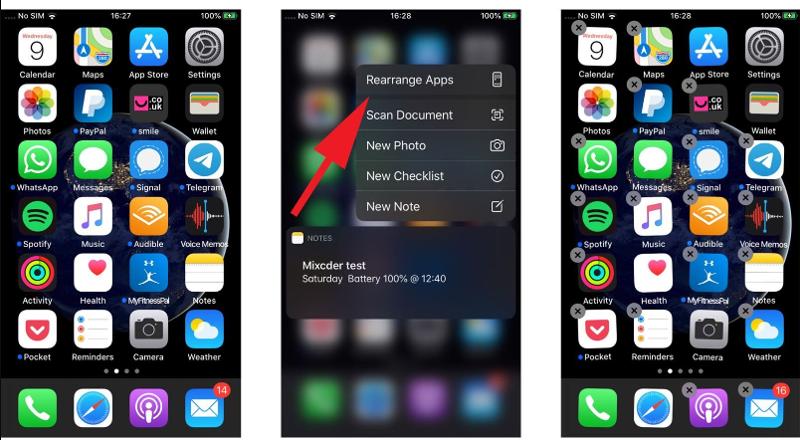 Once the icons begin moving, simply tap the X in the corner to delete them. If the item you want to remove is in a folder, then you’ll need to open that folder first then use the steps above.

There’s also another way to delete apps in iOS 13. This route is through the App Store.

To use it, tap on the App Store icon then tap your account icon in the top right corner. On the next page scroll down until you find the Updated Recently section. In here you’ll see a list containing all the apps that have been, well, updated recently.

To delete one, swipe to the left on its name until you see a red section appear to the right with Delete inside. Now tap Delete and the app will disappear. 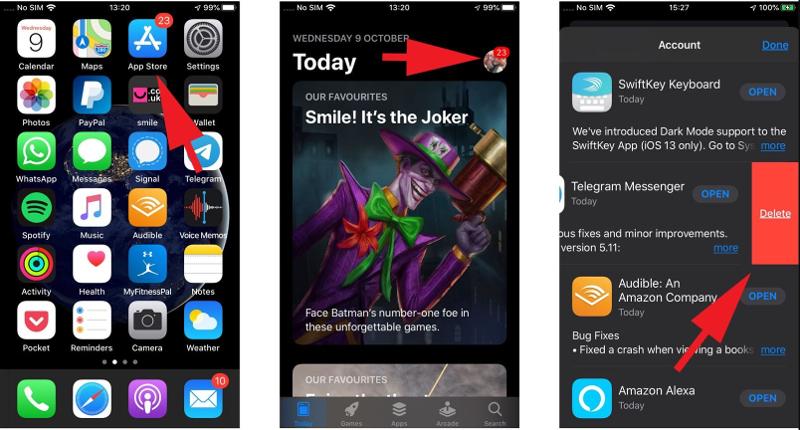 Of course, should you decide you want to get it back you can go to the App Store and install it once more.

Note that, as far as we can tell, deleting one of Apple’s apps doesn’t automatically cause your third-party replacement to become the default. We tried deleting Maps, for instance, and then tapping on a postal address in the hopes that we’d be sent to Google Maps; instead, iOS simply asked us if we’d like to reinstall Apple Maps. In a separate article we explain how to change your iPhone’s default apps.

Deleting apps on iOS 12 and earlier

The steps are very similar for removing apps on devices running iOS 12 or earlier. Find the icon for the app you want to delete, then press and hold it until all the icons start to jiggle. You’ll now see a little X in the top left corner of the deletable apps, so tap it and then select Delete to get rid of the offending item. You can remove several of them one after the other (so long as the icons are still jiggling), then tap the Home button or slide up from the bottom of the screen to return the iPhone to its normal state.

If you’ve got lots of apps that you want to remove, and particularly if these are spread across multiple screens, you may not relish the task of selecting and deleting each one individually. Fortunately, there’s a quicker way, and one that also helps you identify which apps are taking up most storage space.

Open Settings then navigate to General > iPhone Storage (or iPad Storage). Now you’ll see a list of your apps, sorted by which ones are taking up the most space. To get rid of one, tap it then select Delete App on the next page. 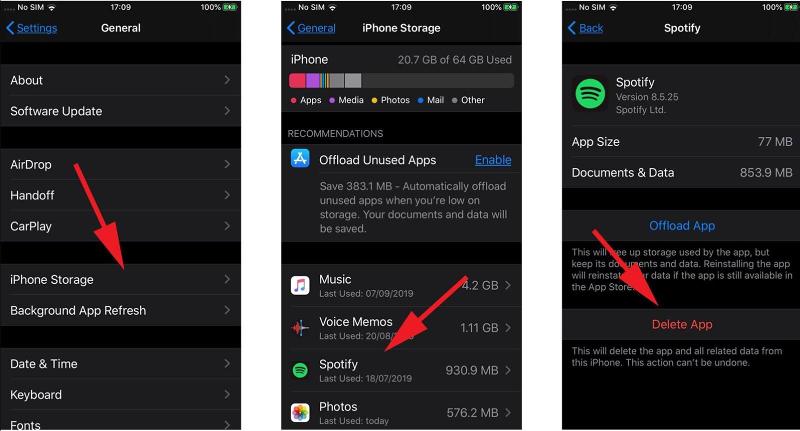 Why can’t I delete some of the Apple apps?

When you’ve tried the steps above, you may have found that there are certain apps by Apple that don’t give you the option to delete them. These are ones that are baked into the iPhone cake as it were, and therefore constitute a part of the operating system itself rather than some bolt-on app. No matter how hard you try, there’s no way to get rid of them. They are as follows:

We suggest you make peace with these permanent companions or follow the age-old custom of creating a junk folder and dumping them all in it.

So there you have it, various ways to rid yourself of these troublesome pre-installed apps. Should you want to continue your Marie Condo-style decluttering on other devices try reading How to delete apps on Apple TV and How to delete Apple Watch apps. Now, go forth and spark joy!