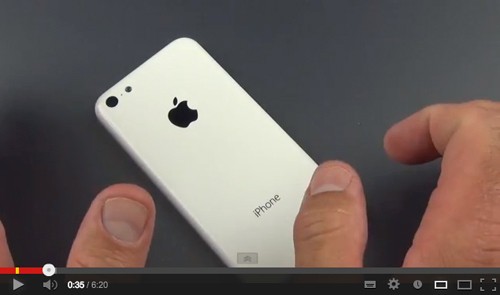 Rumours about Apple’s new low-cost iPhone – also known as the iPhone lite – just got a bit more concrete, with the posting of a detailed video review of the budget iPhone’s plastic casing and what it tells us about the (still officially unconfirmed) device’s physical design.

The budget iPhone chassis is entirely plastic, but seems high-quality for all that, and fears that the iPhone lite would look ‘cheap’ seem unfounded at this point. The budget is set to feature a 4in screen, if the chassis is any indication, and will physically resemble a cross between the iPhone 3GS and the current (fifth-generation) iPod touch: it has rounded corners, in contrast to the sharp, mirrored chamfer on the rim of the iPhone 5, and is a lot thinner than the 3GS but thicker (and wider) than the iPod touch.

The budget iPhone has a Lightning port and single bottom-edge speaker, and has a rear-facing camera with flash.

Kukielka says he acquired the iPhone lite shell from Sonny Dickson, an Apple leaks specialist with connections in the Apple supply chain.

Apple to launch cheap iPhone for China and India

Low-cost iPhone to be built by Foxconn rival Pegatron – reports