This week, Rovio’s Angry Birds spinoff – Bad Piggies – is available to download for free for your iPad or iPhone from the iOS App Store. 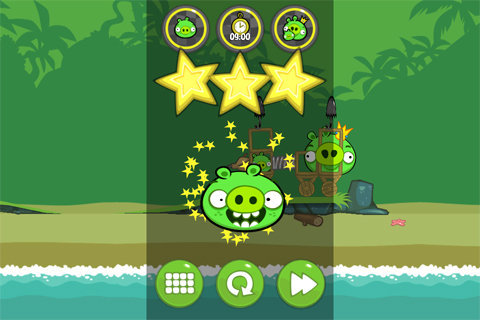 Bad Piggies became available to download for free in the early of this morning, and is expected to remain free as part of Apple’s Free App of the Week promotion until next week. The app has not officially been named App of the Week on the UK App Store, but Mac Rumors has suggested that the promotion is the reason behind Bad Piggies’ price drop.

This is the first time Bad Piggies has been available free from the App Store since its launch in September last year.

If Bad Piggies has indeed been named Apple’s App of the Week, it will become the latest in a string of Rovio’s apps to have been part of the promotion. So far this year, Rovio’s Angry Birds Rio, the original Angry Birds, Angry Birds Space and Angry Birds Star Wars have all been featured as the Free App of the Week by Apple.

Both the iPhone version and the HD iPad version are available to download free now from the iOS App Store.