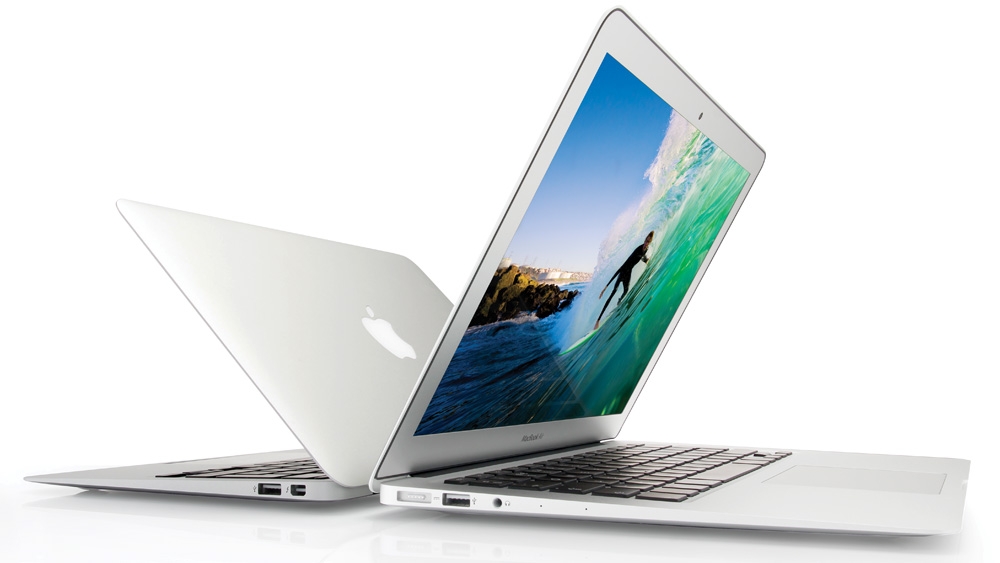 Should you choose a MacBook Air or a Windows laptop? Read our MacBook Air vs Windows Ultrabooks advice to find out.

The MacBook Air is one of Apple’s greatest creations. A portable product that doesn’t compromise on performance, build or user experience. Steve Jobs introduced the first MacBook Air in 2008. A 13in, thin-and-light aluminium laptop with bespoke graphics and processor from Intel, it set a new standard in portable PCs. Only now are Windows laptops catching up. (See our 13in MacBook Air review and 11in MacBook Air review.)

Why this was the case requires some explaining, but in essence where Apple is maker of both hardware and software, all Windows laptop builders make hardware to fit Microsoft’s software. More important: they do so using a set of processors designed for them by Intel. Apple’s great move in 2008 was to know what consumers wanted, and to insist that Intel made a CPU and GPU that would deliver. Right from the start the MacBook Air was not only thin and light, but it offered unsurpassed battery life without compromising on performance.

That Intel needed a push to create the components to make this possible is an irony. Because today it is Intel, in partnership with Microsoft, that is pushing Windows laptops makers to make thin and light, performance laptops. And doing so they are, with varying degrees of success. Here we’ll compare the best Windows Ultrabooks with the latest MacBook Air. See also: should I buy a MacBook Air or a MacBook Pro?

MacBook Air vs Windows Ultrabooks: what is an Ultrabook?

Intel owns the term ‘Ultrabook’. It describes a thin and light, ultraportable laptop or laptop/tablet hybrid. You may see first-generation Ultrabooks that don’t subscribe to all the standards that follow, but the latest definition of the spec requires these standards to be met before a laptop maker can call its wares an ‘Ultrabook’.

2013, 4th-generation Core Ultrabooks must have 802.11ac Wi-Fi, as well as touchscreens and voice control. They must wake from sleep in under 3 seconds. Battery life must be independently tested at seven days on standby, nine hours running Windows and six hours playing back HD video. Intel Ultrabooks must have built-in security software, and be no thicker than 23mm at their widest point.

Key to all this is Intel’s fourth-generation ‘Haswell’ Core processor family. One of the key strengths of Haswell processors is much-improved power efficiency, which Intel argues will give rise to a new generation of laptops that are even lighter and slimmer, as well as providing the key benefit of much longer battery life. That’s certainly true of some of the Haswell laptops we’ve seen.

But one of the first big names to update its laptops with Haswell processors is Apple itself. This means the MacBook Air has remarkable battery life. Apple claims an increase from seven to 12 hours for the 13in version, but in our tests it lasted even longer. Our video-streaming test ran for 12.5 hours and we saw almost 14 hours for less-demanding work.

Sony took a more ambitious approach for its first Haswell laptop, the Vaio Pro. It can’t match the battery life of the Air, but the size and weight of the carbon-fibre Pro represents a breakthrough in portability. At 1.06kg, the Vaio is almost a third lighter than the MacBook and, according to Sony, the lightest laptop of its type.

But if you compared only the best Sony and the best Apple you wouldn’t get the full picture. So below we outline some general points. See how to buy a cheap MacBook Air.

MacBook Air vs Windows Ultrabooks: why the MacBook is better

You know Apple, and you know the MacBook Air. Apple makes quality products that last, and the MacBook Air is one of the best. The design and build quality are impeccable, thanks to the elegant-yet-sturdy ‘unibody’ aluminium casing. And with a maximum thickness of 17 mm and a weight of just 1.08 kg the 11in MacBook Air remains one of the lightest and most portable laptops currently available. The 13in model is hardly a beast, either.

The basic design of the MacBook Air has remained unchanged – which is hardly surprising as it set the template that legions of Wintel Ultrabooks have followed in recent years. And the performance is as good as it gets.

This Mid-2013 13in MacBook Air with a 1.3 GHz Intel Core i5-4250U scored 4602 points in our PCMark 7 test. The 2013 MacBook Air recorded 6770 GeekBench 2 points, too. That is one fast PC. The dual-core chip still includes Hyper Threading too, to process four concurrent threads, and will also dynamically overclock to twice its rated speed, 2.6 GHz in Turbo mode.

Since PCMark 7 also measures the speed of storage as part of the test suite, this better-for-less result could also be attributed to the upgrade in flash memory. There’s now 128 GB as standard across both 11.6in and 13.3in models, and importantly this takes a new form-factor that bypasses any SATA bus. Instead it uses a direct PCIe connection, obviating the intermediary and unneeded SATA stage.

Memory for this generation and the last is 4GB as standard, configurable to order to 8 GB, and this is now low-power LPDDR3 SDRAM running at 1600MHz.

And battery life? We put the 2013 MacBook Air to the test in Windows 7 Home Premium, using the venerable MobileMark 2007 (Productivity) benchmark test. And here we recorded a runtime that comfortably exceeded the specified 12 hours, hitting a new record figure of 13 hours and 57 minutes. That is 14 hours of use for your laptop. FOURTEEN HOURS!

Allowing for times when you may be working the machine harder than the MS office and Adobe apps that comprise this test, even an eight-hour stretch between charges means you can yet charge your laptop for the morning, take to work and comfortably last the day without dependence on a mains charger. That’s a staggering result.

But stats don’t tell the whole story. The MacBook Air is a quality device that is a joy to use. And Apple’s sales and aftersales support is famously good. It’s not as though Apple won’t be around to service your laptop in a couple of years. And you know they will have stock when you go down to the Apple Store. That’s not the case for all Windows PC makers.

Oh, and statistics suggest that OS X products are a lot more secure than are Windows computers. So you may decide to save yourself the cost of security software.

Finally, for those of you saying: ‘yes, but I need Windows’, consider this. You can easily run Windows on a MacBook Air, but you can’t run OS X on a Windows laptop. See also: which cables, adapters and accessories do you need for the MacBook Air?

MacBook Air vs Windows Ultrabooks: why Windows is better 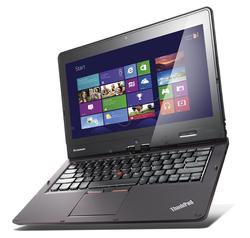 Okay, so the MacBook Air is a known quantity. It comes in just a few SKUs and they are all great. That’s good to know, but if you are looking for real choice you need to look to the Windows world. And that Ultrabook moniker should mean that you need have no worries about performance (even if build quality is still something of a pig in a poke).

As mentioned above new Windows Ultrabooks have to have touchscreens – and you won’t find that on your MacBook Air. Now most people would consider a touchscreen unecessary on a laptop, but  I can tell you from personal experience that when web browsing or using your PC as a media player the touchscreen is a real benefit.

Other variety in the Windows world includes form factor. The MacBook Air is a clamshell laptop, and that is the extent of your choice of portable running OS X. If you want a Windows portable you could choose from a range of clamshell laptops, convertible laptops that turn into slates, laptops that have detachable screens that become discrete slates, and slates themselves with desktop docking stations.

Variety of form factor is matched by variet of price. Ultrabooks tend toward the expensive, but you can pick up a Dell Ultrabook for around £600. That’s £250 cheaper than the cheapest MacBook Air. You get what you pay for, but if your pockets are deep and your arms short that could be a major feature.

And finally, there are advantages to having a Windows PC. Windows is the OS run by most computers in the world, so you get the widest choice of third-party apps and more opportunities for peer support.

If you are looking for a thin and light laptop offering great performance and battery life, get a MacBook Air. Even if you need to run Windows. If you need a touchscreen, a hybrid device or you are short of funds, take a dive into the Wintel world.