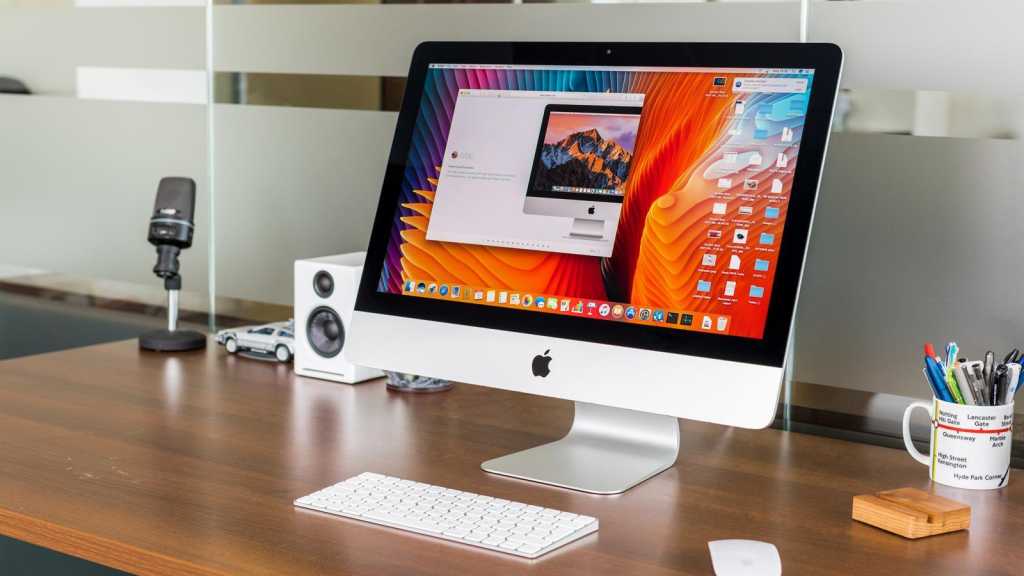 If you’re looking for a desktop Mac you’ve got four choices: the iMac, iMac Pro, Mac mini and Mac Pro. But which is the right one for you? In this article we compare them all to find the best buy in 2020.

Desktop Macs, while not portable like laptops, offer a lot of features that MacBooks lack. They are generally more powerful because they are able to use larger, more power-hungry components, and you will usually get more for your money because you tend to pay a premium for laptops’ compact nature.

The Mac desktop that suits you will depend on what your priorities are in terms of price and power. Here we will examine which desktop Mac offers you the best value for money: essentially the most powerful Mac desktop you can get without spending more than you need.

The Mac mini ( reviewed here) has been the cheapest Mac for some time but is no longer as affordable as it once was. Updated in 2018 to a more capable and powerful machine, it now starts at £799/$799, where many years ago prices started a lot lower at £400/$500. However, the new model is a lot better than the four-year-old previous generation and well worth your attention. 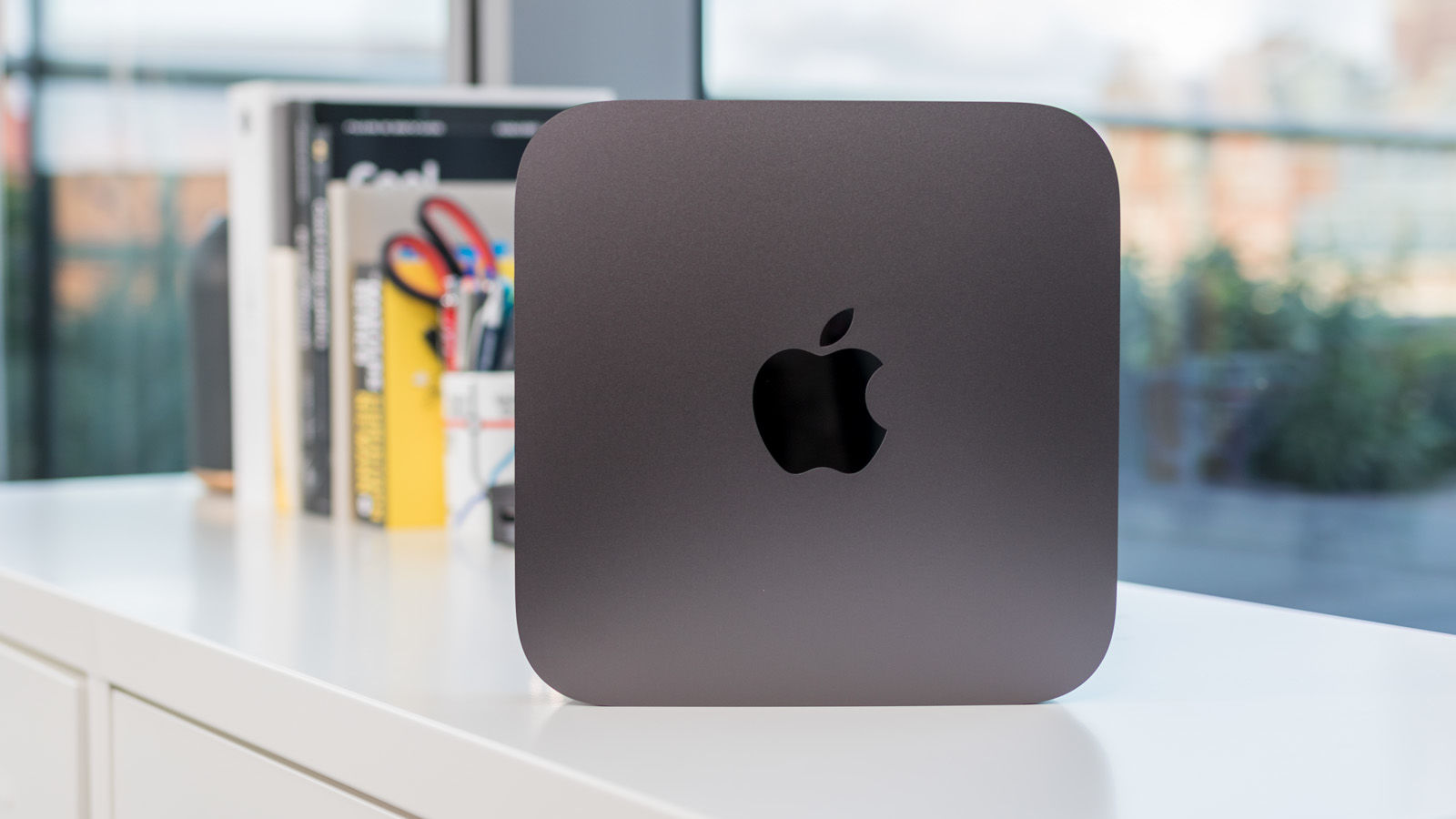 It has USB-A, USB-C, Thunderbolt 3, HDMI and Ethernet at its disposal along with high quality Bluetooth 5.0 to connect your mouse and keyboard if you wish. The GPU might be a little underpowered for the price but there’s no doubt that the cheapest way to get macOS into your home is far better than before the update (plus you can always plug in an eGPU should you need a more powerful graphics card).

But it’s not necessarily the desktop Mac for everyone. That starting price creeps up quick if you’re adding a keyboard, mouse and monitor into the equation, at which point you might want to start considering the iMac for a higher price, but one that includes everything you need in the box.

If you’ve got a high-quality monitor though then configuring a Mac mini at point of purchase is a good way to get more Mac for your money. There are granular options for more RAM and storage that you’ll have to pay more for on an iMac or MacBook. You can get a Mac mini with 64GB RAM and 2TB SSD if you really want, which is pretty nuts.

Just note that you can’t officially configure it after purchase – well it’s possible to add more RAM but you might void your warranty if you try to do so yourself (Apple would prefer you to use an authorised Apple service provider). As for upgrading your Mac with any other components, you are out of luck, but that’s the usual situation with Macs.

The Mac mini’s flexibility is its strength but it might not be the desktop Mac solution for you.

With its all-in-one design, the iMac is Apple’s signature Mac. It was last updated in March 2019, and we think a significant update could be in the pipeline for 2020.

Over the years the design has changed from the original CRT iMac in Bondi Blue, to today’s super-slim aluminium flatscreen stunner. If you want a beautiful computer on your desk, this is the one. (Not surprisingly, the iMac is a popular choice in office receptions.) 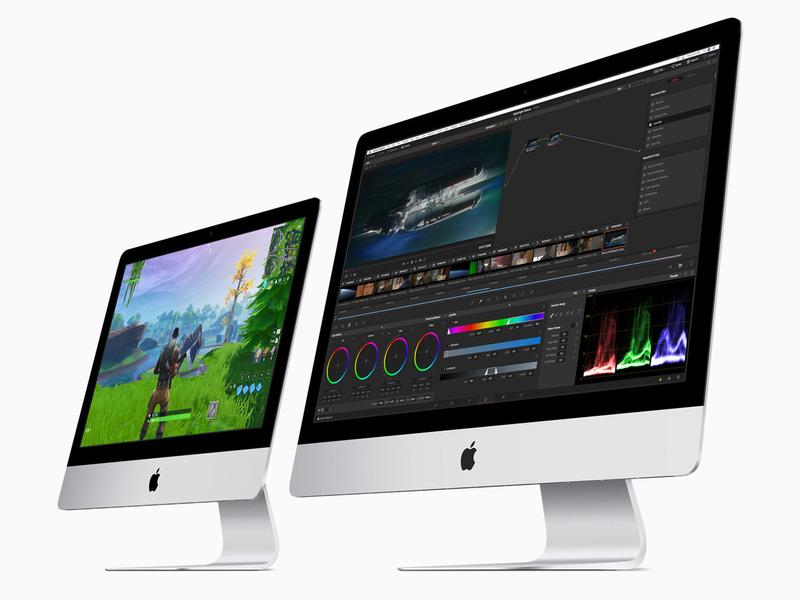 Even better, not only is the iMac gorgeous, but the range of iMacs is so wide and all-encompassing that there is an iMac for everybody. You don’t have to sacrifice power and performance.

However, we don’t consider the entry-level iMac (an older, 2017 model that’s still on sale) a good option, especially not compared to the Mac mini. At £1,049/$1,099 that iMac’s starting price is £250/$300 more than the entry-level Mac mini, but with far less appealing components: 2.3GHz Intel Kaby Lake i5 dual-core processor, 1TB hard drive and two Thunderbolt 3 ports, compared to the mini’s 3.6GHz quad-core processor, 128GB SSD, four Thunderbolt ports, two USB A/3 ports, and HDMI. Apple also sells a Mac mini at a price similar to the entry-level iMac with a six-core 3.0GHz processor and 256GB SSD.

The entry-level iMac doesn’t offer the high-resolution Retina display that you get with the rest of the range, but it does at least offer a display, unlike the Mac mini. That’s about the only thing in its favour.

So, moving swiftly on from the 2017 iMac, what about the rest of the range? For £1,249/$1,299 you can get an iMac with a Retina 4K display, an 8th-gen 3.6GHz quad-core processor, and a discreet Radeon Pro graphics card, rather than an integrated card. This model compares much more favourably with the Mac mini; even having a hard drive rather than an SSD may appeal if you want lots of storage space, although note that it does slow things down considerably. We think you’re better off with a Fusion drive or just configuring an SSD at point of sale.

And the iMac range doesn’t stop there. You can choose an even faster processor and a bigger 27in 5K display. Standard prices go all the way up to £2,249/$2,299, and there are lots more build-to-order options to choose from.

As for why you should choose an iMac as your Mac desktop, there are lots of reasons. Here are a few (note these pros do not apply to the entry-level model):

We won’t go into too much detail here about the different models on offer, but we do have an article that answers the question: Which is the best iMac? 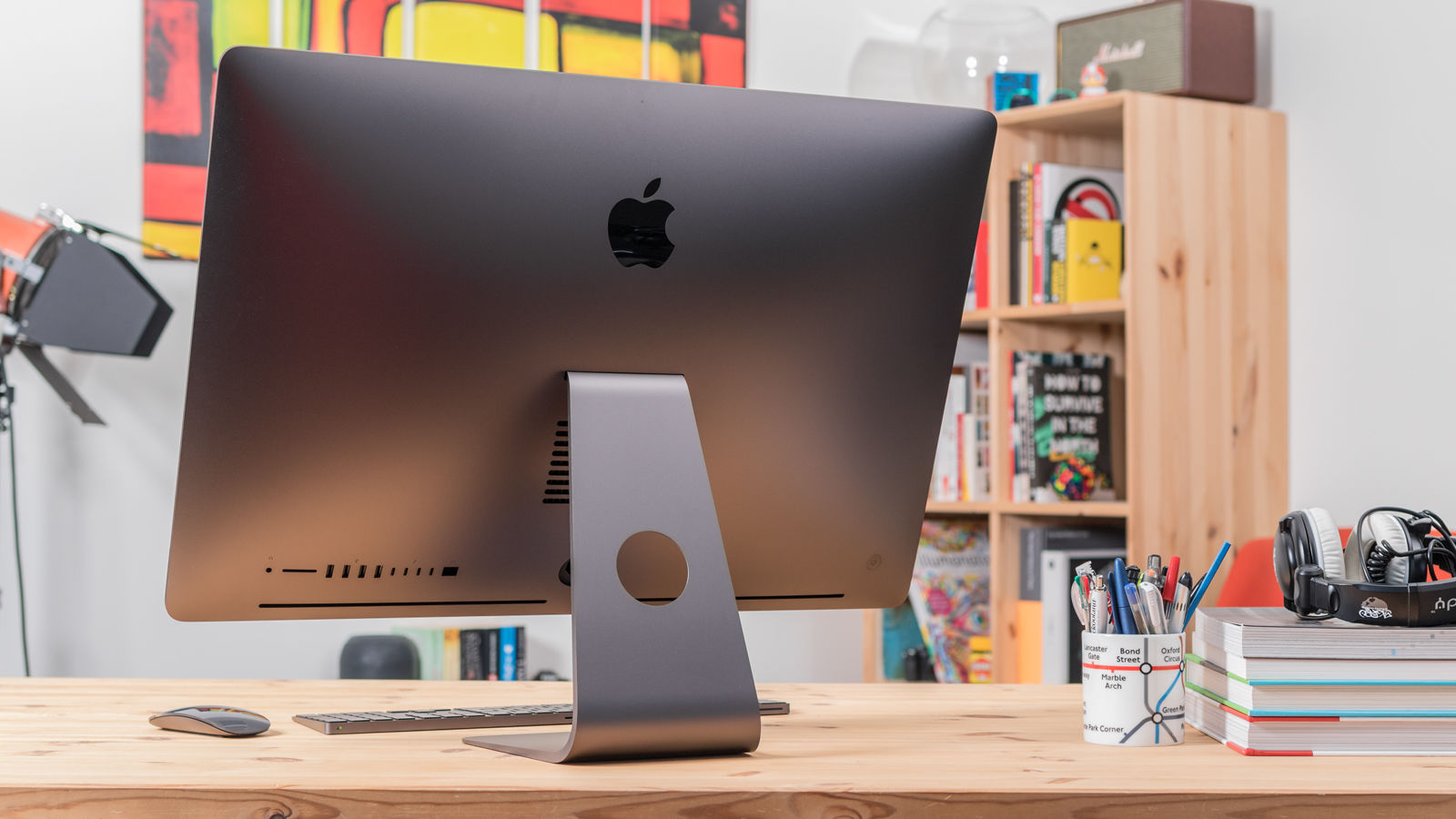 If you were to fully max out a standard 27in iMac you could spend more than £5,000/$5,000, but there is another iMac option that might appeal to those who need the ultimate Mac.

Apple said it experienced so much interest from creative professionals in the iMac that it decided to create an iMac Pro (reviewed here) just for them: a brand-new category of iMac designed purely for the professional creative user.

The iMac Pro, which launched at the end of 2017, offers a default eight cores and build-to-order options up to 18 cores, based on Intel’s Xeon W workstation-standard processors. It offers a Radeon Pro Vega GPU, up to 256GB ECC RAM, and up to 4TB SSD. We tested the 10-core spec with 128GB of RAM (at the time this was the maximum), and it absolutely destroyed every benchmark we tried, including a multicore Geekbench 4 score of almost 37,000. (A well-specced 2017-vintage i7 iMac scored around 17,500 in the same test.)

It really is in a different league to the standard iMacs. These Macs are designed for the kind of users who need to edit 8K RED video, H.264 4K footage, or 50 Megapixel RAW stills. It would even be overkill for gamers. Which is probably a good thing as it’s likely to be a little beyond their price range, starting at just under £5k and stretching to slightly over £13k if you go for every possible upgrade.

If you need a monster of a machine then the iMac Pro might be just what you’re looking for. But there is still one more option to consider.

The Mac Pro was traditionally the most powerful Mac you could get for your money. Then Apple redesigned it in 2013 and ended up with a bit of a disaster on its hands. As Apple’s Craig Federighi said: “We designed ourselves into a thermal corner.” Thankfully Apple has now gone back to the drawing board with that machine and it looks like this time round it’s produced something much much better. The new Mac Pro, which launched in December 2019 is an astonishingly powerful machine with an astronomical price.

This isn’t a Mac for the typical Mac user though. It’s not even a Mac for Apple’s biggest fans. And even if you had got the money to spend you probably don’t need the sort of power that this machine would offer. This is a machine built for creative pros with big budget projects. If that’s you then by all means buy one.

Apple neglected it’s Mac desktops in 2019. The Mac mini and iMac Pro were essentially untouched. The iMac got an update in March 2019, but we’ve felt for a long time that the iMac needs a makeover. Not just because we are bored with the current decade-old design (although we are a bit) but also because it’s just not very ergonomic.

The only desktop Mac that really had any attention in 2019 was the Mac Pro. Perhaps Apple was so tied up with the Mac Pro the other desktops had to be pushed back. Some might think that desktops just aren’t important enough to Apple now – there is no doubt that laptops are more popular. But some people need a desktop and right now we’d say to them: don’t buy!

We think that Apple will update the iMac and Mac mini in June if not before. If you can’t wait that long then check out our round up of the best iMac deals and Mac mini deals so that at least you can get a discount.