The iPhone is a great piece of kit, and like all Apple products it’s designed to be as simple to use as possible. And because it’s well-built you should get years of faithful service from it. All this sounds great right up until the point when something breaks.

When something goes wrong with your iPhone it can feel like a disaster. The software itself is so locked that it’s hard to imagine fixing it just by pushing the right buttons, and if the screen, casing or buttons are damaged it can look like an impenetrable fortress to open and repair.

Don’t worry. All is not lost. There are lots of tips and tricks for quickly repairing a damaged iPhone, and it’s a lot easier to fix broken parts on an iPhone than you’d think: especially when you’re armed with the right knowledge.

Here’s how to reset and restore a frozen iPhone

My iPhone screen is frozen?

When the whole screen is frozen and pressing the buttons doesn’t seem to do anything it can leave your head scratching. The solution is to power down the iPhone. 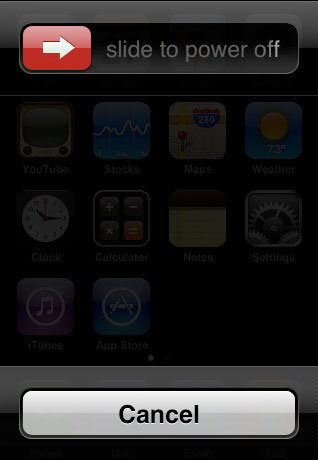 Help: My iPhone won’t power down?

An iPhone app has stopped working

This happens a lot more than Apple would like you to think about. For some reason an App has a memory problem and has just stopped responding. The solution is to close down the app using the Multi-tasking bar. Follow these steps:

1.  Press the Home Button to return to the Home Screen.

2. Double-press the Home button to open the Multi-tasking bar.

3. Find the offending app and press and hold the app icon till the apps start jiggling around.

4 Tap the red Remove (‘-’) icon next to the app icon and watch it disappear.

The app should now be responsive. If not you should check for an update from the App Store. If this doesn’t work the final step is to delete the app from your iPhone (hold down the app icon on the Home screen until it starts jiggling around, then tap the red Remove (‘-’) icon. Now re-install it from the App Store.

If your iPhone won’t start at all you should first check that your charger is working by trying to charge it from a different power source. If this doesn’t work try a different USB/Lightning cable.

Once you’ve made sure it’s definitely the phone at fault: hold down the Sleep/Wake and Home button for 10 seconds to force the phone to switch off. Then try switching it on again.

If this doesn’t work connect the iPhone to a computer and open iTunes. Click on Backup and Restore. iTunes will connect to Apple and install the latest version of the operating system.

If you connect the phone to iTunes and it doesn’t appear then place the phone into Recovery Mode (see below).

How do I put an iPhone into recovery mode?

iPhone Recover Mode is used when updating or restoring an iPhone that is otherwise unresponsive. It is also used by some Jailbreaking techniques but you can also use it to recover a seemingly dead iPhone.

Here’s how to put your iPhone into recovery mode:

1. Plug the USB cable into your computer but do not connect it to the iPhone.

3. Press and hold down the Home button and Sleep/Wake button for 10 seconds until the iPhone powers off.

4. Keep hold of the Home button but let go of the Sleep/Wake button.

5. Now plug in the USB Dock/Lightning connector to attach the iPhone to the Mac (keep  holding down the Home button).

6. iTunes should give a message that states “An iPhone has been detected in recovery mode”.

You cannot update or sync this iPhone, but you will be able to click Restore to re-install the iOS software.

What if your iDevice gets stuck in recovery mode. This typically happens after an update to a new firmware or when you are trying to restore a backup.

If your device is in recovery mode, connect it to your computer and run iTunes. You may have to hold the Home button while you connect the USB cable. iTunes should detect the device is in recovery mode and offer to restore it from a backup. All personal data, apps and settings will be removed from your iPhone or iPad and it will be restored to the most recent backup, so some data might be lost if you haven’t backed up for a while.

This means you will lose all the data on your device: it will be restored to the most recent backup on your computer.

While we can’t vouch for it as we haven’t tried it, there’s a utility called TinyUmbrella (for Mac and Windows) which claims to get your iDevice out of recovery mode without erasing any data, so you shouldn’t lose any photos, videos, contacts and so on. Other applications are availble, such as RecBoot for Mac OS.

When you run these utilities, they offer an option to enter or exit recovery mode – it’s a simple case of clicking the button with your iPhone or iPad already connected to your PC via a USB cable.

Apple itself has some comprehensive advice on fixing iPhone problems (although they don’t tell you every trick and tip). Visit the Apple Support site to see if it has advice for other problematic phones.

See: Will Apple replace my iPhone

Sooner or later most people drop an iPhone into water. This seems like an absolute disaster at first, especially because Apple includes a secret water detector in the iPhone and may refuse to replace a water damaged phone.

But all is not lost. The first and main thing to remember when you’ve dropped an iPhone in the sink is that you must not turn the phone on. No matter how tempted you are to see if it’s still working (and it won’t be) you will only risk damage by adding power to the water. If your iPhone hasn’t already switched itself off immediately hold down the Home and Sleep/Wake button and hold them till it switches off.

Now you have two options. Hopefully you’ve already bought an emergency bag for fixing water leaks like this Kensington EVAP. If so just follow the instructions.

In the more likely event that you haven’t bought a rescue kit then you can make your own DIY kit at home using uncooked rice. Place the iPhone in a bowl of uncooked rice and leave it for about 48 hours. Switch it on and see what happens. If it still doesn’t work leave it for another 24 hours and try again. Usually it’ll work with some weird water effect (like a screen that partially works). Keep it in the rice until it’s completely dried out. 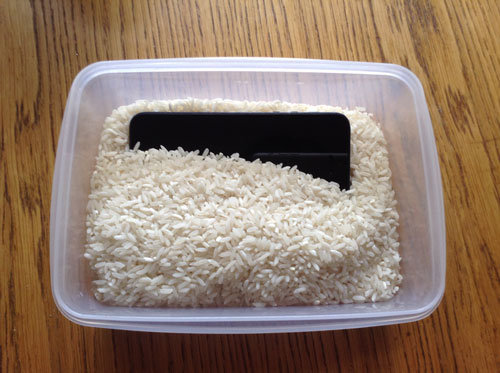 The iPhone looks like an impregnable block that could never be repaired. But it’s actually highly repairable, if a bit fiddly. Common fixes include non-working buttons, cracked screens and scratched casing. Our friends at iFixIt have a complete range of step-by-step guides that’ll walk you through the process. Here are some of the most popular:

See also : How to fix a broken iPhone lock button

See also: How to repair a cracked iPhone screen; 5 fixes for a broken smartphone display 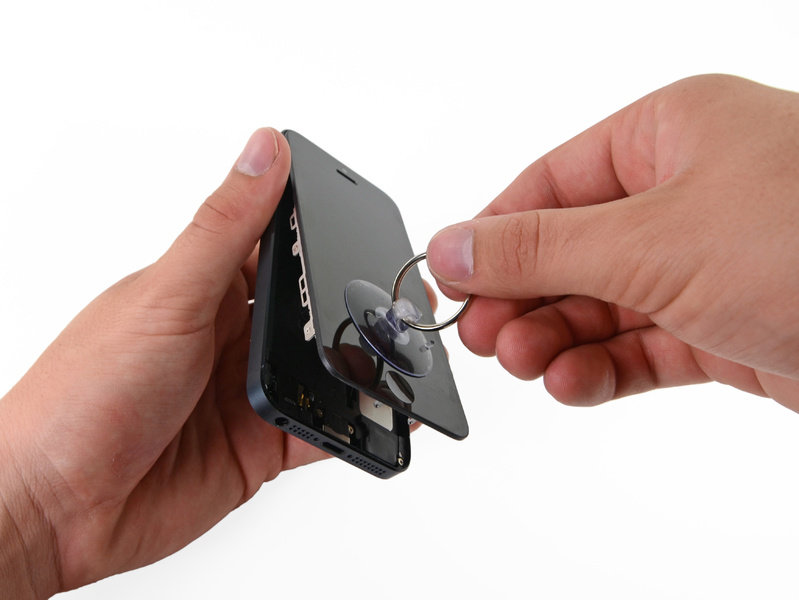