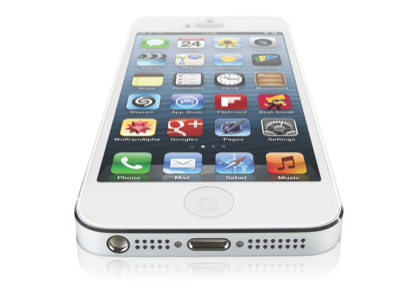 I had a conversation with someone recently about how “Apple isn’t exciting any more.” Their words. Describing themselves as an early adopter they made the point that when Apple launched the iPhone they bought one, they sold that to get the iPhone 3G, and they sold that when it came to the 3GS and again with the iPhone 4. At some point in that iPhone cycle they bought their first Mac (a MacBook Pro), then an iPad. This is where the obsession with Apple products stopped – they are still using that iPhone 4, the iPad sits untouched, and the MacBook Pro is now four years old. Apple no longer gets them excited. So what went wrong?

What motivates an early adopter? Is it being part of a ‘club’ that owns a product before it becomes mainstream; owning the breakthrough new product that those in the know say is defining the industry; or not wanting to be left out? Perhaps they seek products that are a status symbol, a way to impress friends, or to fit in?

With such foundations, the threat of Samsung’s smartphone attack shakes the confidence of the so called early adopter who doesn’t have a history with Apple. I’m not talking about the Cult of Apple here – those of us who have stuck with Apple through thick and MacBook Air-thin. These so-called early adopters weren’t fans of Apple before the iPod made the company a household name and chances are they didn’t look twice at a Mac before the Intel switch in 2006. Now they hear that Apple is losing marketshare to Samsung and they lose their faith in Apple. They hear that Apple isn’t innovating and inventing whole new product categories every year, and imagine that this indicates that something is wrong. They hear that Apple’s share price plummeted last September and has only recently started to recover some ground and think that is because the stock market was reacting to some sort of travesty at Apple. They argue that Steve Jobs was a genius and that Apple is nothing without him. Apple’s doomed, apparently.

Any long term Apple fan knows that’s not true. Apple isn’t losing out to Samsung because the Galaxy S4 is an amazing phone – we checked it out and it’s really nothing special (read our iPhone 5 vs Samsung Galaxy S4 smartphone comparison review. If Samsung is gaining marketshare it’s because they have a selection of cheaper phones that consumers can choose from. But cheaper is rarely better. (As an aside, a different friend recently showed me her Galaxy Mini and complained about how confusing it was to use).

The idea that Apple isn’t innovating is ridiculous, as is the idea that Apple should invent a whole new category of product every year. Some people seem to think something is wrong at Apple because Apple hasn’t reinvented TV or launched a smart watch yet. Samsung is gearing up to show off its smartwatch at IFA in September. Does this mean Samsung is going to win some kind of race to launch a watch before Apple? Who said Apple had to be first? Over the past thirteen years Apple has redefined three product categories: MP3 players with the iPod, smartphones with the iPhone, and tablets with the iPad. In each case Apple wasn’t the first to launch a product in the category, it was just the first to produce a product that worked well and had an interface that people understood. One reason why Apple is so good at this is that it makes the hardware as well as the software. Apple is the only technology company that does this and it’s key to its success. 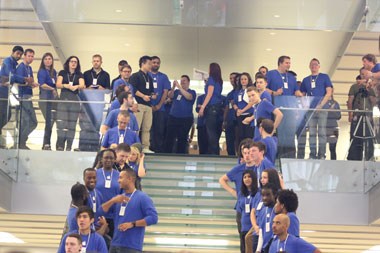 As for Apple’s share price. Don’t look at the stock market and imagine that it tells you the story of Apple’s success. The stock market is controlled by a few fund managers with a lot of money and they can whip out billions and cause a massive decline in the value of shares over night. These people can drive up the price of a big name stock and then sell sell sell. Take any big changes in Apple’s share price with a pinch of salt, they are rarely in reaction to any actual news.

The argument that Apple will fail without Steve Jobs is often made by people who see Steve Jobs through rose tinted glasses. Whether it’s his best mate Larry Ellison of Oracle who recently started complaining that Apple’s nothing without Jobs, or star of the new Jobs film, Aston Kutcher, who claimed in an interview that “Everyone loved Steve Jobs and the idea of Steve Jobs. Like a lot of people, I loved a man I never knew.” Steve Jobs might have revived Apple when he came back to the company in 1996, but some might argue Jobs also nearly destroyed Apple back in the 1980s. Jobs was a brilliant frontman for Apple, but he was a lose cannon – remember his reaction to antennagate? “Don’t hold it like that!” he told a customer by email.

Apple CEO Tim Cook on the other hand has been graceful and honest with customers. After the nightmare of Maps in iOS 6 Cook apologised. People said Jobs would never have let Maps launch, but it’s not as if Jobs never launched a product that wasn’t ready – remember the embarrassment of the MobileMe launch? As for the decision to ditch Google Maps from the iPhone in the first place, who was it who said they wanted to go thermonuclear on Google? Jobs.

Personalities  and outbursts aside, there is one thing that might be different if Jobs was still at Apple. Jobs was a driving force. What Jobs bought to Apple was a willingness to make the lives of Apple staff a little bit harder due to his high expectations. Does this mean that Jobs would have been better than Cook at getting his teams to iron out every little issue and push out new products quickly? We will never know. Would that have meant that Apple would have launched a TV and a watch by now and reignited the love of these early adopters? Not necessarily.

As we said above, Apple doesn’t just make fancy hardware, it makes software that works with that hardware and that’s why Apple’s great, and it’s also why Apple doesn’t just launch new categories of products to prove it can innovate. It does it because Apple wants to make our lives better. If Apple believes that it won’t be able to do that before a new technology launches or becomes accessible then it will wait. For example, Apple might choose to wait for the screen that it wants to use to come down sufficiently in price before Apple launches a TV, or it may believe that drawing out deals with the networks and content producers before the television launches is essential. When Apple’s ready to launch a product that will make our lives better it will.

While these early adopters have been losing interest in Apple another category has started to take notice. A quick look around a train carriage and you’ll see people on iPhones, iPads or using MacBooks. Maybe we just notice the Apple logo more, but it certainly doesn’t look like the majority of people in our train carriage has lost interest in Apple. Indeed, just a week ago my 70 year old father announced that having seen a Which report that said it was the best computer he’d bought a MacBook Air. This is after years of hints from me that he really ought to move to Mac. Perhaps now is finally the time for the late adopters.

It looks like Apple’s quiet period may soon be over. We’re expecting a number of new product launches this month. Will that be enough to win over our friend? Stay tuned.