Despite Apple not revealing more details on the new Mac Pro yesterday – surprising considering the Intel Xeon chip inside was formally launched at the same time – there was one piece of news that should please professional Mac users, especially those who work with big files such as video and 3D models.

At the same time as Apple was showing off the new iPhone 5c and 5s, HP launched a complete line of pro-grade ZBook laptops (below) that feature Thunderbolt connections – and Thunderbolt add-in boards for its Z-series desktop workstations. But why does this matter to Mac users? Because it should make Thunderbolt-based devices cheaper for everyone. 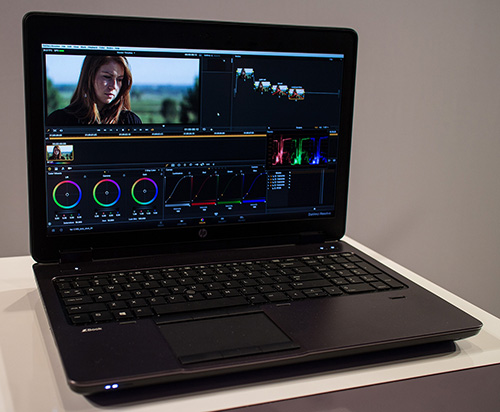 Thunderbolt-based storage devices are pricey. Even compared to a premiere-grade USB 3.0 device, you can expect to pay at least 20% more for a Thunderbolt version of a storage system.

Partially this is because the transfer tech inside is more complex than USB – it uses optical fibre – but the main reason is that there’s relatively few users that have it. Ubiquity made USB devices much cheaper than FireWire ones, which created a feedback loop that led to USB ‘winning’ over the faster format.

Pricing for Thunderbolt devices has started to fall – and you now often get cables included as standard rather than having to pay £30 for one (though you’ll still have pay that for a spare). But when HP’s devices start to permeate throughout wide areas of business beyond what Apple sells into – finance, CAD, architecture, medicine and even those parts of the ‘executive’ market in corporations who won’t let their executives have Macs – we should start to see a wider range of Thunderbolt devices emerge, including even low-cost drives.

And that’s a good thing for those of us who’ve had Thunderbolt connections on our Macs for since 2011.

Neil is head of product at IDG. Previously he spent 20 years editing Tech Advisor's sister site Digital Arts, so knows a thing or two about design.