With the iPhone 5S about to go on sale we take a look at how the iPhone developed over the years.

In 2007 Steve Jobs took to the stage to announce the iPhone: “Today, we’re introducing three revolutionary products,” he said. “The first one is a widescreen iPod with touch controls. The second is a revolutionary mobile phone. The third is a breakthrough internet communications device.

“These are not three separate devices. This is one device. And we are calling it iPhone. Today Apple is going to reinvent the phone.” 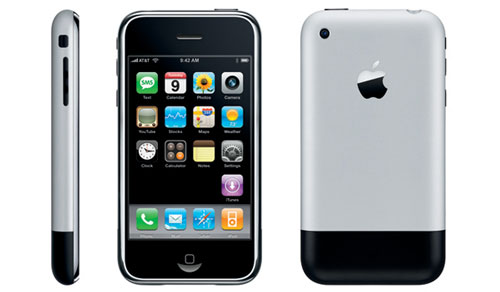 While you’re waiting for the iPhone 5S to launch, or your iPhone 5C to arrive, you might want to remember how the original iPhone looked all those years ago.

This historic launch was considered one of Steve Jobs’ finest hours. A forty minute presentation in which he outlined exactly how the smartphone of the future should look. He turned out to be right: here we are six years later and every successful smartphone since then has either been an iPhone, or looked like an iPhone. All the other phones like BlackBerry, Windows and feature phones with old-fashioned keys have gradually become phased out.

Let’s take a look at how the iPhone slowly evolved into the smartphone we we know today.

A history of the IPhone

Apple has launched eight iPhone models in six years (if we include the two models launched this year).

The first iPhone was a far cry from the fingerprint reading, Retina Display-powered and Siri-sporting model that is about to go on sale. The first iPhone had quite a number of high profile features missing. It didn’t have 3G, for a start, the fastest form of mobile internet at the time (let alone 4G). It also lacked GPS, the ability to install apps or a front-facing camera. The rear-facing camera wasn’t much to shout about either, being just 2-megapixels.

Above all it was fiercely expensive. Costing £269 for an 8GB model with a 18-month contract from O2 (at £35 per month). The total cost was £899. And you got just 200 minutes and 200 texts per month for that price, although you also got unlimited internet.

So just why was the iPhone so successful? It’s easy to look back and see what was missing, but unless you were there it’s also hard to understand just how revolutionary the iPhone was. Prior to 2007 mobile phones mostly had physical keyboards, if they had touch screens they came with styluses and were inaccurate and fiddly to use: screens were small; mobile internet was laughably expensive, and with the small screen and slow processors available it was largely useless. The same could be said of maps, video, music and most other basic features. Perhaps the only part of the Internet that had made it to the mobile phone was e-mail, and BlackBerry had made a successful living selling large format mobile phones with QWERTY keyboards and integrated internet. 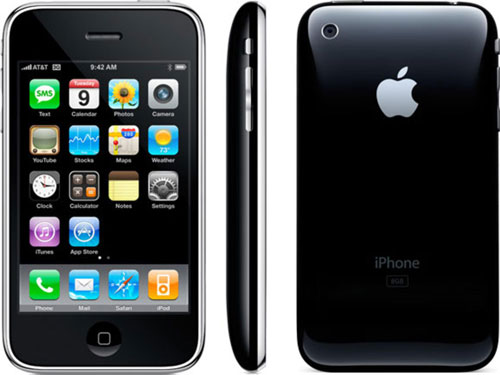 The iPhone changed all that overnight. Apple’s genius was to fuse a battery and touch-screen together. In essence making the device one huge battery and screen. This made a large multi-touch screen possible. You couldn’t also fit a keyboard so Apple created a multi-touch on-screen keyboard with the best typing correction it could. And you couldn’t remove the battery so whatever battery life you got you stuck with. This was around six to eight hours, but that compared pretty badly with the 36+ hours that many feature phones offered.

There were doubts: that battery was (and remains) a problem for many people; the camera wasn’t powerful enough and the lack of 3G a clear problem. All of this was because Apple had to squeeze every last drop out of the battery to power the massive – for those days – 3.5inch display.

Apple’s gamble was that people would prefer to use a device that enabled them to watch video, play music, browse the Internet comfortably, and use services like YouTube and Google Maps more than they’d like a keyboard or removable battery. The gamble paid off. Apple sold six million iPhones and has sold more ever since, selling approximately 400 million iPhones to date, and is said to be close to having shipped 700 million iOS devices in total. 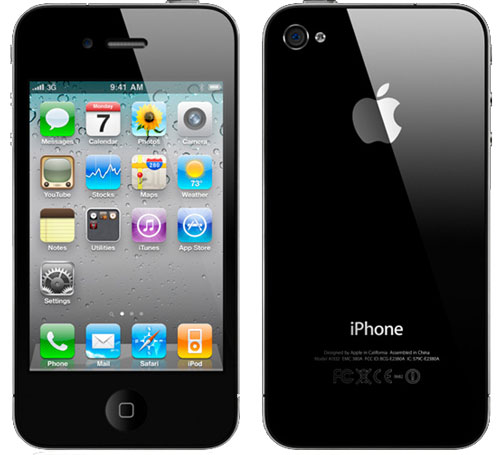 Here is a comparison chart of the iPhone models, and how they’ve shaped up.

Wikipedia has more detailed information on the various iPhone models. 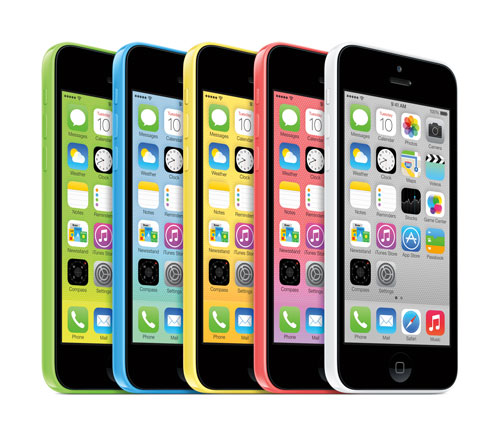 What kind of reception did each iPhone get?

The launch of iPhones has been beset with praise, criticism and equal amounts of fanboy love and hate. Here – in a nutshell – is what was said about each phone.

iPhone: The JesusPhone (ssshhhh… let’s pretend we all never called it that.)

iPhone 3G: The one where mobile Internet finally didn’t suck.

iPhone 3S: The one fast enough to play games.

iPhone 5: Bigger is better, right? Even if 4in is still a little small next to the Samsungs.

iPhone 5C: The one Jony Ive probably wanted in the first place

iPhone 5S: The blingin’ gold one with finger scanning anti-theft protection (we hope it deters the thieves).

Which iPhone was the best?

Which iPhone was the best to own is always a potted question. The first iPhone was by far the best in the respects that very few other people owned one, giving ownership a certain kudos value. And it was very different at the time, as Digg’s Kevin Rose once said: “It’s like holding something from the future”.

The iPhone 3G was both cheaper and more functional though, but its processor struggled with iOS 2.0 and a lot of apps ran slowly on it. The iPhone 3GS was the point where everything seemed to come together. It wasn’t the most exciting new phone (the key feature seemed to be a 3D compass), but it was the one where everything just worked. Ever since it’s got slowly better and the latest model, or the latest one you can afford, is always the best. 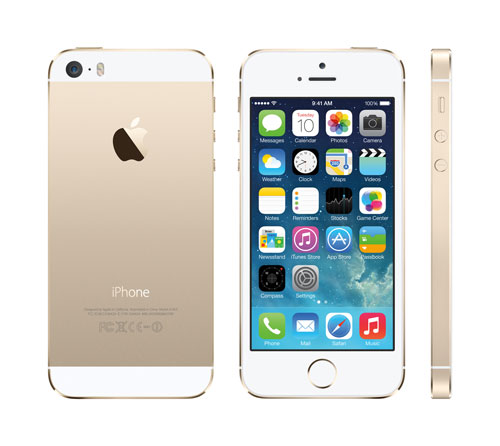 The iPhone 5S. The latest and best iPhone to date