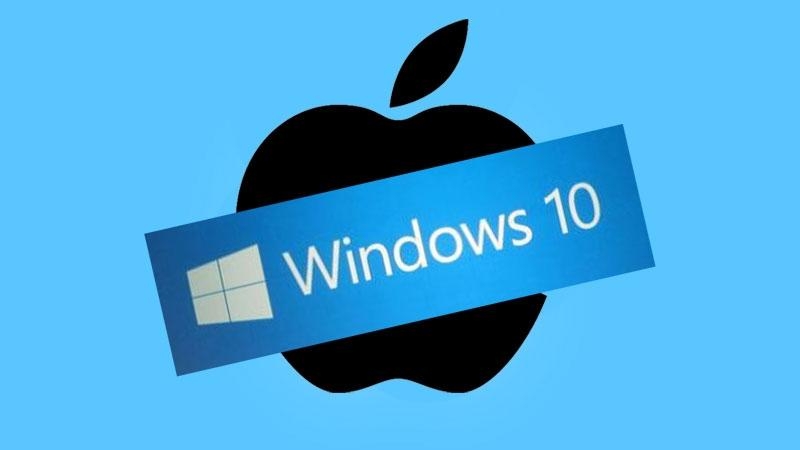 With Windows 8 hardly setting the world on fire, and Windows 10 just an iterative version of its predecessor Franken-system, Microsoft can expect customers to opt instead for the Apple Mac with its user friendly OS X platform. Here we answer the top 10 questions that new switchers ask about how to use Apple’s powerful OS.

There are many reasons to switch to a Mac: beautiful hardware, seamless compatibility with your iPhone or iPad, and the incredibly powerful OS X – now in the process of migrating from Yosemite to El Capitan (Microsoft doesn’t have the monopoly on weird naming conventions). Apple computers do things a little differently than those running Windows though, so here we answer 10 of the most common questions we’re asked by new users exploring OS X for the first time.

And if you don’t fancy that, why don’t you see what you are missing in our OS X Yosemite vs Windows 10 comparison review. Don’t forget: a Mac is the only device on which you can run Windows and OS X at the same time. So if that sounds like an interesting option, check out our story: ‘ How to run Windows on a Mac‘.

Also read How to move from PC to Mac: Here’s our complete guide to switching to a Mac from a PC, and  How to install and run Windows on a Mac. 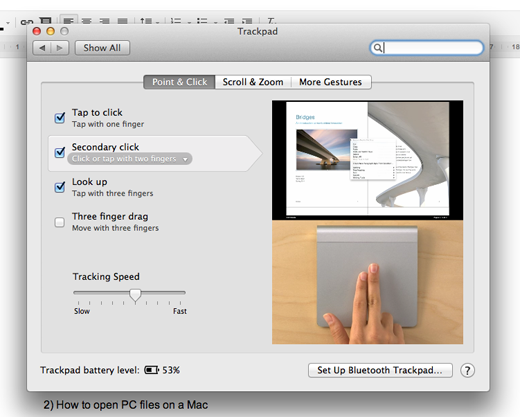 Due to the absence of buttons on Apple’s mouse and trackpad one of the most frequently asked questions by PC users is how to right click on a Mac. There are a few different ways to accomplish this. You can hold down the ctrl key while you click, but this seems a little clumsy. Instead go to System Preferences>Trackpad and enable Secondary Click. Now you can tap two fingers and the right click menu will appear. If you have a Magic Mouse then go to System Preferences>Mouse and enable Secondary Click, which changes the right side of the mouse button to a right click. (See also: MacBooks vs Windows laptops – which is best?)

Read more about how to right click on a Mac here 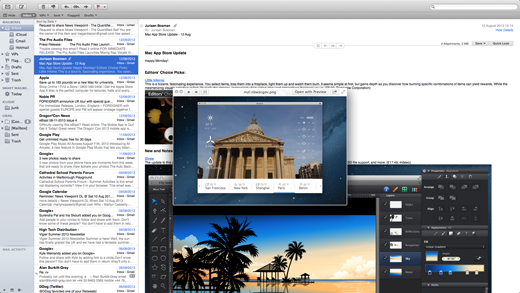 Many of the files you have on your PC can easily be opened on a Mac. Common media standards such as JPG, MP3, MOV, and AVI all have compatible apps that automatically open the file when you double-click it. If you’ve received the file through email then you can use the Quick Look option (on the right side of the main email panel) to view it first. There are a couple of notable exceptions to the compatibility rule: WMV – for which you can install the free, excellent VLC Media Player  –  or the EXE format, which cannot be opened on a Mac as it’s a Windows-only executable program. You don’t want to install a Windows executable on your Mac, and you can’t.

Read: How to network Macs together and share files between Macs and PCs over the network 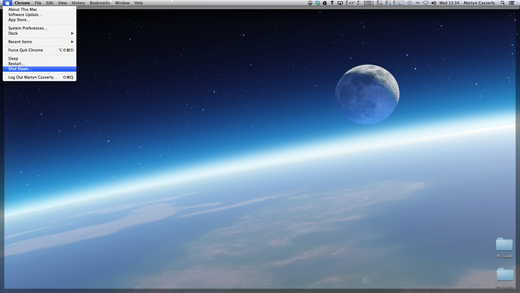 Shutting down a PC has always been a straightforward matter of using the Start menu, that was of course until Windows 8 came along and caused confusion with the Charms bar. It is marginally easier on a Windows 10 PC, but on a Mac the process is very easy. First click on the Apple icon in the top left corner of the screen. Then from the drop down menu you can choose to either put your Mac in sleep mode, restart or power down completely. If you just want to log out of your user account then the option is also found at the bottom of the menu.

Read: How to force quit on a Mac

4) Find a program you want to open on a Mac 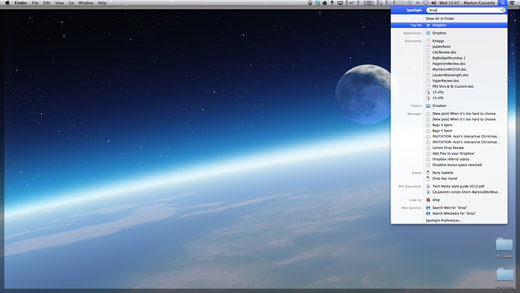 Like Search on Windows the Mac has its own feature called Spotlight which will quickly locate any applications, or files, you might need. To access it you can either click on the magnifying glass icon in the top right corner of the screen or hold Cmd-Space, then type the name of your program into the blue search bar that appears. Alternatively going to the dock and clicking on Launchpad – a silver circle with a spaceship inside – will bring up icons for your installed applications. If you prefer a Windows Explorer style search then click on the icon that looks like two blue faces to launch Finder.

5) How to uninstall a program on a Mac 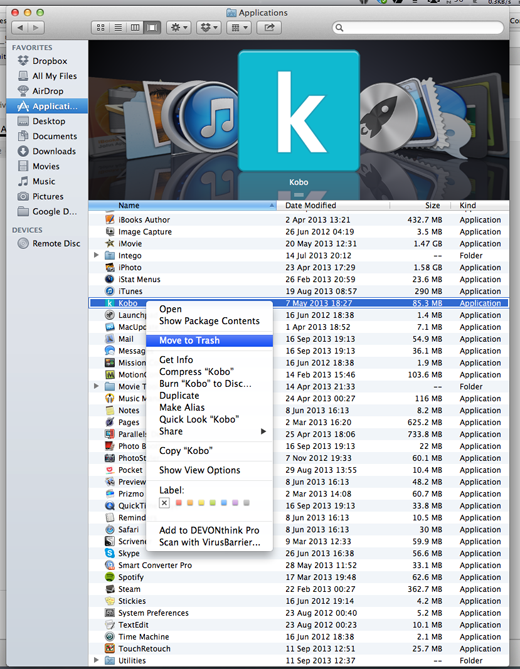 If you’re used to using the add/remove programs feature on a PC, then uninstalling an app on OSX will seem a little strange. In most cases it is a simple case of finding the application (see Spotlight above) and then moving it to the trash. Remember though that an icon from the dock is only a shortcut, so dragging that to the trash will have no effect on the actual app. In some cases, especially if the app required the administrator’s password to be installed, you may need to dig a little deeper to remove every last file.

6) How to close, maximise, minimise on a Mac

The way windows function on OSX can be a little bewildering at first for long-time PC users. The traffic light buttons in the top left of the pane look similar to Windows, but they behave differently. Clicking the red cross will close the current window, but not the app itself. The quickest way to achieve this Cmd-Q. The yellow minus does minimize the app exactly as Windows does, but the green plus button doesn’t maximise the pane. Instead it’s enlarged to a size that fits the information on the page. Mountain Lion does have a maximise feature though, for most apps, that’s engaged by clicking on the two grey arrows in the upper right corner of the window.

7) How to Ctrl-Alt-Delete on a Mac 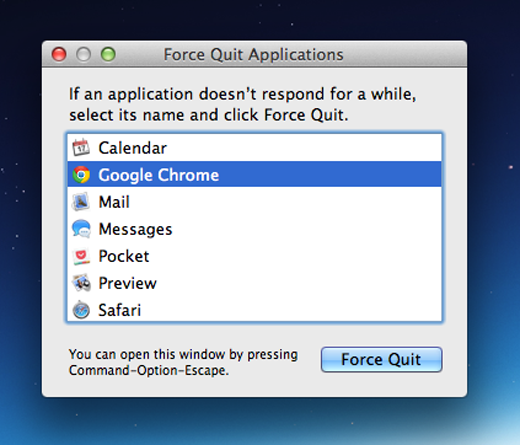 OSX is a very stable system but from time to time an application may stop responding, requiring you to manually shut it down. The Mac doesn’t have a delete key, meaning the time honoured Ctrl-Alt-Del combination won’t work, so use instead Cmd-Alt-Esc to bring up the Force Quit window. Now select the problematic application from the list – which will often have a message next to it – and click the blue Force Quit button. This menu can also be accessed by clicking on the Apple icon in the top left corner, then selecting Force Quit from the drop-down menu.

Read how to close frozen programs on a Mac

8) How to find the control panel on a Mac 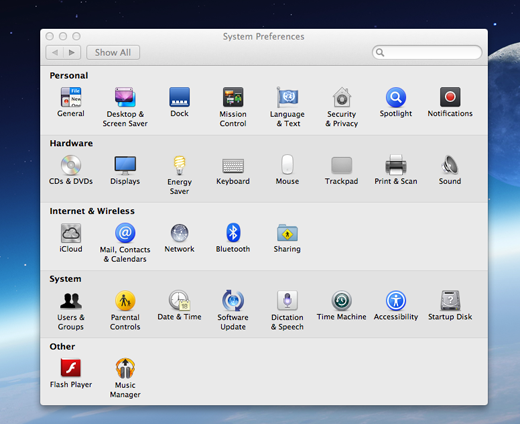 When you need to check various system or hardware details on a PC the first port of call is the Control Panel. You won’t find this on a Mac, but in its place is System Preferences. To access this click on the three-silver-gears icon in the dock or click on the Apple icon in the top left corner and then select it from the menu. Once inside you are presented with a pane displaying the various areas of the system. Simply click on the one you want to adjust and the options will appear.

Read our Complete guide to System Preferences on a Mac

9) Set up multiple user accounts on a Mac 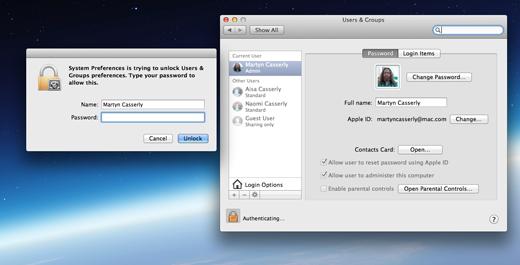 If more than one person is regularly using your new Mac then you might want to create different user accounts, just as you would on a PC. Setting them up is easy. Navigate to System Preferences>Users and Groups, and click on the padlock in the bottom left corner. You’ll be prompted for your administrator password, enter this then click on the plus sign above the padlock to enter a new user account. When you’ve finished, click the padlock once again to complete the process. To switch users either log out from the Apple icon, or click on the user name displayed in the top right corner and select another account. 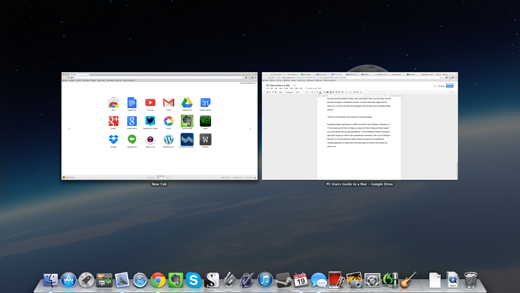 Navigating between applications on OSX is a similar to that of Windows. Whereas on a PC you would use Alt-Tab, on a Mac you press Cmd-Tab (holding cmd down longer if you want to see a menu of open applications). To move between windows of the same application you need to use a separate key combination, that of Cmd- (the key to the left of Z). Our favourite way to switch quickly (as long as you’ve enabled the Trackpad gestures) is to swipe down with three fingers and click on the window you want to use. (See also: 20 things it is easy to do on a Mac that are tricky in Windows.)