At Apple’s 30 October New York event the company announced a revamped Mac mini – the first update to the pint-sized desktop Mac since 2014.

The Mac mini has always been popular because of its affordability and usefulness as a server, a media library for the living room or a first Mac for those who don’t want to pay a premium, and the new model looks set to continue that while also offering extra power to appeal to the professional market.

The Mac mini for 2018 is now available to order from Apple following its 7 November release date.

That’s a big price jump from the older models, which started from £479/$499 – though that was for a four-year-old model, to be fair.

Of course, you’ll still need to factor in the price of a monitor, keyboard and mouse. For advice on that, see our roundups of the best Mac monitors, best Mac keyboards and best Mac mice.

The 2018 Mac mini is broadly the same design as the previous model, but with one major change: it now comes in Space Grey rather than Silver, a move Apple said is partly to appeal to the pro crowd. 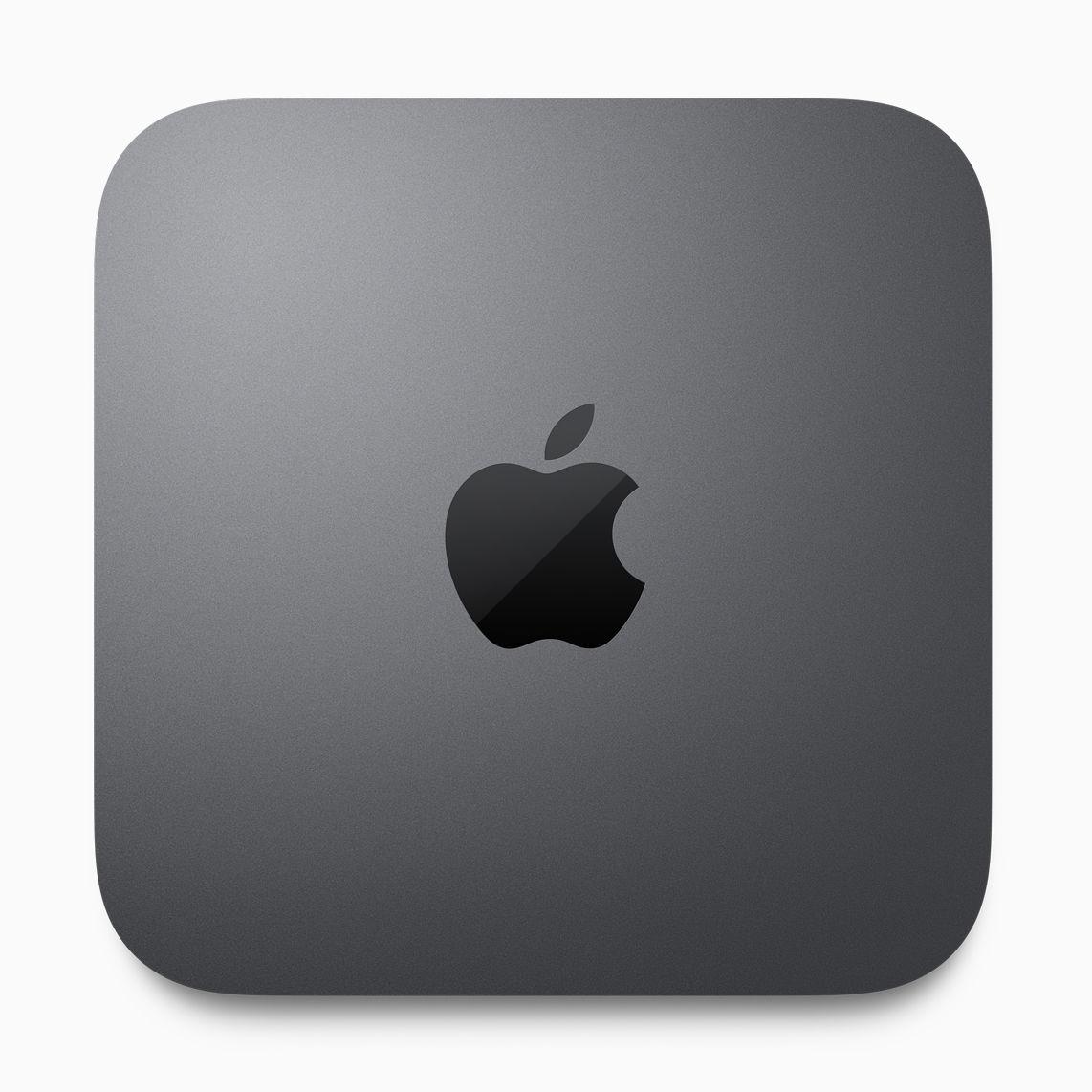 The size is also exactly the same – dashing any hopes for a smaller Mac mini, which makes sense given the significantly improved specs of the new model. So once again this measures 3.6cm tall and 19.7cm wide. It weighs 1.3kg – a very slight jump from the previous 1.22kg.

The final design change – Apple has switched to using 100 percent recycled aluminium thanks to a new custom alloy, along with more recycled plastic than before, making this a little more eco-friendly.

As we’ve already mentioned, the new Mac mini boasts a serious performance bump from the 2014 models. Here are the two new main configurations:

First up, the Mac mini is now packing Intel’s 8th-gen Coffee Lake processors for some seriously amped up performance power – Apple boasted the new devices are five times faster than before.

The entry model will include a quad-core 3.6GHz Intel Core i3 processor, but you can upgrade all the way to a 6-core i7 with Turbo Boost speeds up to 4.6GHz.

Unsurprisingly, given the Mac mini’s diminutive form factor, there’s still no support for a discrete graphics card – there simply isn’t the space in the enclosure.

Instead you get integrated Intel UHD Graphics 630, which should be a big step up from the last-gen devices – but still won’t be able to compete against discrete cards. Luckily, the new Thunderbolt 3 ports mean you’ll always be able to connect the Mac mini to an external GPU if you seriously need graphical performance.

RAM has arguably gotten an even bigger spec boost than anything else. The entry model Mac mini packs 8GB of 2666MHz DDR4 RAM, which is upgradeable to a whopping 64GB – a huge jump from the previous cap of 16GB.

The other big internal change is the commitment to flash storage – every single model now packs an SSD, with Apple promising that the new drives are four times faster than before.

The entry-level model includes 128GB of SSD storage, but you can upgrade all the way to 2TB.

Ports have been tweaked too, and thankfully there are plenty of them. Every model of Mac mini comes with four Thunderbolt 3 ports along with two USB-A ports, backed up by HDMI 2.0 and an audio jack – along with a socket for the AC adapter.

Gigabit ethernet also comes as standard, but this is where there’s also room for an upgrade: you can jump to a 10Gb ethernet port if you need.

There’s one big thing missing though: the SD card slot has been removed, so any photographers or anyone else reliant on SD cards will need to grab a dongle. 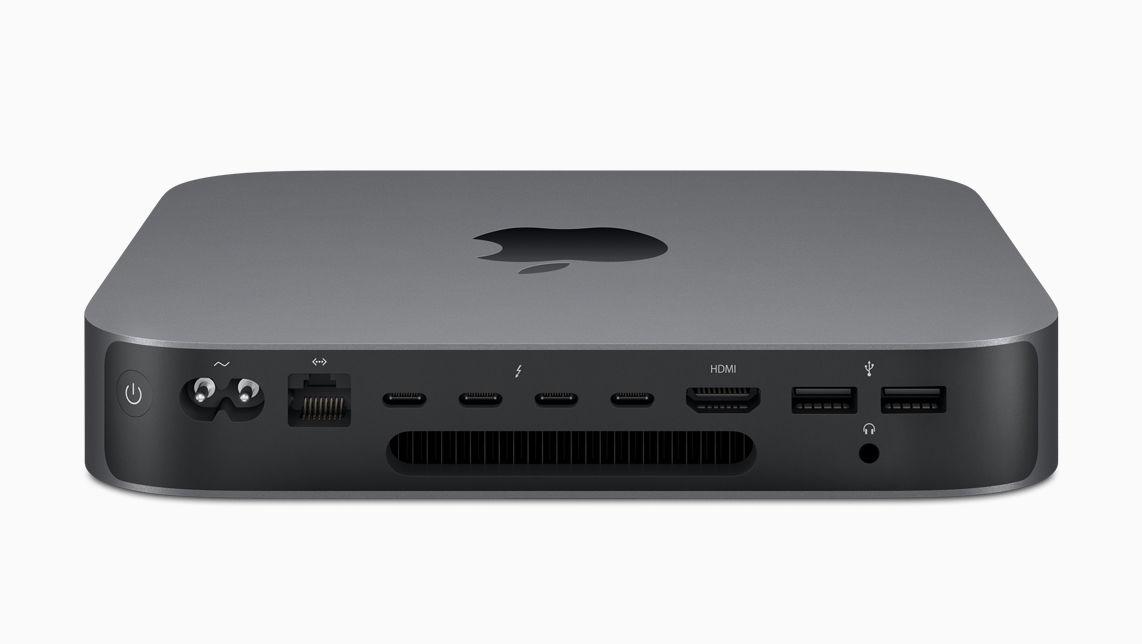 If you’re not sure which Mac is right for you, visit our Mac buying guide, and our guide to where to buy a Mac mini.