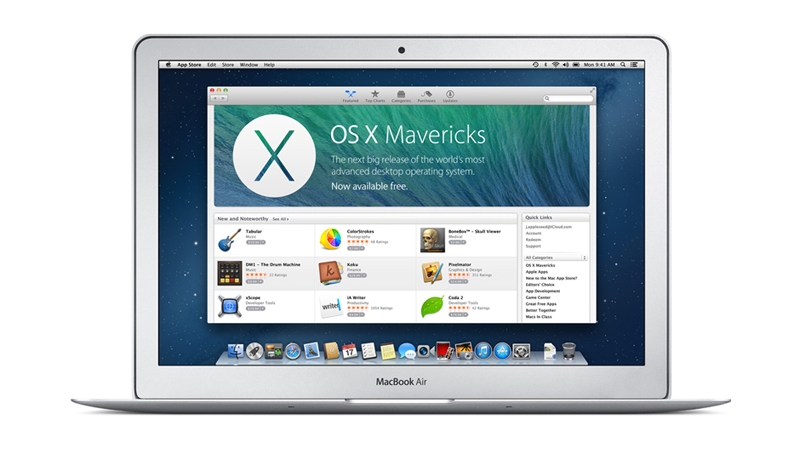 The release of Mac OS X Mavericks (version 10.9) bought more than 200 new features to Apple Mac computers. And as Apple continues to dominate the mobile space there’s deeper integration with iOS, the operating system used on iPhone and iPad. 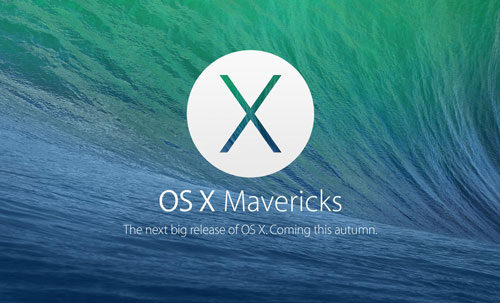 One reason for updating from Mountain Lion to Mavericks would clearly be the new look and style. While it doesn’t have the same leap that we’ve seen in iOS 6 to iOS 7 there is a striking new set of features. 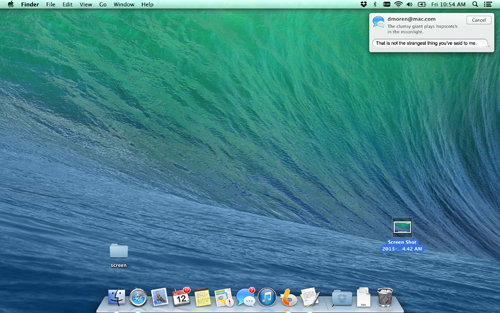 Apple is clearly moving away from the highly detailed skeuomorphic effect. Apps like Calendar and Contacts have had a makeover, and everything from Safari to Mail and FaceTime has the new standard UI elements.

Another reason to upgrade would the be the new features:

Apple has added several new Finder features. As Finder is pretty central to the entire Mac experience this is good news Finder now goes full screen and Finder windows can merge, but the most notable new finder features are Tags and Tabs.

Once you’ve installed Mavericks you will be able to utilize both screens in fullscreen mode and it will also be possible to drag fullscreen apps between displays. In Mavericks each display has equal worth, and features it’s own Dock and Menu bar.

Read our tips for using Multiple Displays in Mavericks

With Mavericks, those with an AirPlay connected TV will be able to treat it as an extra display (currently you can only mirror the display). After you’ve upgraded it will be possible to drag windows from your Mac display to your TV screen via an Apple TV, complete with menu bar and Dock.

A new iCloud keychain will store your passwords, credit-card numbers, and personal contact information and syncs them between devices running Mavericks or the also-forthcoming iOS 7.

Safari has had an overhaul and a new sidebar contains bookmarks, history and the new Shared Links tab. This enables you to view your Twitter stream as links inside Mac OS X: it looks like a great way  to look for things to read online.

Mac OS X Mavericks brings two new apps to the Mac from iOS: Maps and iBooks. Maps will enable you to plan journeys and then bounce the plan to your iOS device (handy for sat-nav directions); iBooks will enable you to read books from iBooks cloud, as well as add notes and bookmarks. 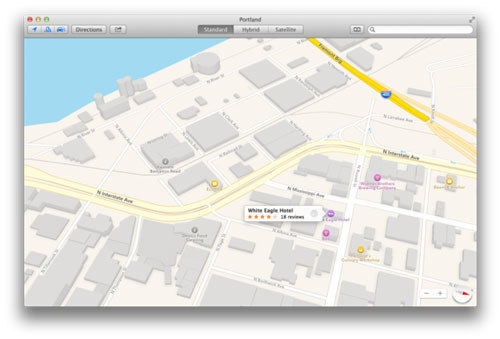 According to Wikipedia: As of its beta release, OS X Mavericks is compatible with all Macs that are capable of running OS X Mountain Lion.

One key question about the upgrade is “will my programs work in Mavericks”. There’s no overall answer, you just have to check what Apps you’ve got.

To check your installed apps do the following:

Go through this list and make a note of those you need and use on a regular basis, especially those that are vital to your job.

Check with the information and support found provided by the developer. Check if their system requirements have been updated to include Mac OS X Mavericks and do a web search to see if anybody has run into any problems.

The jump from Mountain Lion to Mavericks has been seemed uneventful with major apps like Microsoft Office and Adobe Creative Suite running fairly smoothly (although there were a few issues initially with Photoshop). But it’s always a concern if you’re running key software in a commercial environment we’d advise you to hang on for a few days until you’ve had your major programs confirmed.

Should I upgrade to Mac OS X Mavericks?

For many users upgrading to Mavericks will be a no brainer, especially since the update is free. It offers a slightly slicker interface, and a range of new features. If you use Mac OS X in a commercial setting then it’s usually a good idea to wait until key software programs have been checked against it.