Apple has quietly updated its OS X Mavericks Golden Master (GM), hinting that the public release of the software is imminent. 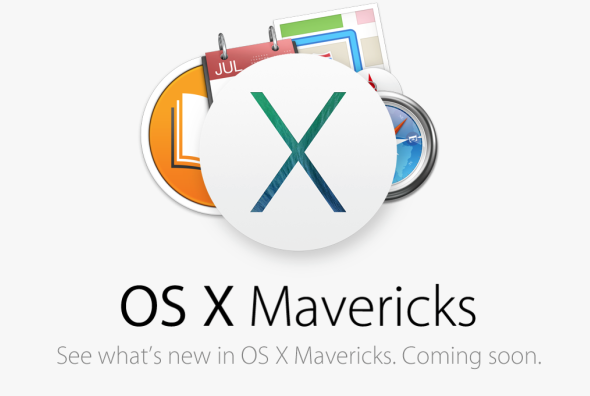 The new update to OS X Mavericks was spotted by 9To5Mac on Sunday. The new build is 13A603, compared with the original GM’s build of 13A598.

The OS X Mavericks update doesn’t appear to have any significant changes from the previous build, but it’s expected that it has squashed some of the remaining bugs in the new operating system.

It’s been highlighted that, while reasonably uncommon, Apple has changed the build for the GM of a software update in the past before releasing it to the public.

Apple rolled out the Mavericks GM to developers earlier this month, and we expect the new software to be released to the public at the end of October. So far Apple hasn’t been more specific than “later this fall” when talking about the Mavericks release date.

Apple has announced that it is hosting a special event in San Francisco on Tuesday 22 October, so we expect to find out more about the OS X Mavericks release date then.

The new build of OS X Mavericks follows another clue that the public release is imminent, which came last week when Apple sent out a notice to developers asking them to prepare for the launch of OS X Mavericks by testing their apps with the GM before submitting them to the Mac App Store for review.

“Make sure your app takes advantage of the great new features in OS X Mavericks when the world’s most advanced desktop operating system becomes available to millions of customers later this fall. Download OS X Mavericks GM seed and Xcode 5.0.1 GM seed, now available on the Mac Dev Center. Build your apps with these latest seeds, then test and submit them to the Mac App Store.”