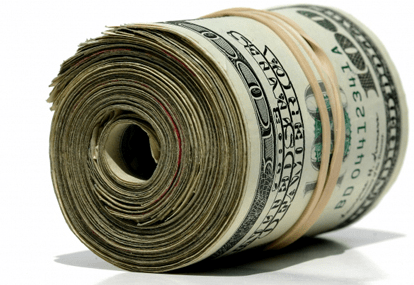 The most expensive in-app purchase in Real Racing 3

Call me suspicious, but offer me something for nothing and I’ll think it’s a scam. (Let’s face it, most of the time it is.) This is unfortunate, since we live in the Age of Free, the glorious era in which nobody pays for anything. Well, count me out.

This is the generation that decided everything should be free, and to hell with the consequences. Paying for music is now effectively optional: you can listen to most mainstream tracks on Spotify or YouTube without paying a penny, before even considering the illegal options. New TV episodes and films hit the torrents the moment the credits roll in the US. And if you download your movies illegally, you don’t even have to sit through the unskippable anti-piracy warnings.

Newspapers put everything online nowadays, and while a few have experimented with paywalls, it’s easy to get all your news and comment free; only genuinely unique content – name columnists, or something as idiosyncratically brilliant as Private Eye – commands a fee, and someone will probably tweet the best bits anyway.

But the most unavoidable aspect of the freevolution for an avid iOS gamer like me is the trend for iPad and iPhone apps to switch to the so-called freemium model. That’s the one that makes the game free to download, but then tries to make back its costs through in-app payments (IAPs).

This sounds good, and in a very few cases works well, but almost all freemium games either fail to make back their costs, or compromise their most fundamental game mechanics in search of IAPs.

Take Real Racing 3, for example. Macworld loved the first two Real Racing games, which were graphical masterpieces and played sweetly. But the third game broke with franchise tradition and went freemium. The game still looks and plays great, but mending your car between races is like talking to a particularly pushy double-glazing salesman. Don’t want to pay to fix that dent? See you in eight hours.

RR3 can be played without spending any real-world cash – veterans recommend getting a second car so you can race that while the first is being repaired – but the design is nevertheless, by financial necessity, built around throwing obstacles in your way and asking you to pay money to remove them. If any other form of entertainment – and certainly anything that aspired to call itself an art form – compromised itself so utterly to beg for your money, wouldn’t we be up in arms? Imagine a play where the actors took a break at a crucial moment unless the audience did a whip-round. Or a film that was padded out with footage of a man creosoting a fence, just so you’d buy more popcorn. 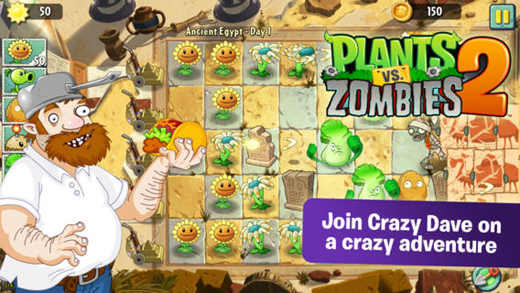 Plants vs Zombies 2: another game that has moved from a paid-for to a freemium model

My platonic ideal of game design is this. Someone comes up with a concept that is original and fun, and maybe even advances the medium a bit. Then the designers put all their effort into turning this concept into a game that is as enjoyable and thrilling and funny and moving as possible. If they do this well, they are rewarded financially by strong reviews (leading to high sales) and by satisfied players buying future releases.

Under freemium, the incentive is all cock-eyed. The goal is instead to create a game that’s compelling initially but frustratingly slow and obstacle-strewn later on, so the player is encouraged to spend real-world cash to skip ahead, or to seek the cheap gratification of collectibles or overpowered upgrades. Balance, a finely graded difficulty curve, a pleasurable and satisfying user experience – none of this is considered at all.

It all hearkens back to another supposedly golden era: the early days of the arcade. Games in those days would be built entirely around the need to attract passing youngsters with flash and user-friendly design in early levels, and then to impose absurd difficulty spikes once they were hooked, to get them pumping in 10p after 10p.

Many now worship that time – often complaining that the games of today are too easy, and that gameplay has been trumped by graphical polish – but I think they’re misremembering. Sure, some games used superb innovation and lateral thinking to work around the technological limitations of the time, but they would have done this regardless. And the artificial, unearned difficulty – making landing zones a single pixel wide, doubling the speed of the enemies – turned the later stages of most arcade hits into an extreme sport for obsessives only.

How to get free extra lives in Candy Crush

You always pay in the end

If you want nice things, they need to be paid for somehow. So if you don’t pay for them directly, the makers that survive will be the ones that work out how to get your money in other ways. And you might like those techniques a lot less.

We don’t pay for newspapers directly, so publishers come up with more and more intrusive advertising to monetise the content online. Half of us don’t pay for films directly, so the other half have to sit through those awful adverts; software piracy leads to crippling DRM on the legitimate copies. You always end up paying somehow. And of course, if you don’t pay for Real Racing or Plants vs Zombies, then you wind up with a gaming experience that’s hollow, and cynical, and embarrassingly grasping.

So sure, there are free lunches everywhere these days, but the cutlery costs extra and all the tables face a giant advertising billboard. And I’m not hungry.

In pictures: the most expensive iOS in-app purchases