It’s been three years since Apple last updated the iLife suite – iPhoto, iMovie and GarageBand – but during its 22 October event, Apple finally announced a new version of iLife for OS X. Here, we take a look at the new features in iLife, share iLife’s release date details and discuss iLife for Mac’s price in the UK.

One thing to note is that Apple’s iPhoto app is still described as part of the iLife ’11 suite, and hasn’t been updated to iLife ’14. This may mean that there’s a much bigger update in the pipeline.

Apple says that iPhoto – its photo editing and organising software – is now faster and smoother on thanks to its 64-bit performance. Suprirsingly, Apple has kept the old skeuomorphic corkboard and polaroids in iPhoto, something we imagined it would ditch with the update.

Thanks to the introduction of Apple maps in OS X Mavericks, you can now search and sort photos by location in iPhoto, and then display them on the new maps in Places mode. 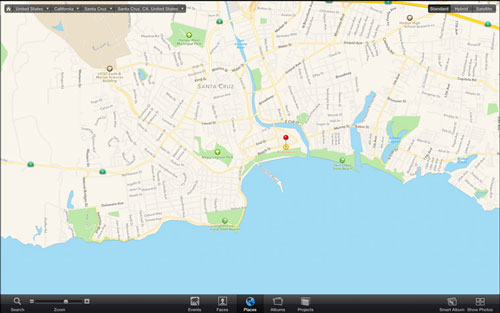 Apple has added support for iCloud Photo Sharing to iPhoto, so you can now post videos and photos to shared photo streams straight from the app.

Other additional features include the added support for iOS 7 camera filters that have been applied to photos imported from iOS devices, a new printing interface. There are also several bug fixes and reliability improvements, too.

iMovie – Apple’s video editing software – has been updated, too. It’s had a big of a redesign, so is now more streamlined than the previous version, and has 64-bit support just like the new iPhoto.

In addition to the new look, Apple had added some new features to iMovie. There’s a brand-new feature called iMovie Theater that is described by Apple as a “private screening room” that puts all your movies, trailers and shared cliips in one location. You can create a movie on your iPhone, and it’s available on all of your devices via iCloud in iMovie Theater, including the Apple TV. 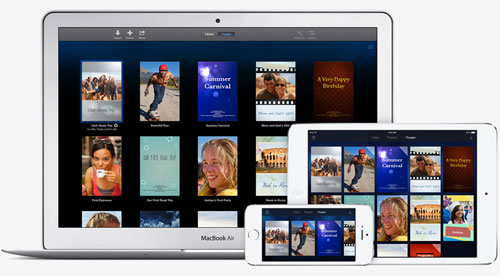 There’s a new video browsing mode that allows quick clip sharing, and a new adjustments bar to give easy access to video and audio controls. Apple says that it has simplified the editing tools here to let you improve the look of your movie easily. It’s now easy to speed up or slow down video, too.

There are 16 new title styles, 14 new trailer templates and eight new movie themes in the Mac version of iMovie, all from iMovie for iOS. You can now use photos in trailers, too.

Other improvements include the addition of one-click audio and video enhancements, the ability to adjust shadows, highlights and colour temperature, the ability to match the colour of two clips and more. There are new sharing options, too.

GarageBand for Mac has a new look too. Apple says that the music-making app has been “rebuilt from the ground up.”

Notable new features include the new Drummer tool, that plays along with your songs but takes your direction. You can choose between 15 different player types, including rock, alternative and R&B. 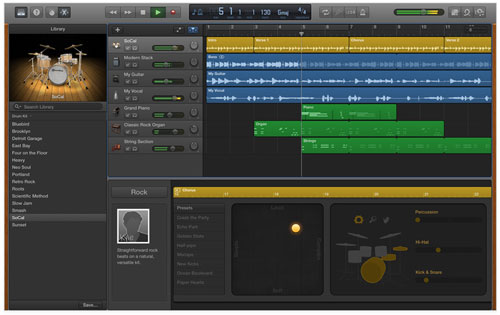 The new Sound Library has a new collection of sounds and instruments, and new Apple Loops, too. Smart Controls mean that you can shape a sound within the Sound Library using the knobs, buttons and sliders provided.

New iCloud support means you can start a song on your iOS device and then import it wirelessly to your Mac to continue working on it. If you have more than one Mac, iCloud means you can keep them all up-to-date.

All three of Apple’s iLife applications are free with the purchase of any new Mac. You can update to the new version of iPhoto, iMovie or GarageBand from your Mac for free if you’re running Mavericks.

You can update to the new iLife apps today.