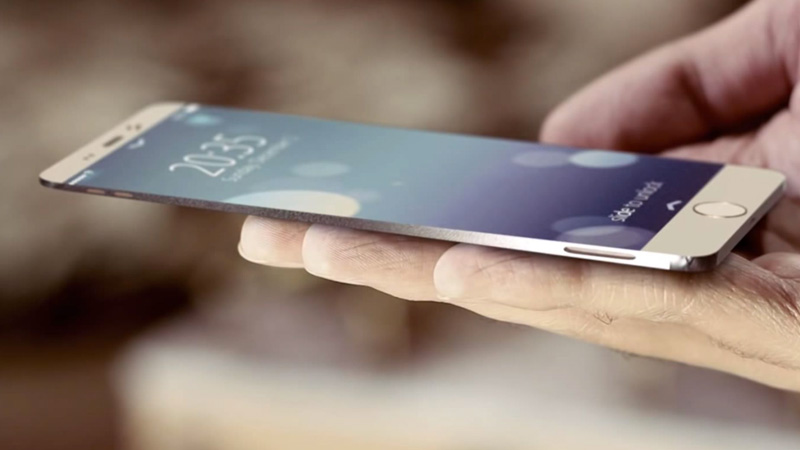 Apple’s iPad Air  arrived in November, representing the first major design change for the iPad since the iPad 2 was launched in 2011. It’s much thinner and lighter than its predecessor, weighing just 478g and measuring 7.5mm thick. The launch of the new iPad sparked speculation about what’s next for Apple’s iPhone. Will Apple make an iPhone Air instead of an iPhone 6? It’s certainly a possibility, and the Apple rumour mill is getting pretty excited about it. Here’s what the iPhone Air could look like.

The latest concept design to hit the web has caused a bit of a buzz among Apple watchers as it’s a very realistic-looking visualisation of what Apple could have up its sleeve.

Created by British graphic designer Sam Beckett, the iPhone Air concept shows an iPhone Air with a bigger display (4.7in) but 7mm thin (the iPhone 5s is 7.6mm thick). Watch the new concept being shown off in the video below.

Set Solution’s concept video of an iPhone Air shows a device that measures just 1.5mm at the top, gradually increasing to 3mm at the bottom. It weighs just 70 grams (40g less than the iPhone 5s) and has an edge-to-edge display. It also includes the Touch ID fingerprint sensor that was introduced with the iPhone 5s.

It’s lovely to look at, but we’re not sure it’s even possible to squeeze all of the tech required into such a thin chassis. We think it would be quite uncomfortable to hold, too.

Accessory makers Fuse Chicken have also come up with an iPhone Air concept that’s 40 per cent thinner than the iPhone 5s with a 4.9in screen achieved by thinner side-bezels that make an almost edge-to-edge screen. 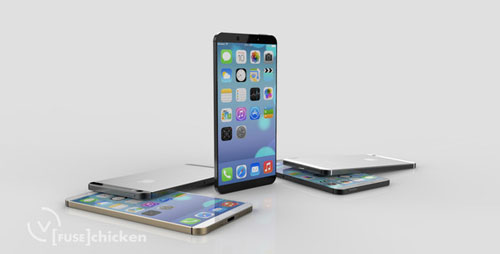 Fuse Chicken imagines an interactive touch panel that spans the width of the iPhone Air, and includes Touch ID technology.

Fuse Chicken has also added a front-facing flash to the iPhone in its iPhone Air concept, as well as touch capacitive volume buttons.

Of course, the concepts are based purely on wishful thinking, and aren’t supported by any evidence that Apple is actually going to launch an iPhone Air. However, there have been numerous reports that Apple is working on a bigger iPhone with a screen size closer to 5in, so we can’t rule out the possibility completely.

Here’s the video that Fuse Chicken created to show off the iPhone Air concept.