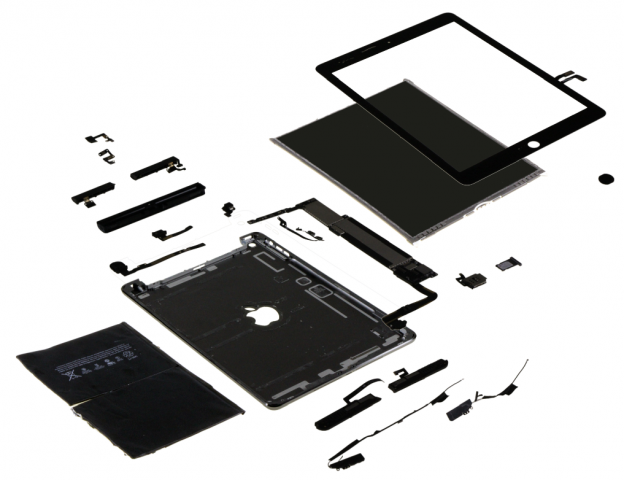 Apple’s iPad Air costs less to make than its predecessors, despite its more expensive display, according to a new report that reveals Apple’s gross margins for the iPad Air could be as much as 61 per cent.

AllThingsD obtained teardown analysis reports from research firm IHS this week, which include manufacturing cost estimates and a closer look at what’s inside the iPad Air.

Breaking the cost down further, IHS say that the display and touchscreen assembly have undergone some changes from the previous generations of full-size iPads, and that those changes have added to the cost of manufacturing the display.

According to IHS, it costs Apple about $90 for the display and $43 for the touchscreen, totalling $133. The parts are believed to come from LG Display and Samsung. 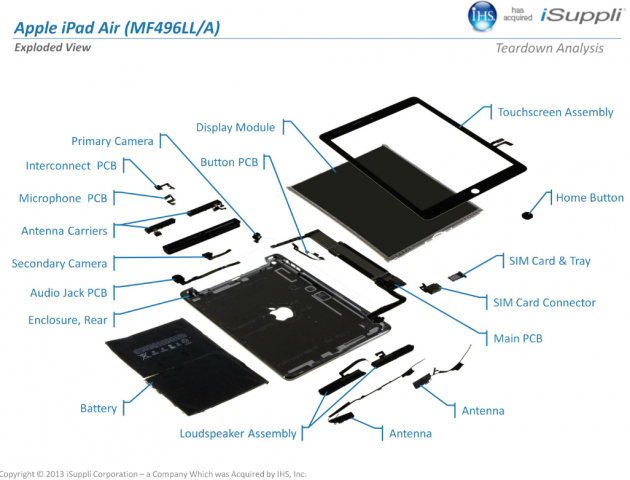 So what’s changed to make the iPad Air’s display more expensive? IHS’s Andrew Rassweiler told AllThingsD that there’s a new cyclic-olefin polymer sensor found beneath the iPad Air’s Gorilla Glass front. Now, there’s only one layer of glass as apposed to two found in previous full-size iPads, which has enabled Apple to reduce the thickness of the iPad.

There are less LED backlights, too. In fact, Apple has reduced the amount of LED backlights by more than half in the iPad Air, from 84 to just 36, thanks to brighter and more efficient LEDs and layers of light distributing optical film.

iPad buying guide: Should I buy an iPad 2 or iPad Air?

Despite the introduction of the new A7 chip, it actually costs Apple less for the Samsung-supplied processor than it did 18 months ago for the A5, according to IHS.

Will Apple release an iPhone Air?

How to set up the iPad Air

Should I buy a refurbished iPad?