Your Mac already gives you absolute control over everything that’s running. With Exposé, Spaces and Dashboard, no window’s ever too far away. With Lion, Mission Control brings all those features together in one place. With a simple swipe gesture, your desktop zooms out to Mission Control.

We searched for applications and features that will enable you to experience Mission Control features right now. 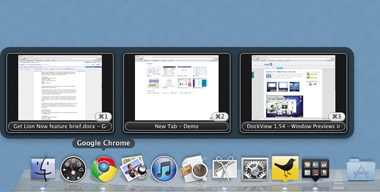 DockView adds features to OS X that enable you to see and interact with running applications, directly from the Dock.

With DockView running, you’ll see a live preview of any running application when you mouse over its Dock icon. DockView will show every instance of an application – even those running in other workspaces. To minimise confusion, each has an icon showing which Spaces workspace it belongs to.

To open any preview window to full size, you simply click on it. DockView also has keyboard shortcuts for window navigation.

Most impressively, DockView displays additional controls that enable you to use some applications while previewing them. Playback transport icons pop up when you preview iTunes, for example. When you access an Apple Mail window, there’s a Get Mail button. 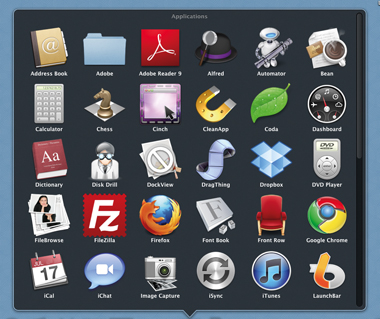 Yes – we’re reviewing a feature already in Snow Leopard. Mission Control is the next step on from the Exposé feature. But are you making the best of it?

To activate Exposé you hover your mouse over an active Dock icon, click and hold. The desktop fades away and all active windows associated with that icon come into view. Here’s a better trick. Click and hold on the Applications icon in your Snow Leopard Dock. A window appears, populated with application icons, ready to launch. Try other folders too. If you’re feeling really adventurous, Control clicking on active icons or folders in the dock pops up contextual menus you can use to configure Exposé behaviour. 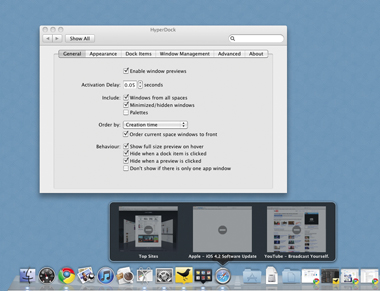 Combine your Exposé know-how with HyperDock and you’ll have  the closest thing to Lion’s Mission Control on Snow Leopard.

Similar to DockView, HyperDock adds live previews to active Dock icons when you hover the mouse over them. Hover over that live preview and you’ll get a full-size preview of the window, transposed over your current desktop. It doesn’t matter which desktop Space the application is active in, by the way. Frequently launched items can be assigned keyboard shortcuts. Other features include window snapping, letting you quickly bring windows to full size.

HyperDock’s one flaw is that poor interface design means window titles overlay application names generated by Exposé. As the application’s currently in beta and free, it’s worth a try until Lion comes along. 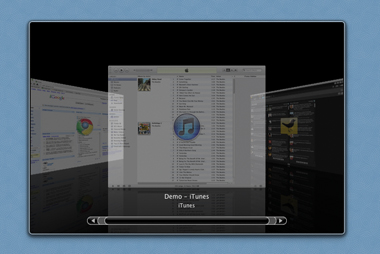 While the other tools we’ve previewed only tap into Lion’s   enhanced Exposé functionality in Mission Control, Switché offers a more rounded feature set – ideal for coupling with DockView or Exposé.

You get greater control over application switching, as it replaces the default icon bar that pops up with an iTunes-style coverflow window that you can flip through.

Highly configurable, you can set up keyboard shortcuts to go navigate active windows, exclude or force inclusion of applications and ignore certain windows. For us, Switché is more intuitive than Exposé, in the way it cycles through open windows and responds entirely to keyboard shortcuts.