Planning to buy a new Mac? Now comes the hard part: which Mac should you buy? That’s where we come in. We’ve tested every standard-configuration Mac model currently in Apple’s lineup, and we know each model inside and out. We’re happy to help you make a decision.

This buying guide explains all the Mac models available andwhich is best suited to which purpose. 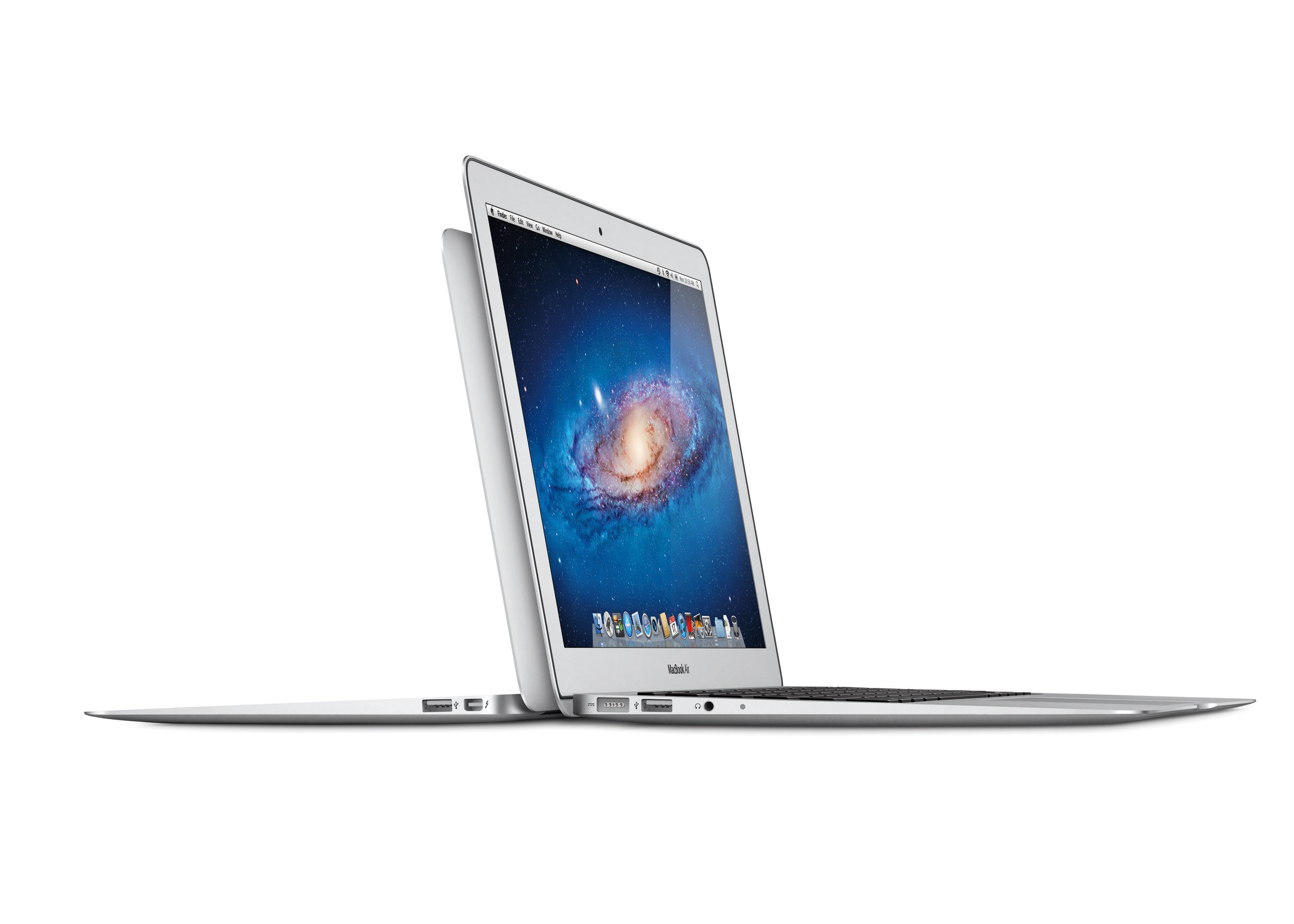 The MacBook Air has become Apple’s marquee laptop. Its thin, lightweight design makes it an ideal portable computer, and you no longer have to accept the feature compromises that older MacBook Air models required. As Macworld’s Jason Snell said in his review of the MacBook Air, “You get the distinct impression that it’s only a matter of time before all Mac laptops look like the Air.”

Since Apple discontinued the MacBook in July 2011, the MacBook Air is also Apple’s lowest-priced laptop at £849. This doesn’t mean it’s Apple’s least powerful laptop though, in fact it equalled the entry-level MacBook Pro in our speed tests.

Past MacBook Air models had just USB 2.0 connectivity; but the latest MacBook Airs feature Thunderbolt, a high-speed connector that widens the range of peripherals you can use. For example, the Sonnet Echo ExpressCard/34 Thunderbolt Adapter (£126, www.sonnettech.com) lets you connects FireWire and eSATA devices to the Thunderbolt port.

The MacBook Air is quite capable of handling everyday tasks, such as emailing, web browsing, using office applications, and more. You can even use it for editing short videos, and working with JPEGs from your iPhone or point-and-shoot camera. The 11in MacBook Air and entry-level MacBook Pro are among the slowest in Apple’s lineup (only the entry-level Mac mini is slower) but the 11in Air is still no slouch, thanks in part  to its flash storage.

Macworld’s buying advice Previous MacBook Air generations were thought of as niche laptops. But the latest MacBook Air is the ideal laptop for most Mac users. It’s a great combination of performance and portability. We wholeheartedly recommend it for all but the most intense processing  demands. Sure, it has less storage than other Macs, but an external drive can fix that issue.

The most recent MacBook Pro line was released in October 2011. The MacBook Pro continues to sport the aluminium unibody design that was introduced in 2008. The current models feature Core i5 and Core i7 processors and Thunderbolt ports that can be used to daisy-chain up to six devices at 10Gbps.

The 15in and 17in MacBook Pros feature integrated Intel HD Graphics 3000 and a discrete AMD Radion graphics chip. The 13in models use just an integrated Intel graphics processor, like the MacBook Air, but they have more features and processing power than that model. 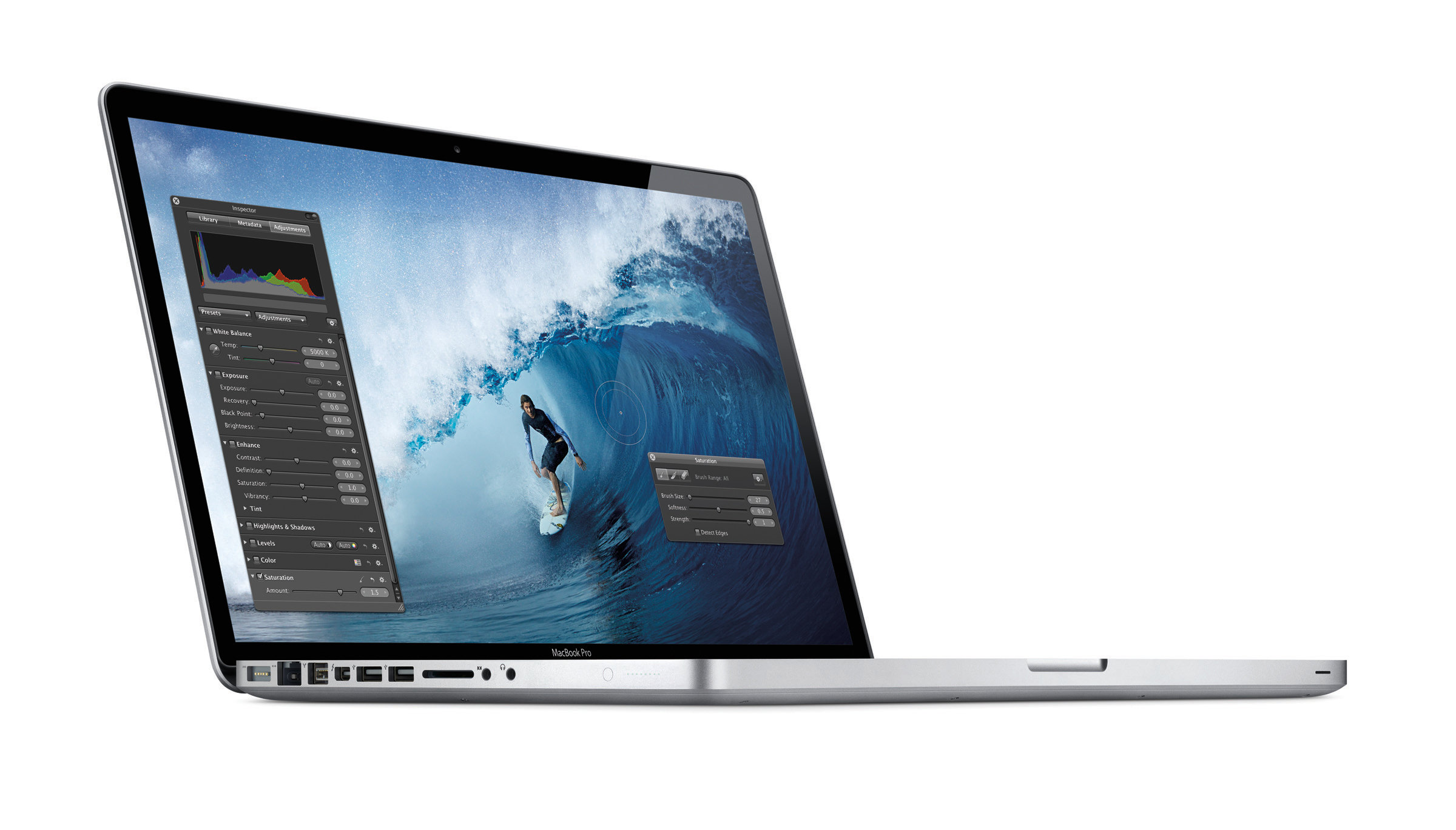 Macworld’s buying advice The MacBook Pro combines the performance of a desktop Mac with the portability of a laptop. If you want the fastest MacBook Pro, the 15in 2.4GHz Core i7 model is the one to get. If you just want a device for travel and are trying to decide between a MacBook Air and 13in MacBook Pro, go for the Air, unless you need the extra processing power and graphics capabilities for heavy-duty tasks or you want a Mac with FireWire built in.

Designwise, the 2011 Mac mini hasn’t changed much compared with its predecessor. It’s still a small, aluminium square that sits modestly on your desk.

The change that does stand out – and may influence your buying decision – is that the Mac mini no longer has a SuperDrive. If you want to burn music CDs or DVDs, or read data from an optical disc, you need to get an external optical drive, such as Apple’s SuperDrive, which costs £66. If you absolutely want an internal SuperDrive in your Mac, opt for a MacBook Pro or an iMac, but beware, the optical drive’s days are numbered as far as Apple is concerned. 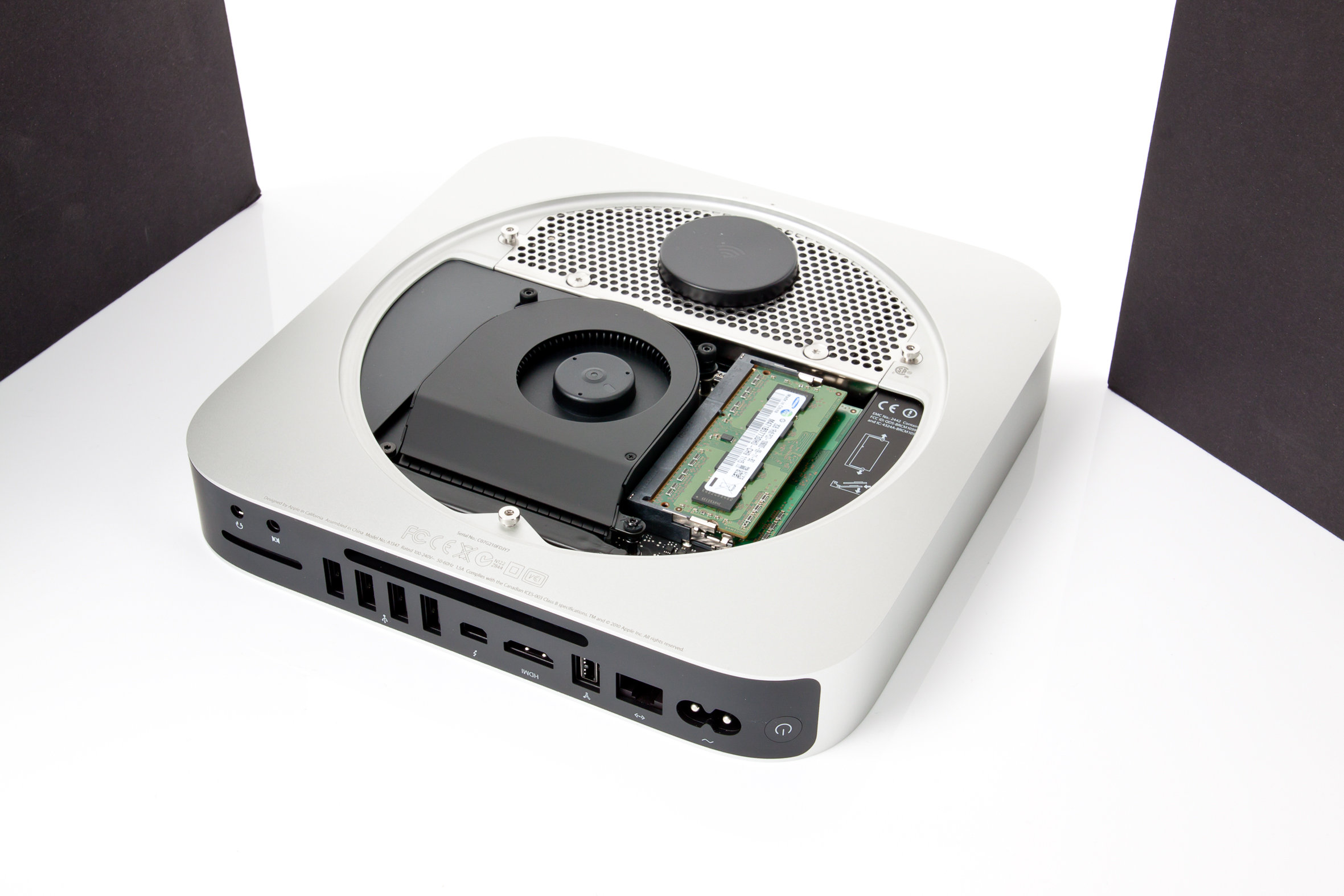 The Mac mini now has a high-speed Thunderbolt port, it also has an HDMI port, which hints at its suitability as a TV-attached media centre. There’s also a FireWire 800 port, four USB 2.0 ports, a Gigabit Ethernet port, an SDXC Card slot, and analogue/optical-digital audio input and output minijacks.

There is also a server version of the Mac mini for £849, which is perfect in a home or work environment with multiple clients to be managed as well as files to be shared.

The Mac minis lag significantly behind the iMacs, but for general-purpose use and editing of moderate-size videos and photos, the Mac mini will do fine.

Macworld’s buying advice The Mac mini continues to be a nice, affordable computer for new Mac users and people on a budget. It has enough power for everyone except professionals who demand top performance. Be sure to shop around for an external disc burner if you really need an optical drive, which may be the case if you were planning to use the Mac mini as a media centre device.

Apple hasn’t changed the design of its aluminium all-in-one desktop computer for a few years now, because it’s a design that works. It elegantly fits the components and display into an iconic form.

The iMacs are available with 21.5in and 27in widescreen displays. All iMacs come standard with 4GB of RAM, a SuperDrive, WiFi, Bluetooth, Gigabit Ethernet, a FaceTime HD camera, four USB 2.0 ports, a FireWire 800 port, an SDXC Card slot, audio in and out jacks, and built-in speakers. A Thunderbolt port is also included. 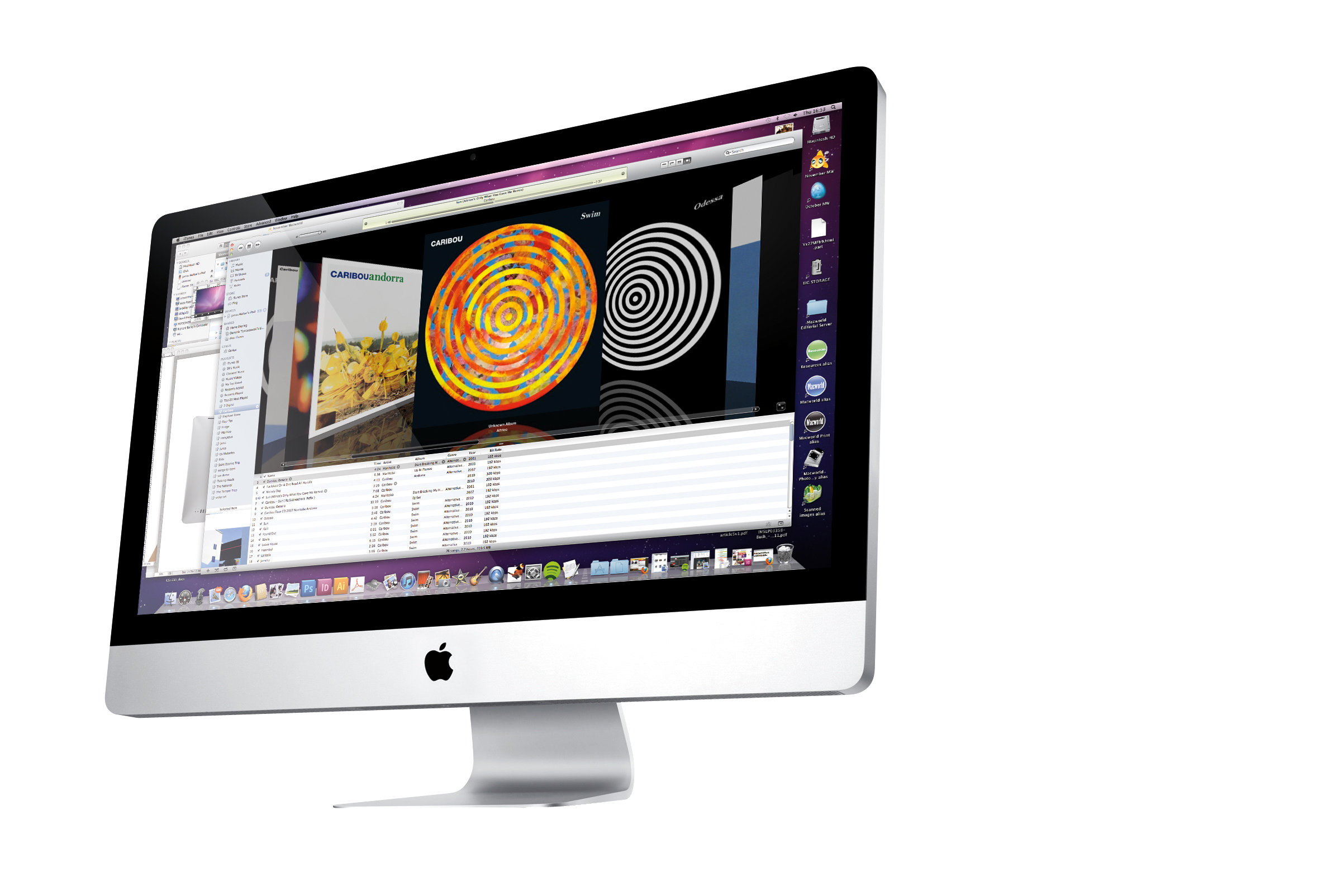 The four 2011 iMacs are considerably faster than the systems they replace. If you exclude the £4,083 12-core Mac Pro, the £1,649 iMac ranks as the fastest standard-configuration Mac. In fact, all of the iMacs, except for the £999 model, compete very well on performance when compared to the Mac Pro, which hasn’t been updated since July 2010.

Macworld’s buying advice The £999 21.5in 2.5GHz Core i5 iMac offers the most bang for the buck. If you want top performance, go for the £1,649 27in 3.1GHz Core i5 iMac. In fact, if you want a computer for heavy-duty processing work, we recommend you consider an iMac over a Mac Pro, as long as you can work with the glossy screen. The only difference between the £1,249 and £1,399 iMacs is screen size.

Apple hasn’t updated the Mac Pro since August 2010. Rumour has it that Apple may even stop making the tower Mac. But for now, it’s still available, and it’s still a solid computer for the most demanding users.

The entry-level Mac Pro features a quad-core processor, while the top configuration has 12 processing cores. In between is a model with eight processing cores. All the standard-configuration models feature a 1TB ATI Radeon HD 5770 graphics card, a 1TB hard drive, four hard-drive bays, four PCI Express expansion card slots, four FireWire 800 ports, five USB 2.0 ports, two independent Gigabit Ethernet ports, WiFi, Bluetooth, and audio in/out jacks. The Mac Pro is the only Mac that is not equipped with Thunderbolt, despite being the model you would assume would best suit users of Thunderbolt-ready devices. 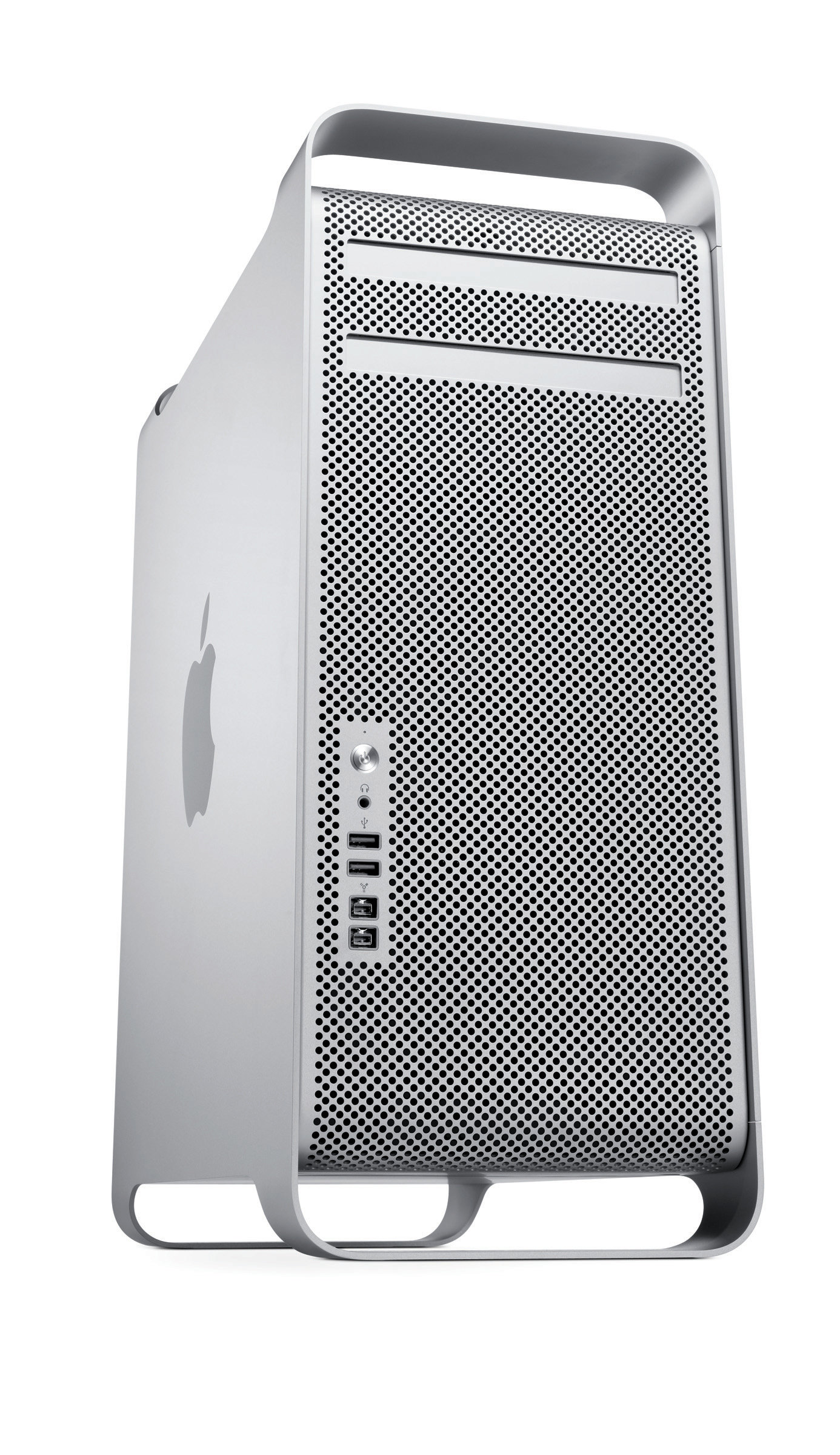 The real attraction of the Mac Pro is its ton of build-to-order options: you can add more RAM – up to the 16GB for each Mac Pro; fill four drive bays with additional hard drives or solid-state drives, and even configure them as a RAID; add a second SuperDrive; upgrade the graphics card; and more.

The Mac Pros excel when running software that takes advantage of multiple processing cores, such as high-end video-editing programs, 3D graphics applications, image editors, professional audio software, and such like.

But with general, everyday tasks (emailing, web browsing and office applications), the Mac Pro performs on a par with the iMac. In our benchmarking tests, the £1,649 27in iMac with a quad-core 3.1GHz Core i5 processor actually outpaced the £2,041 and the £2,859 Mac Pros; however, when running applications designed to use multiple cores, those two Mac Pros were faster than the £1,649 iMac.

Macworld’s buying advice The Mac Pro is ideal for the most demanding user, one who uses high-end applications and wants hardware expandability and the ability to upgrade the graphics card, for example.

Yes, the machines are expensive, but they’re well worth it for professionals. If you don’t need expandability but still need speed, consider the 27in 3.1GHz iMac.